Villarreal and Athletic Bilbao go head-to-head in a pivotal top-half La Liga clash at the Estadio de la Ceramica, with a coveted sixth-place finish up for grabs.

Villarreal will take the field in a confident mood after pulling off a stunning 1-0 home victory over Bundesliga powerhouse Bayern Munich in midweek Champions League action. However, things are not looking as bright for ‘El Submarino Amarillo’ in domestic proceedings, as back-to-back defeats to relegation-threatened Cadiz and Levante ‘to nil’ saw them fall six points adrift of the six-point pace. Bilbao’s visit to La Ceramica could add more problems, given that Unai Emery’s men are winless in their four top-flight H2Hs on home turf (D3, L1), netting under 1.5 goals on each occasion. Goals have been in short supply for Villarreal of late too, as they’ve scored one goal or less in four of their last five home outings in all competitions.

In the meantime, Athletic Bilbao’s bid to qualify for a European competition next season was handed a leg-up last weekend. Marcelino’s team defeated bottom-half Elche 2-1 at home to end a run of consecutive La Liga matches without winning (D1, L1). However, the visitors have now failed to keep a clean sheet in their last five league games. What’s more, they have lost three consecutive La Liga away fixtures by an aggregate score of 8-2 since beating Ray Vallecano 1-0 in late January. Another defeat here would see Athletic lose four away league outings on the bounce for the first time since March 2018. Scoring first would ease those fears, especially considering ‘Los Leones’ have won just one of their seven away league matches after conceding the opening goal (D2, L4). 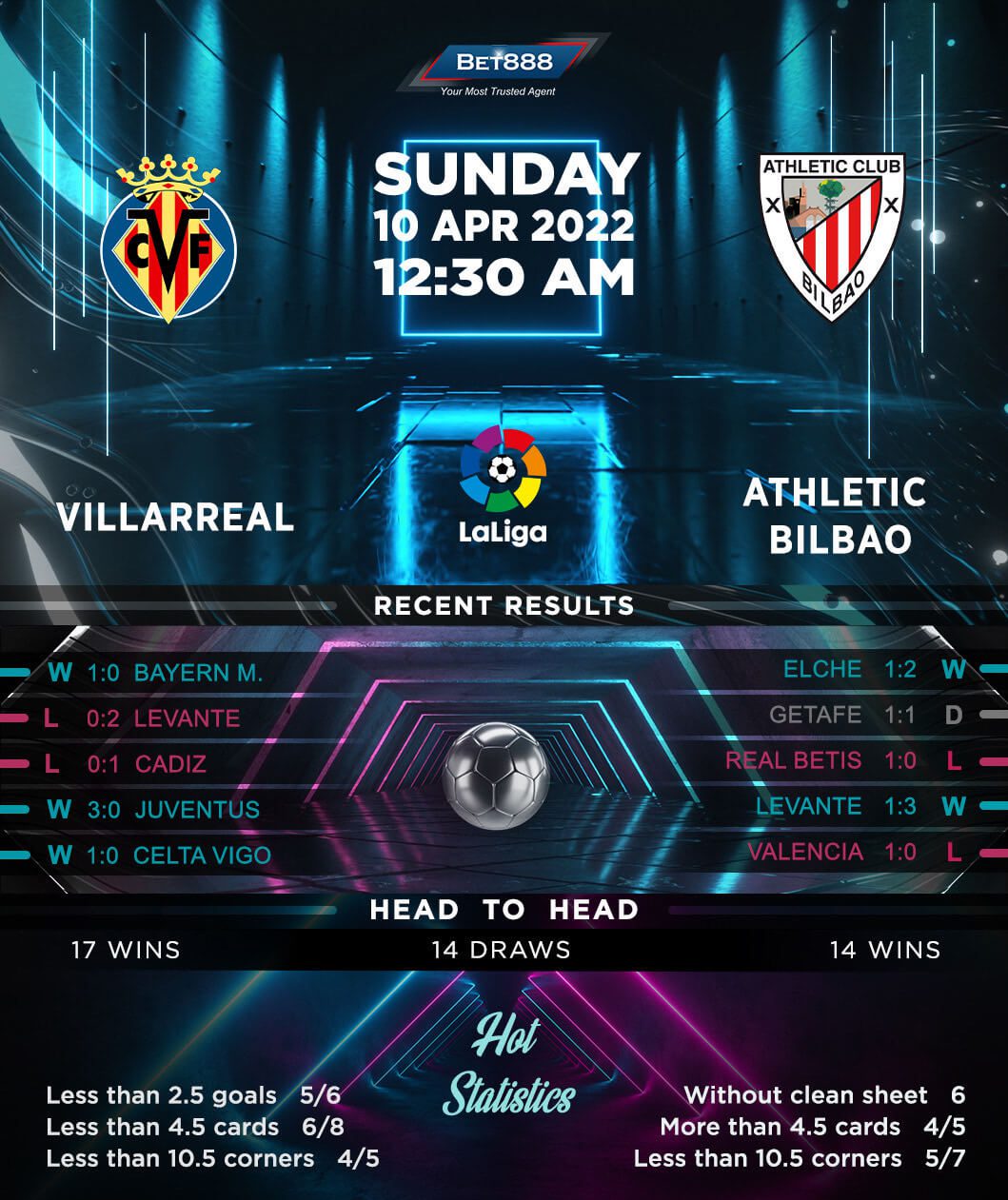