Manchester United head to the Estadio de la Ceramica to take on Villarreal in a crunch UEFA Champions League encounter in the wake of Ole Gunnar Solskajer’s sacking.

A 1-1 draw away to Celta Vigo over the weekend extended Villarreal’s indifferent start to this La Liga campaign (W3, D7, L3), which is a sharp contrast to their Champions League fortunes so far. Barring a painful 2-1 defeat to Man United in the reverse fixture at Old Trafford, ‘El Submarino Amarillo’ have avoided defeat in their remaining three Group F matches (W2, D1). Though they take the field level on points with United at the top of the group, Villarreal could still drop to third if they fail to win here and Atalanta beat Young Boys in their encounter in Switzerland. Worryingly, the Spaniards have never defeated English opponents in the Champions League proper (D6, L5). Moreover, current boss Unai Emery has only won one of his eight managerial fixtures against Man United (D4, L3).

In the meantime, Manchester United have picked themselves up from a frustrating 2-1 away loss to Young Boys on Matchday 1, stringing together three straight Champions League matches without losing (W2, D1). Interestingly, the ‘Red Devils’ have avoided defeat in all three Group F games in which they conceded first, while they lost the only match when scoring the opener. United’s well-documented defensive struggles that saw them succumb to a 4-1 defeat to Watford over the weekend remain an issue. Man United have yet to keep a clean sheet in the Champions League this season, letting in an average of 1.75 goals per match. Though it may sound ridiculous, a tally of seven goals conceded after four group matches could be a good omen, as the last time they shipped as many at this stage of a Champions League campaign, they went on to lift the trophy. 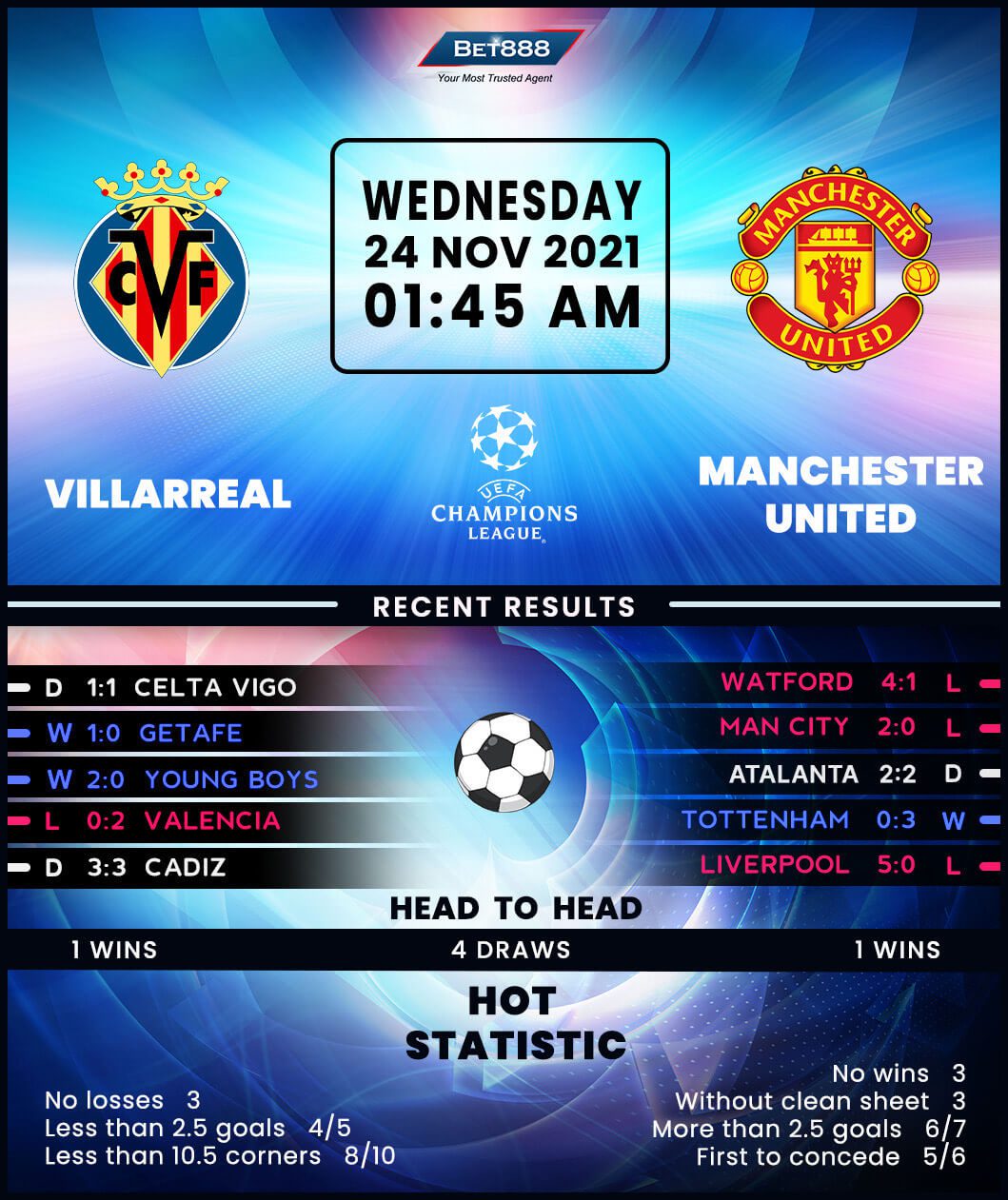