Estadio de la Ceramica is the venue as Villarreal and Osasuna go head-to-head in a hard-to-predict La Liga showdown.

A return of five draws from the seven La Liga fixtures this season sums up Villarreal’s reputation as the ‘stalemate kings’ in a nutshell, though it’s worth noting that they’ve won two of their last three league outings by an aggregate score of 6-1. Despite heading into this matchday as the only side yet to lose a La Liga match this term, the hosts have spent almost the entire season in the bottom half of the table. Though the reputation precedes them, none of Villarreal’s last four La Liga home meetings with Osasuna have ended level (W3, L1), with each encounter won/lost in that sequence seeing the victory fail to keep a clean sheet. Interestingly, Unai Emery’s men have yet to fall behind in La Liga this season, a feat no other side has managed to replicate thus far.

In the meantime, since a brace of goalless stalemates in their opening two La Liga matches, Osasuna haven’t drawn any of their subsequent six league games (W4, L2). Occupying an unexpected fifth place ahead of the kick-off, Osasuna will be looking to win back-to-back La Liga encounters against Villarreal on the road for the first time in the club’s history. Though a 2-1 win in this exact fixture last season halted Osasuna’s three-match losing away H2H streak, the visitors have now failed to keep a clean sheet in their last six La Liga visits to the Estadio de la Ceramica, conceding an average of 2.5 goals per game in the process. On the bright side, though, they are unbeaten in four straight La Liga matches held in the Valencian Community (W2, L2). 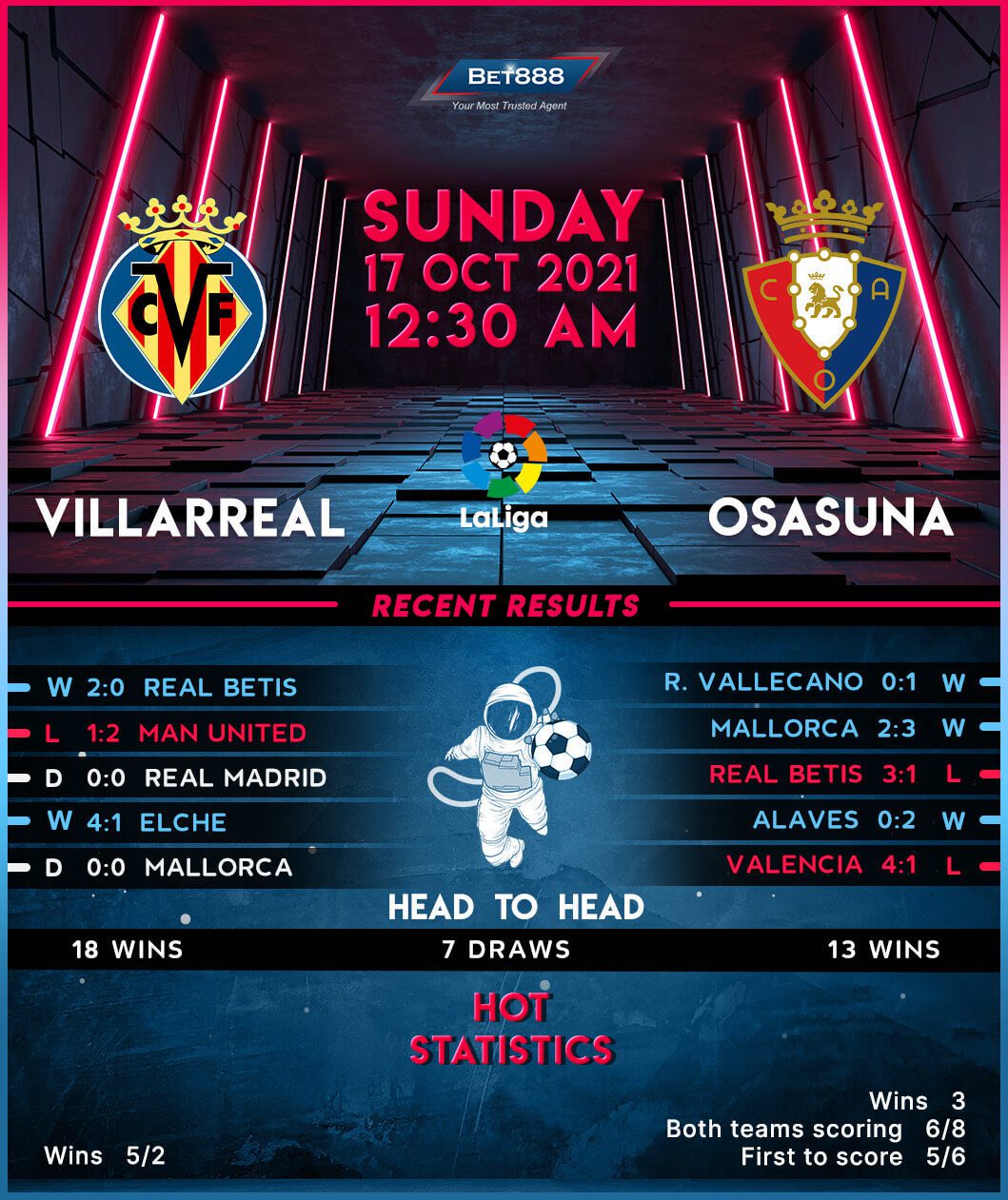