Villarreal and Osasuna will trade tackles at the Estadio de la Ceramica in a potentially high-scoring La Liga contest. Each of their last six top-flight H2Hs has seen over 2.5 goals and both teams on the scoresheet, with five featuring 4+ FT strikes.

After going winless in eight successive La Liga matches (D5, L3), Villarreal have now won three in a row by an aggregate score of 8-2, scoring the opening goal within ten minutes on each occasion. A victory here would see ‘El Submarino Amarillo’ put together four triumphs in the competition for the first time since 2016. Unai Emery’s men have earned a reputation for being ‘stalemate specialists’ after drawing more La Liga games (13) than any other side in the Spanish top-flight this season. Having that said, none of Villarreal’s last three home league fixtures have ended level (W1, L2), with each result (win/loss) witnessing the victor score in both halves. The hosts have not lost any of their last five La Liga encounters with Osasuna at home (W4, D1), winning each of the last three by the identical 3-1 scoreline.

On the other hand, the visitors have produced three consecutive La Liga scoreless stalemates after either winning or losing their previous seven outings in the competition (W4, L3). The ‘clean-sheet’ theme has highlighted Osasuna’s recent league fixtures as eight of the last nine have seen one or both sides fail to get on the scoresheet. Entertainment has been relatively sparse in Osasuna’s recent away La Liga matches as each of the last four has featured under 1.5 FT goals on the back of a goalless first-half. Only Getafe (9) have netted fewer away league goals than ‘Los Rojillos’ (10) this season, with Jagoba Arrasate’s men managing an average of 0.71 goals per La Liga trip thus far. Topically, Osasuna’s tally of four-second half goals scored on the road this term is the joint-worst in the league. 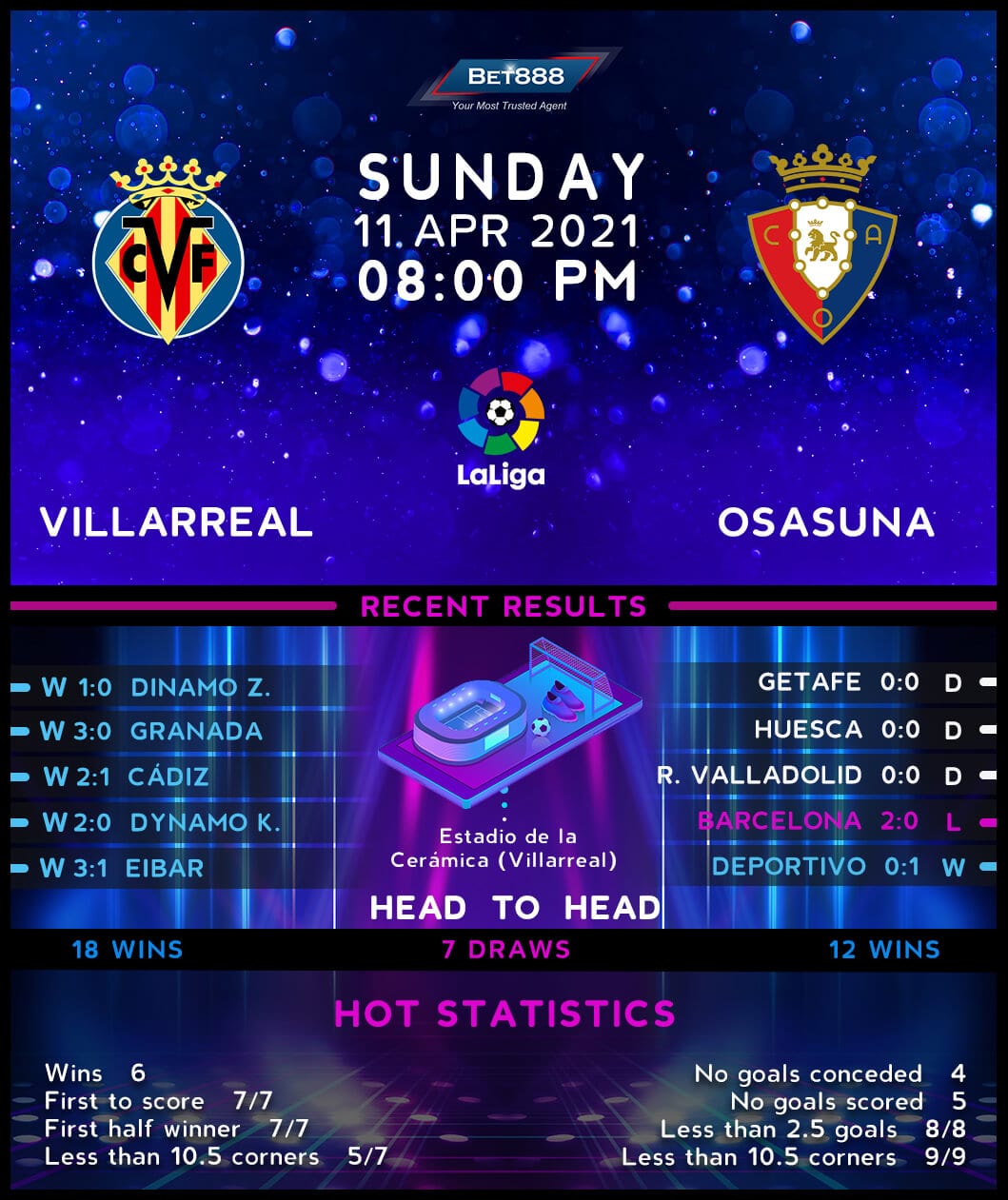