Kapten I Wayan Dipta Stadium is the venue as Visakha and Bali United go head-to-head in the second round of the AFC Cup fixtures.

Visakha got their AFC Cup Group G off to a flyer, coming from a 1-0 halftime deficit to beat Kaya 2-1 on the road in their section curtain-raiser. Including that result, the hosts have alternated between victories (2) and defeats (2) across their last four competitive outings. Curiously, three matches (win/lost) in that four-game sequence yielded an identical 2-1 scoreline. But it’s not all shine and glow for Viaskha, especially on home turf. Lee Tae’hoo’s men have suffered four defeats across their last five home fixtures (W1), all competitions included. Three of those four losses came by a narrow one-goal margin, with two featuring the same 2-1 scoreline.

In the meantime, Bali United scored on either side of halftime to beat Kedah 2-0 at home in their AFC Cup Group G opener. That triumph forms part of a two-game winning streak across all competitions, during which they did not concede a single goal. The ‘Tridatu Warriors’ have gone from strength to strength since the calendar year flipped to 2022. They’ve ended up on the losing side in just three of their 22 competitive matches (W17, D2) this year. Before being held to a 1-1 draw at Persib Bandung in the domestic cup competition, Bali United had won eight consecutive fixtures on hostile turf. 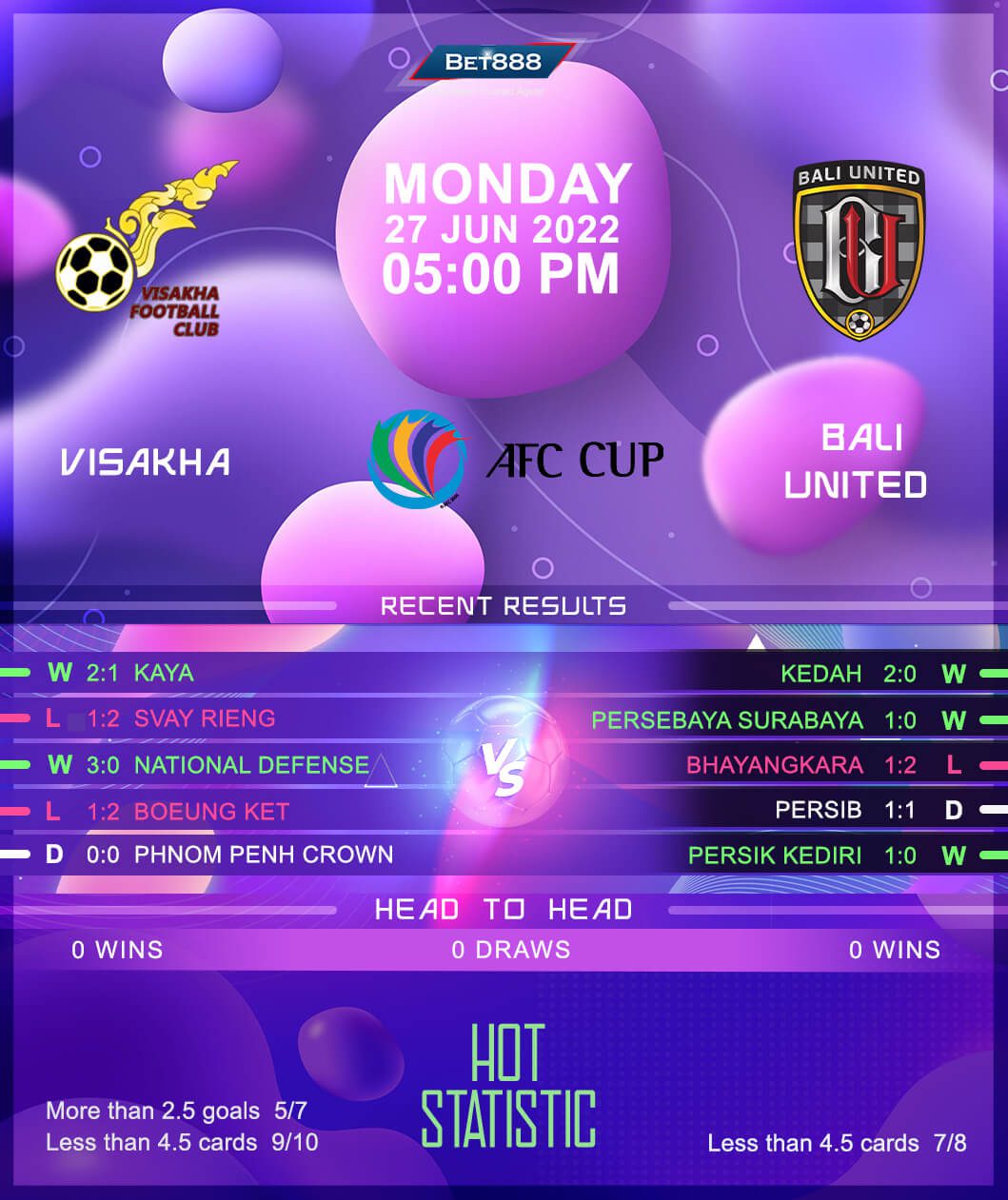