Vissel Kobe and Urawa Reds will face-off against each other at the Noevir Stadium in the first leg of their YBC Levain Cup last-16 tie.

Kobe’s inability to establish any kind of consistency has seen them alternate between all three outcomes (win/draw/loss) across their last six competitive matches (W2, D2, L2). Interestingly, both stalemates in that spread of games yielded the same 1-1 scoreline, while each defeat came by a 2-0 FT score. Atsuhiro Miura’s men have been somewhat ‘stalemate specialists’ at home lately, drawing six of their previous nine home fixtures (W2, L1), including the last three in a row. Having that said, none of their last seven competitive home meetings with Urawa have ended level (W2, L5), with four of them yielding a single-goal margin. Entertainment has been at a premium at the Noevir Stadium this calendar year, as ten of their 11 competitive games here in 2021 have featured under 2.5 total goals.

Meanwhile, the visitors have gone from four consecutive victories to back-to-back draws. Interestingly, each triumph during the abovementioned four-game winning streak saw Urawa score 2+ goals and keep a clean sheet. On the road, though, they have picked up just a single victory in their last four competitive outings (D2, L1), conceding over 1.5 goals in each game they didn’t win. That’s not the kind of statistic Urawa will be looking to dwell on ahead of this trip, considering they’ve let in 2+ goals twice in their last three away H2Hs against Kobe. Encouragingly, free-scoring Urawa have bagged at least two goals in four of their previous five matches away from home, averaging 2.5 strikes per game. 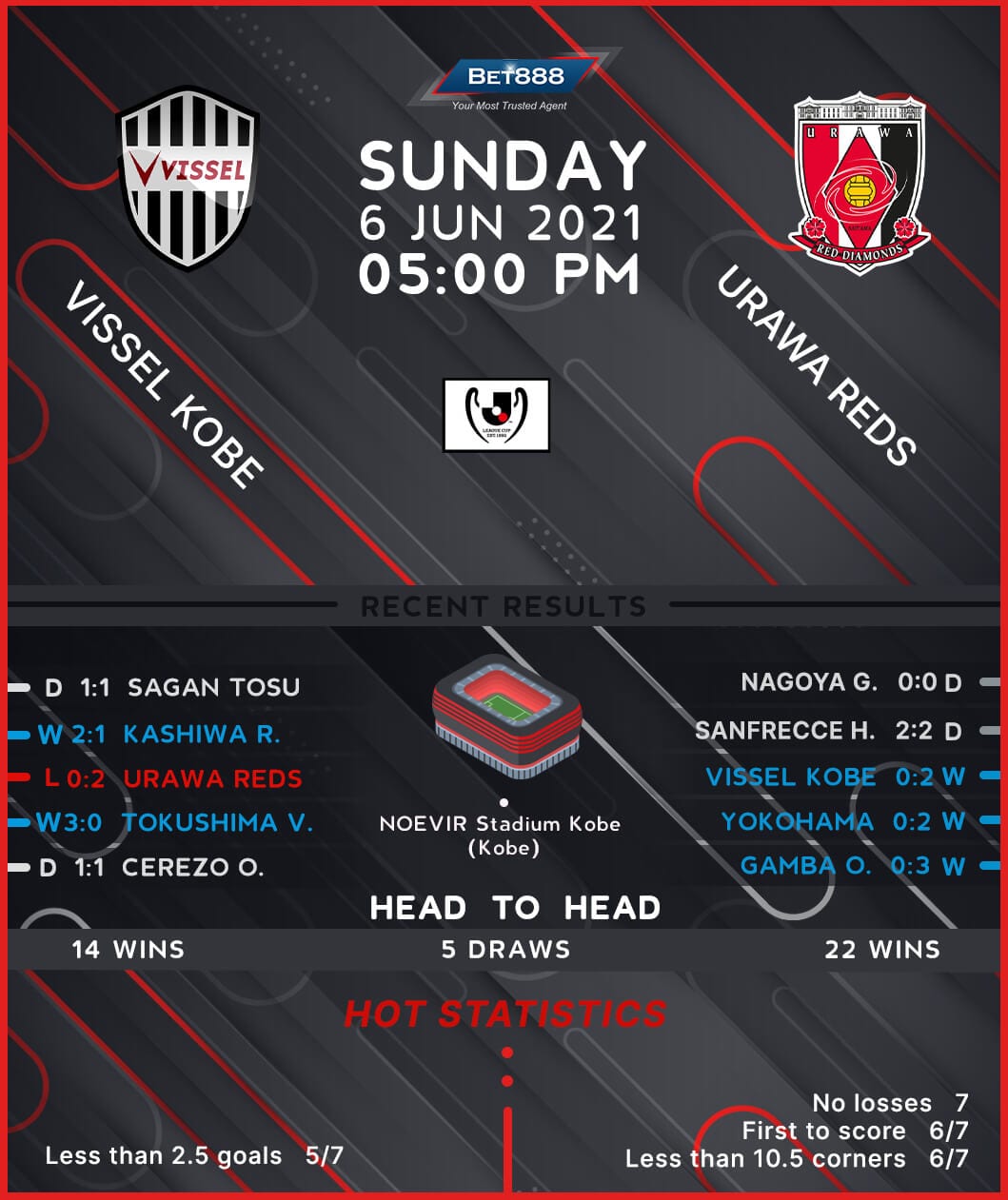