World Cup Qualifying Matchday 3 gets underway this midweek, as Wales and the Czech Republic go head-to-head at the Principality Stadium.

Wales started Matchday 1 with a 3-1 away defeat to Belgium, but they come into this encounter on the back of a 1-0 win over Mexico in an international friendly. Since succumbing to a 3-1 loss to Denmark in November 2018, the ‘Dragons’ have gone unbeaten in seven competitive home matches in a row (W6, D1), with four of those six victories yielding a narrow one-goal margin. Overall, Rob Page’s men have not lost any of their last 11 home games (W9, D2), mainly prevailing in tight and low-scoring contests. Indeed, ten fixtures during that sequence saw Wales register a first-half shutout, with nine featuring under 2.5 total goals. In turn, both of their previous meetings with the Czech Republic on home soil have produced the identical 0-0 scoreline.

Meanwhile, the Czech Republic were held to a 1-1 home draw to Belgium last time out after hammering Estonia 6-2 on the road on Matchday 1, as they take the field unbeaten in four competitive matches (W3, D1). Interestingly, the abovementioned stalemate was the Czechs’ first after 35 games overall (W20, L15), marking the fourth fixture in their last six to feature under 2.5 FT goals. Away from home, the visitors’ last draw was against Norway in June 2017, with Jaroslav Šilhavý’s men either winning or losing their subsequent 21 matches on the road (W11, L10). Yet, their recent away games have been notably tight, as four of the last five have yielded a full-time margin of a single goal. But a quick start is well on the cards, as each fixture in that five-game stretch saw the opener scored within 15 minutes. 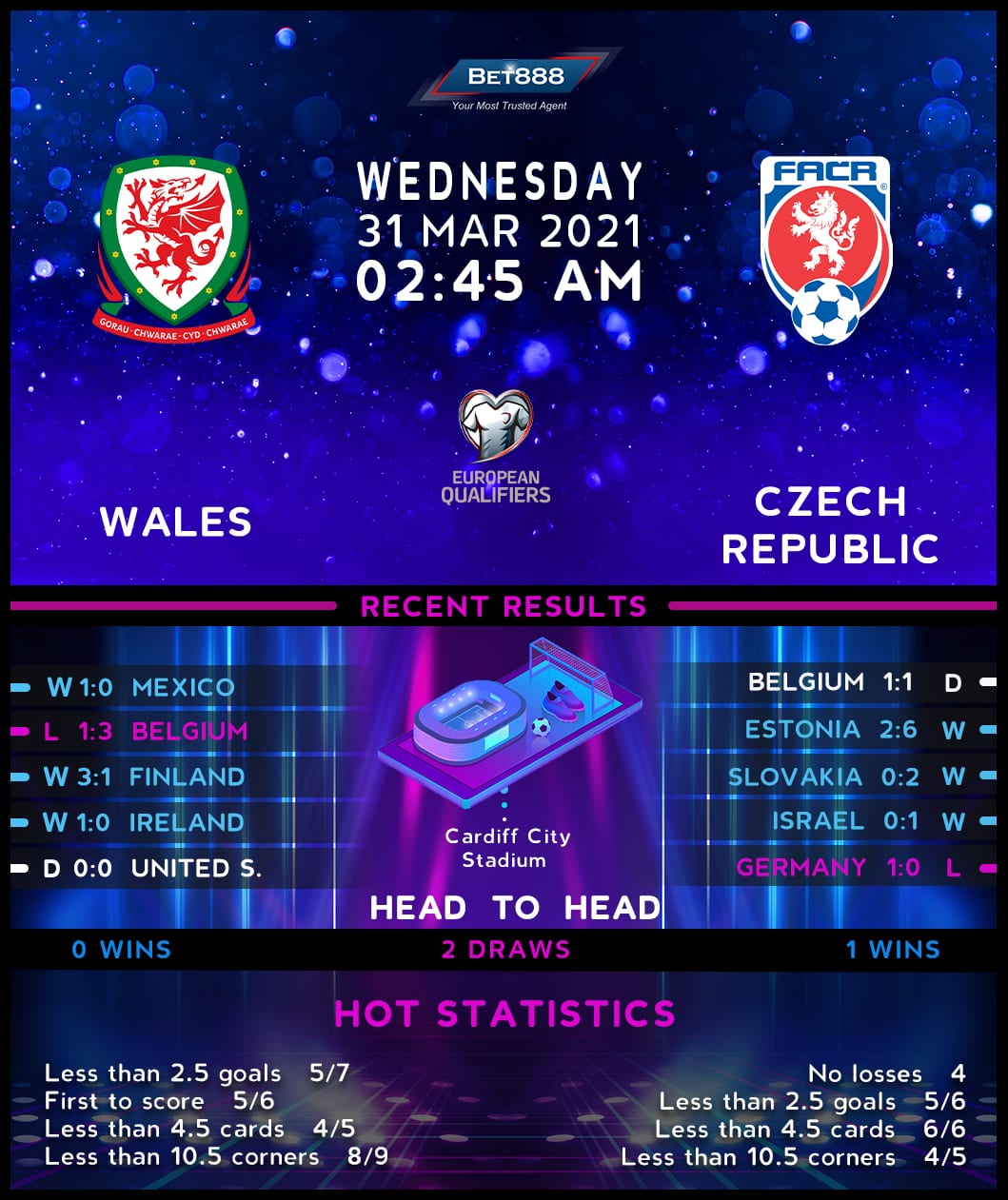