Wales and Switzerland will lock horns at the Baku Olympic Stadium in their Euro 2020 Group A opener.

Wales have appeared at major international tournaments only twice before, albeit they have managed to make it out of the group stage on each occasion, reaching the semi-finals at Euro 2016. Indeed, the ‘Dragons’ were the first debutant to qualifying for the final tournament’s final four since Sweden in 1992. However, Rob Page’s men have failed to impress in the attacking third lately, drawing a blank in both of their warm-up matches against France and Albania. Topically, they scored an average of just 1.25 goals per game in the Euro 2020 qualifying campaign, netting a total of ten goals in eight fixtures – the joint-lowest of all the 24 sides to reach Euro 2020. Before claiming a 2-0 win in their most recent competitive meeting with Switzerland, Wales had lost their previous three encounters by an aggregate score of 8-1.

On the other hand, Switzerland’s fifth appearance at the UEFA European Championship will see them try to reach the knock-out stages for only the second time. But the ‘Nati’ have experienced all sorts of problems at the Euro finals when it comes to scoring, having netted over 1.5 goals only once in their last 13 matches in the final competition. With that said, Vladimir Petkovic’s men have bagged 3+ goals in four of their previous six outings, getting on the scoresheet within the first 21 minutes of play on each occasion (excluding an ‘awarded’ win over Ukraine). Indeed, Switzerland head into Euro 2020 in the midst of a purple patch, having gone from seven consecutive games without winning (D3, L4) to six triumphs on the trot. 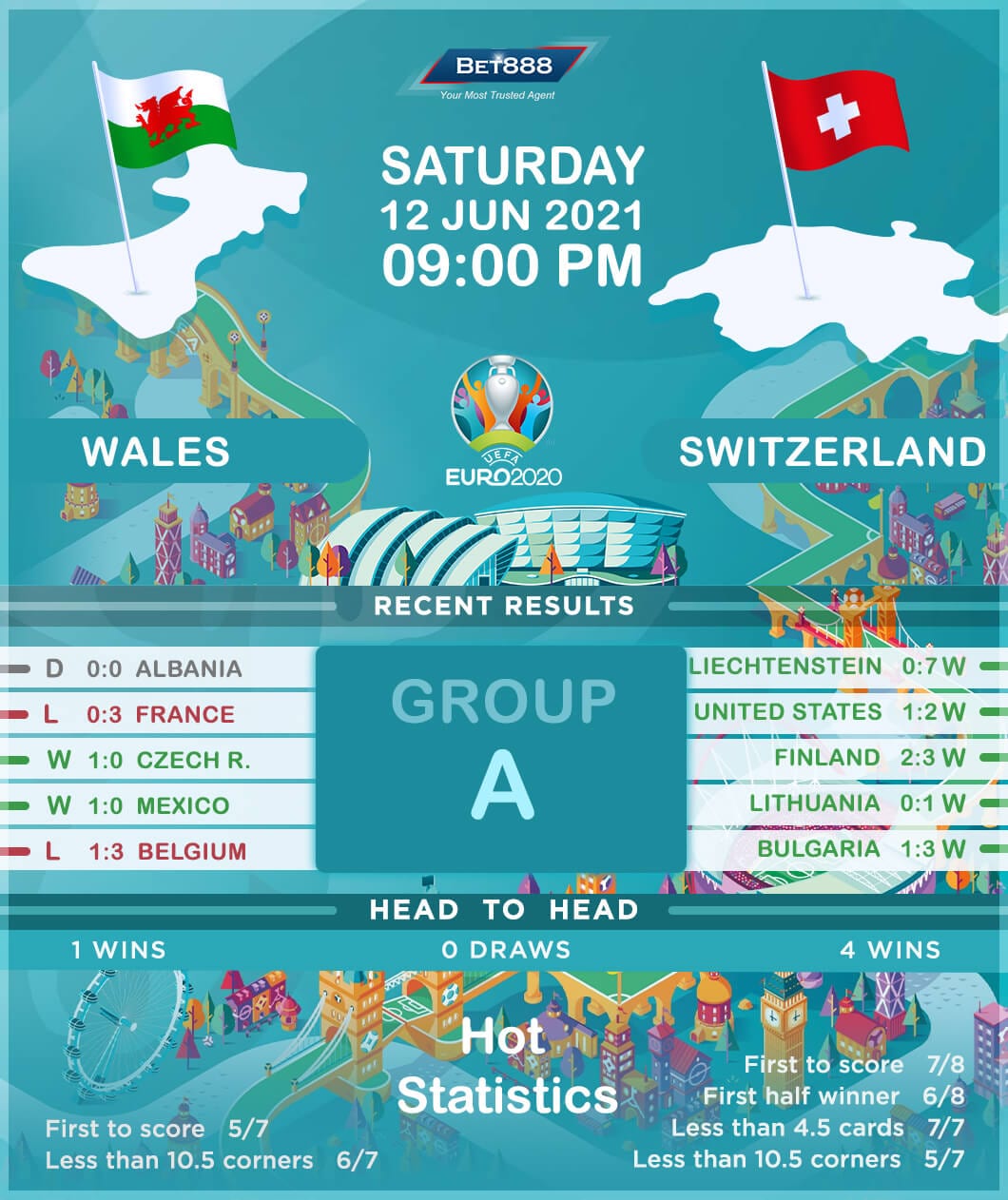