Vicarage Road is the venue as Watford and Chelsea go head-to-head in an intriguing Premier League showdown.

Claudio Ranieri’s visit to his beloved King Power Stadium at the weekend didn’t go according to plan, as Leicester City hammered his Watford side 4-2. A midweek encounter against another of his ex-employers could pour more misery on the ‘Hornets,’ who have lost five of their last seven Premier League matches (W2). Curiously, just one of Watford’s ten Premier League fixtures at Vicarage Road since January 2020 has ended level (W4, L5), with their most recent league outing here yielding an overwhelming 4-1 victory over Manchester United. However, taking another big scalp looks unlikely, as they’ve lost seven of their last eight top-flight meetings with Chelsea (W1), conceding an average of 2.6 goals per game in that run. Indeed, Watford have lost back-to-back Premier League H2Hs at home and could make it three H2H home league defeats in a row for the first time in history.

Meanwhile, Chelsea could only manage a 1-1 home draw with Man United at home over the weekend despite attempting a staggering 24 shots on goal. Yet, since falling to a 1-0 home defeat to Manchester City in late September, Thomas Tuchel’s men have gone unbeaten in their last seven Premier League matches on the trot (W5, D2), keeping a clean sheet in four of those five victories. Away from home, the ‘Blues’ have yet to lose a single league game this season (W5, D1), conceding the division-low one goal in the process. What’s more, they have won their last four Premier League away fixtures ‘to nil’ and could make it five consecutive away top-flight triumphs without conceding a single goal for the first time since December 2008 under Luis Felipe Scolari. 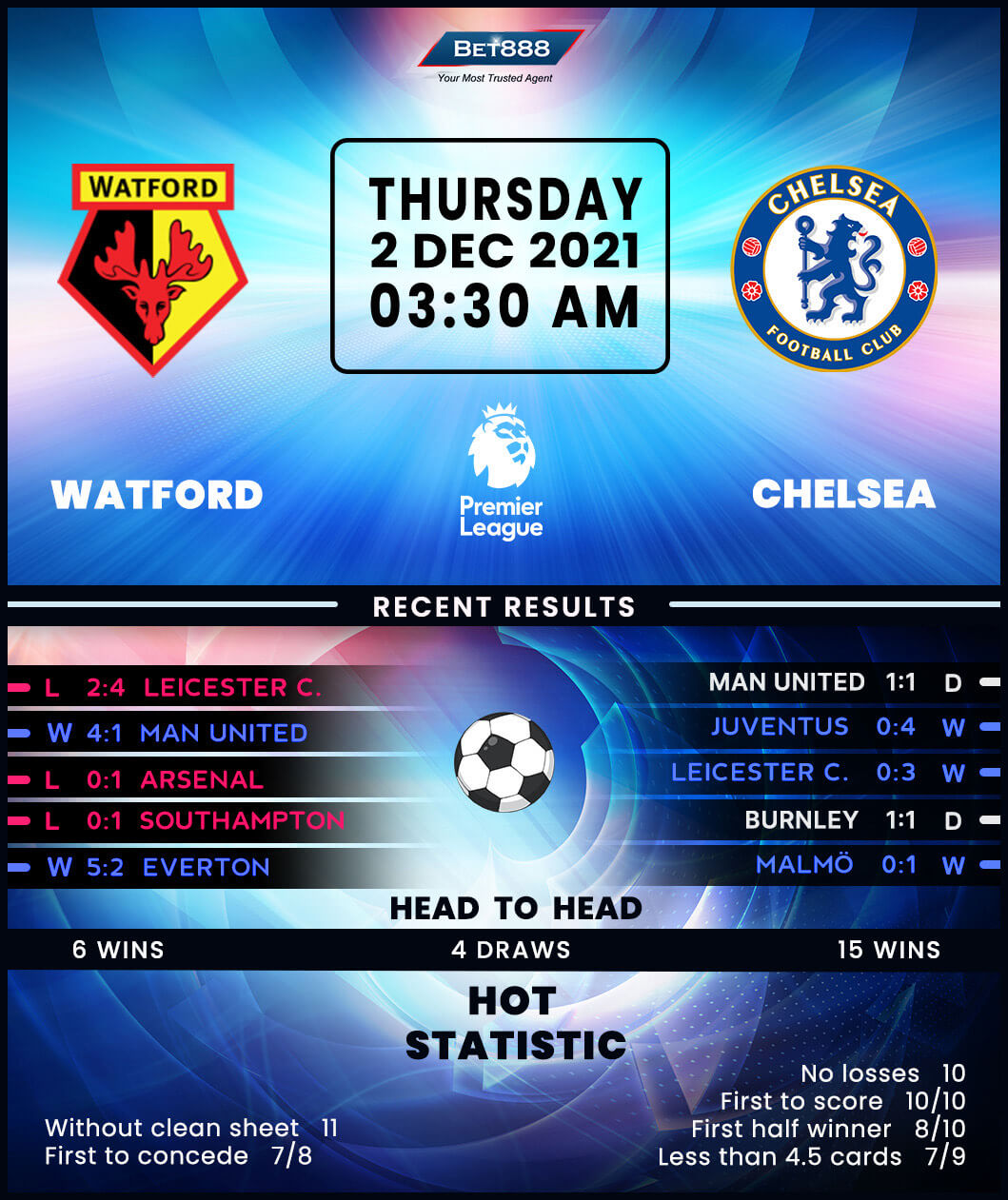