Relegated Watford and relegation-fighting Everton are set to square off at Vicarage Road in one of the hottest Premier League fixtures this midweek.

It’s all doom and gloom for Watford, who head into this matchday having already suffered relegation from the Premier League on the back of six consecutive league defeats. Veteran manager Roy Hodgson controversially refused to meet the devastated ‘Hornets’ fans in the wake of Watford’s season-ending 1-0 loss at Crystal Palace last time out. With nothing but pride left to play for, Watford will be keen to arrest an underwhelming 11-game losing home streak in the Premier League and put the worst-ever such run in the competition to bed. That prospect is well within the realm of possibility, as the ‘Hornets’ have come out victorious in three of their last four home league meetings with Everton, except for a 3-2 defeat in their most recent H2H at Vicarage Road.

Meanwhile, Everton have peaked at the best possible moment to save themselves from relegation, beating Chelsea and Leicester City by a single-goal margin to steer themselves away from the drop zone with three matches left. Another victory at Vicarage Road would see the ‘Toffees’ string together three Premier League triumphs for the first time this season. Likewise, it would mark Everton’s first back-to-back away wins in England’s top-flight since May 2021. However, it’s worth noting that Frank Lampard’s men had gone winless in 15 consecutive Premier League away fixtures before eking out a 2-1 win at Leicester on their most recent league travel. Having left 18th-placed Leeds United one point behind, Everton will be looking to avoid suffering their first-ever league double to Watford, following a 5-2 drubbing in the reverse fixture. 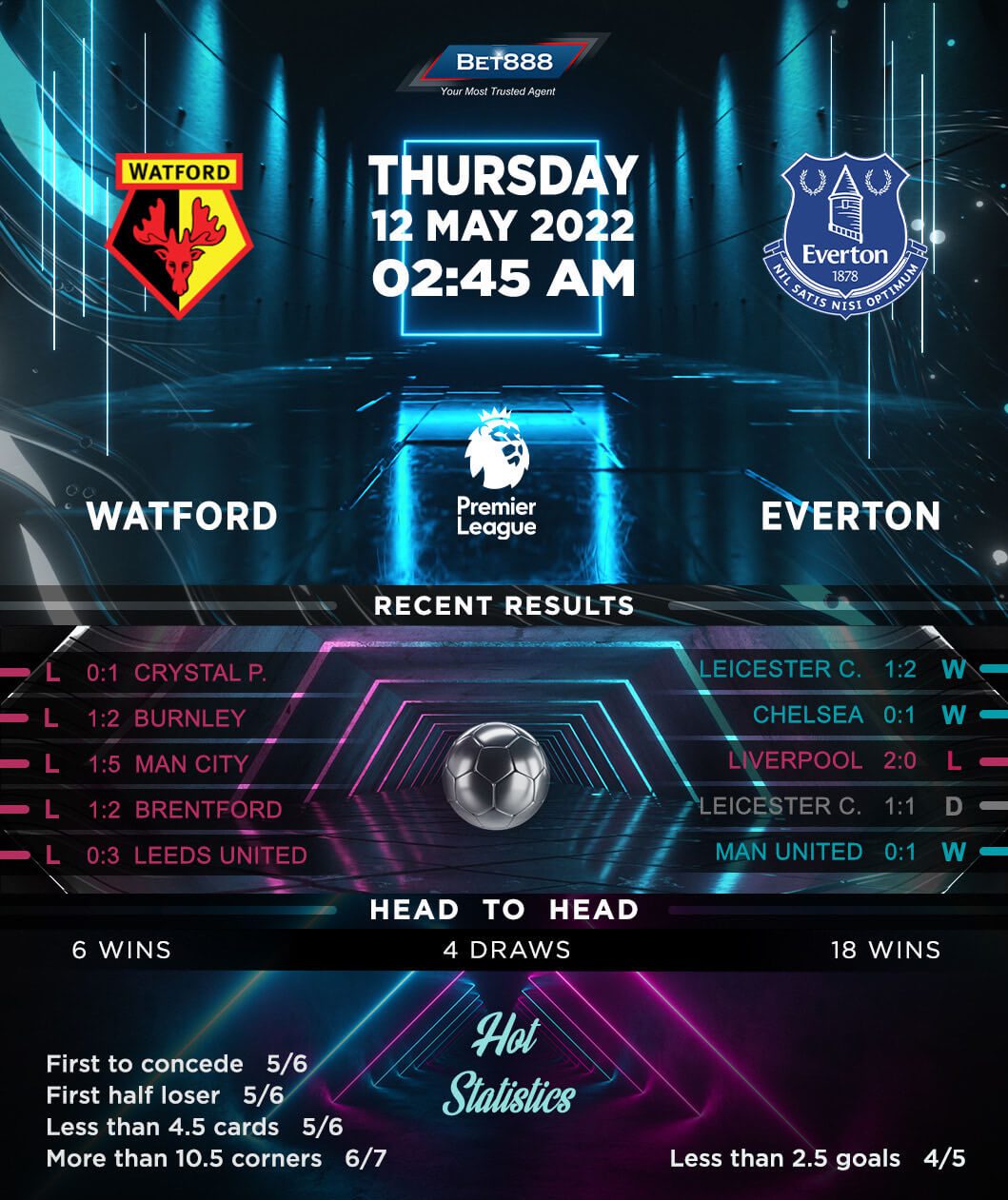