Relegation-threatened Werder Bremen welcome mid-table Borussia Monchengladbach to the Weserstadion on the final weekend of the 2020/21 Bundesliga season.

Winless in nine Bundesliga matches on the trot (D1, L8), Werder Bremen stare at the prospect of suffering relegation from the Bundesliga for the first time since 1980/81. A lack of firepower in the front third has seen Werder draw a blank in three of their last four Bundesliga outings, with only dead-last Schalke 04 and Arminia Bielefeld netting fewer top-flight goals than ‘Die Werderaner’ (34) this season. In this must-win affair, the hosts go up against a side they have lost to three times in a row prior to last season’s goalless draw, frustratingly failing to find the net three times in this four-game sequence. Since beating Eintracht Frankfurt 2-1 in late February, Thomas Schaaf’s men have gone winless in five home Bundesliga matches (D1, L4), scoring under 1.5 goals on each occasion.

Meanwhile, Monchengladbach have lost three of their last four Bundesliga games (W1), including two in a row ahead of this trip. Away from home, ‘Die Fohlen’ have picked up just one victory in their last nine Bundesliga fixtures (D4, L4), only beating Schalke 3-0 in mid-March during this run. Except for that success, Marco Rose’s men have conceded an alarming average of 3.4 goals across the last five Bundesliga trips in which they failed to keep a clean sheet. Furthermore, they have dropped a league-high 29 points from winning positions this season en route to setting a negative club record in the top flight. However, Gladbach can take some confidence from their imperious Bundesliga run against Werder that has seen them avoid defeat in each of their last ten league meetings (W7, D3). 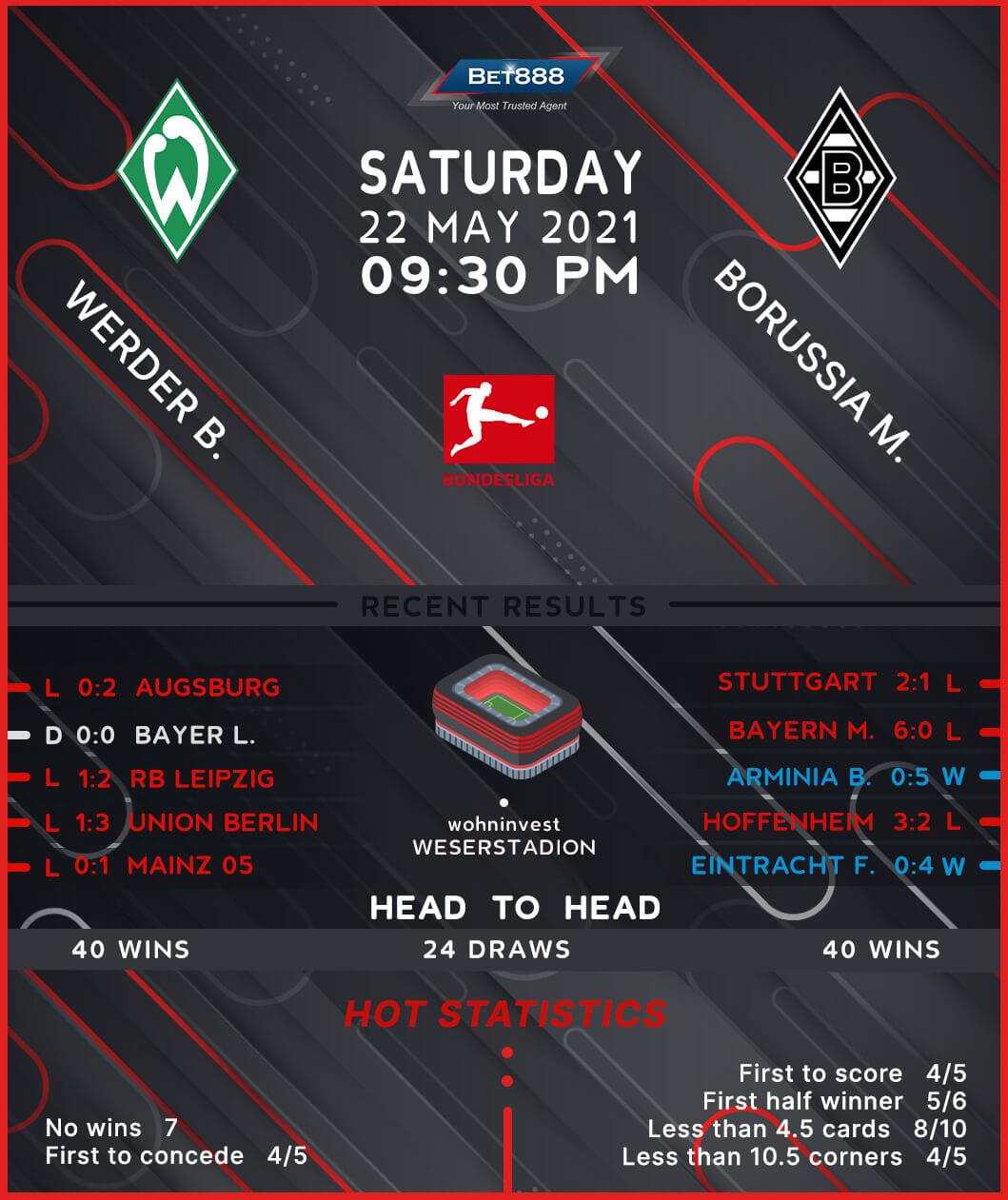