Since playing out a 1-1 home draw with Newcastle United in mid-February, Newcastle have alternated between victories (2) and defeats (2) across their last four Premier League matches. A lack of consistency could come back to haunt them at the end of the season, which is why they will feel desperate to complete their first-ever Premier League double over Everton. Yet, despite claiming a 1-0 win in the reverse fixture earlier this season, the ‘Hammers’ have recorded just one victory across their last 13 top-flight H2Hs as hosts (D4, L8). David Moyes’ men could take comfort in winning back-to-back home league games in the build-up to this encounter, as they entertain the prospect of making it three home wins in a row in the competition for the first time in over a year. Much of those hopes will rely on a fast start, as West Ham have lost four out of five Premier League home matches when conceding first this term (W1).

On the other hand, Everton went into March’s international break on the back of a humiliating 4-0 defeat to high-flying Crystal Palace in the FA Cup quarter-finals. However, Frank Lampard’s men eked out a precious 1-0 home win over Newcastle in their most recent Premier League fixture to end a run of four consecutive league losses ‘to nil.’ Seeking back-to-back league triumphs for the first time since August/September, the ‘Toffees’ are looking to defy their embarrassing away record this season. No team has won fewer away points in the Premier League this term than Everton (6), with the Merseysiders losing their last four league travels by an aggregate score of 12-2. With 18th-placed Watford only three points below them in the table, Everton have little margin for error. 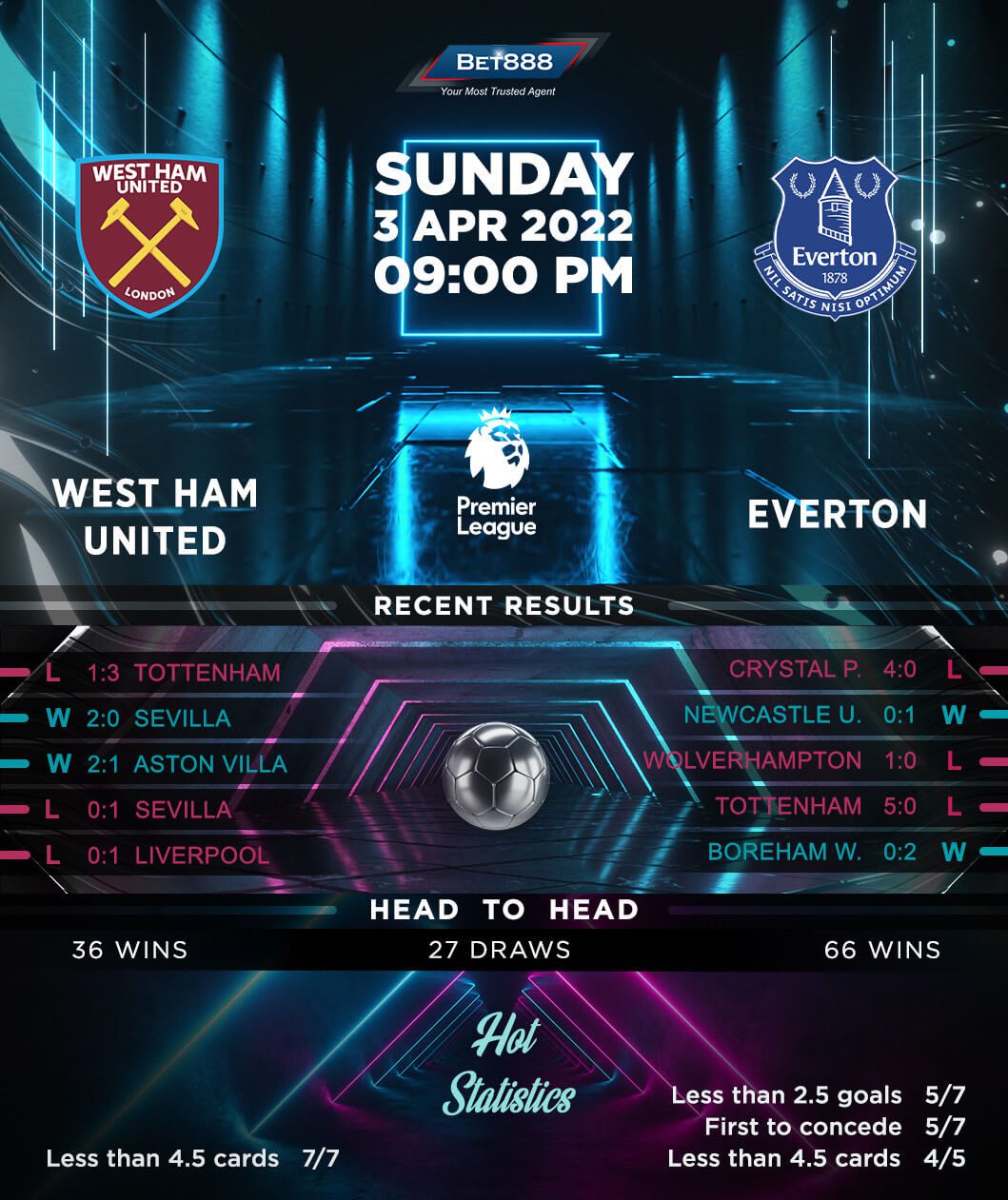