West Ham United and Everton will lock horns at the London Stadium in an exciting Premier League match-up this weekend.

West Ham ended a two-match losing Premier League streak last time out, having come from behind to beat Burnley 2-1 away from home. High scoring has been a common theme in United’s recent league fixtures as five of the last six have seen over 2.5 goals and both sides scoring, with each of them featuring 3+ first-half goals. Before succumbing to a tight 1-0 defeat to Chelsea in their most recent home Premier League outing, the ‘Hammers’ had gone unbeaten in five home league games on the trot (W4, D1), scoring 2+ goals on each occasion. Having claimed a 1-0 victory at Goodison Park in the reverse fixture, West Ham could register their first league double over Everton since the 1972/73 season. However, David Moyes’ men have won just once in their last 12 top-flight H2Hs as hosts (D4, L7).

Meanwhile, the visitors lost 2-1 to Aston Villa at home last time out to stay at a single win from their previous seven Premier League fixtures (D3, L3). A lack of firepower in the front third has seen Everton score under 1.5 goals in eight of their last nine league outings, with no side from the upper half of the table netting fewer Premier League goals than Carlo Ancelotti’s team (45) this season. On the bright side, though, the ‘Toffees’ have come out victorious in four of their five Premier League matches in London this term (L1) and may now win five in a single top-flight campaign for the first time in the club’s history. What’s more, 66.67% of Everton’s league triumphs this season have come away from home (10/15), with half (5) of those victories being accompanied by a half-time lead. 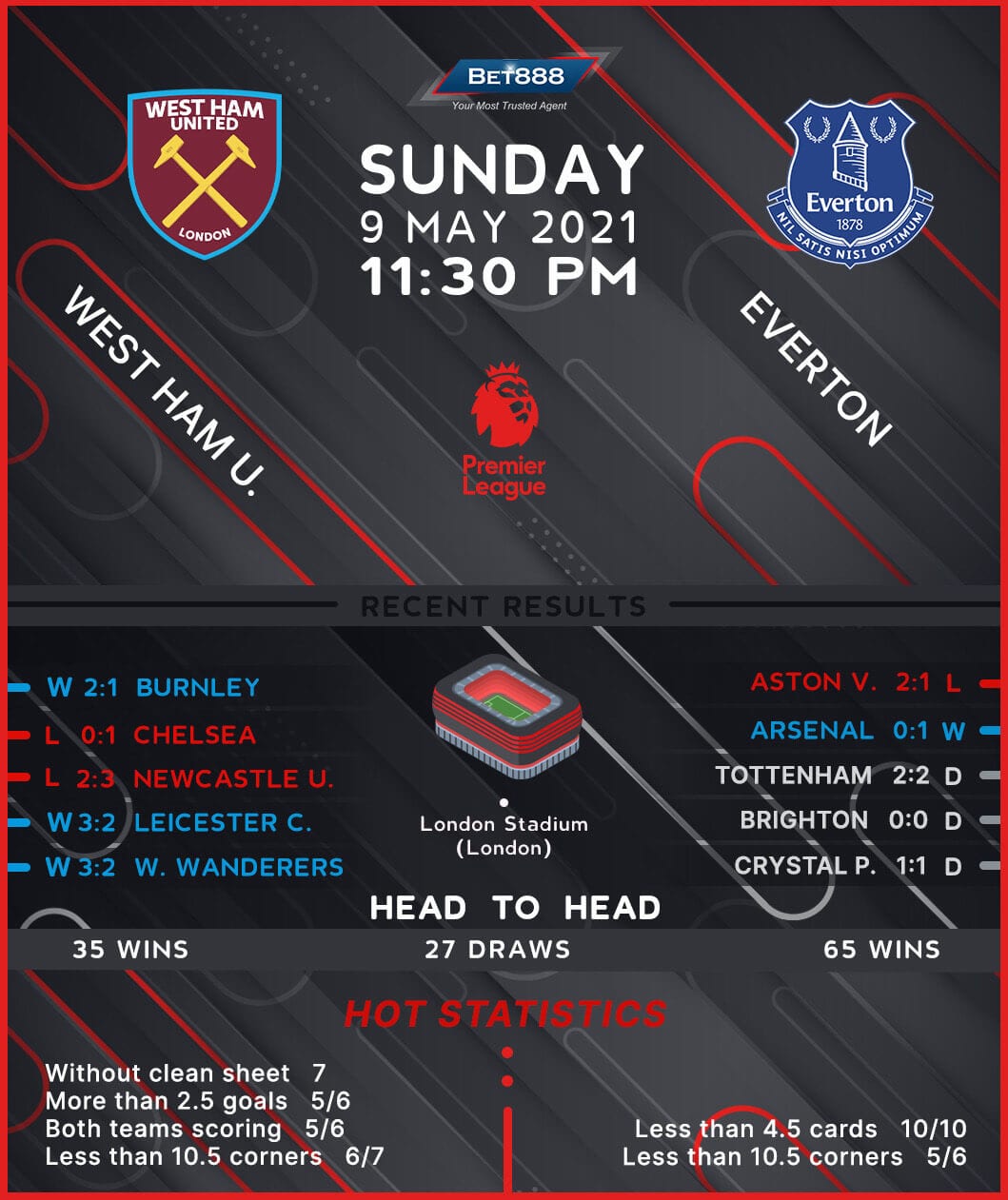