West Ham United will be looking to maintain their dream UEFA Europa League campaign when they take on Lyon in the first leg of their quarter-final tie at the London Stadium.

West Ham must be filled with confidence after a 2-1 home win over Everton last weekend reinforced their bid to reach their first-ever top-four Premier League finish. David Moyes’ men have taken the Europa League by storm in their maiden appearance in the competition proper, topping Group H before edging out record-time winners Sevilla in the round of 16. West Ham’s first European quarter-final appearance since 1980/81 comes in the midst of a purple patch, with the ‘Hammers’ winning their last four competitive home outings by an aggregate score of 7-2, including a 2-0 extra-time triumph over Sevilla in their most recent European home fixture. Indeed, West Ham have been a force to be reckoned with at home in 2022, having lost just once across their nine competitive games at the London Stadium this year (W7, D1).

As for Lyon, a ‘goal-friendly’ 3-2 home triumph over fellow Ligue 1 rivals Angers at the weekend restored their confidence following a run of three competitive matches without winning (D2, L1). Despite their patchy form, ‘Les Gones’ will fancy their chances in London after going unbeaten in their last six European matches against Premier League sides (W4, D2). Furthermore, Lyon have come out victorious in three of their four previous European last-eight ties, including a sensational 3-1 win over Manchester City in the 2019/20 Champions League quarter-finals. Peter Bosz’s men have gone undefeated in their last four away matches across all competitions (W2, D2), even though they netted under 1.5 goals on three occasions in that run. Indeed, five of their last seven competitive fixtures outside the Groupama Stadium have seen one or both sides fail to score in matches garnering under 1.5 total goals. 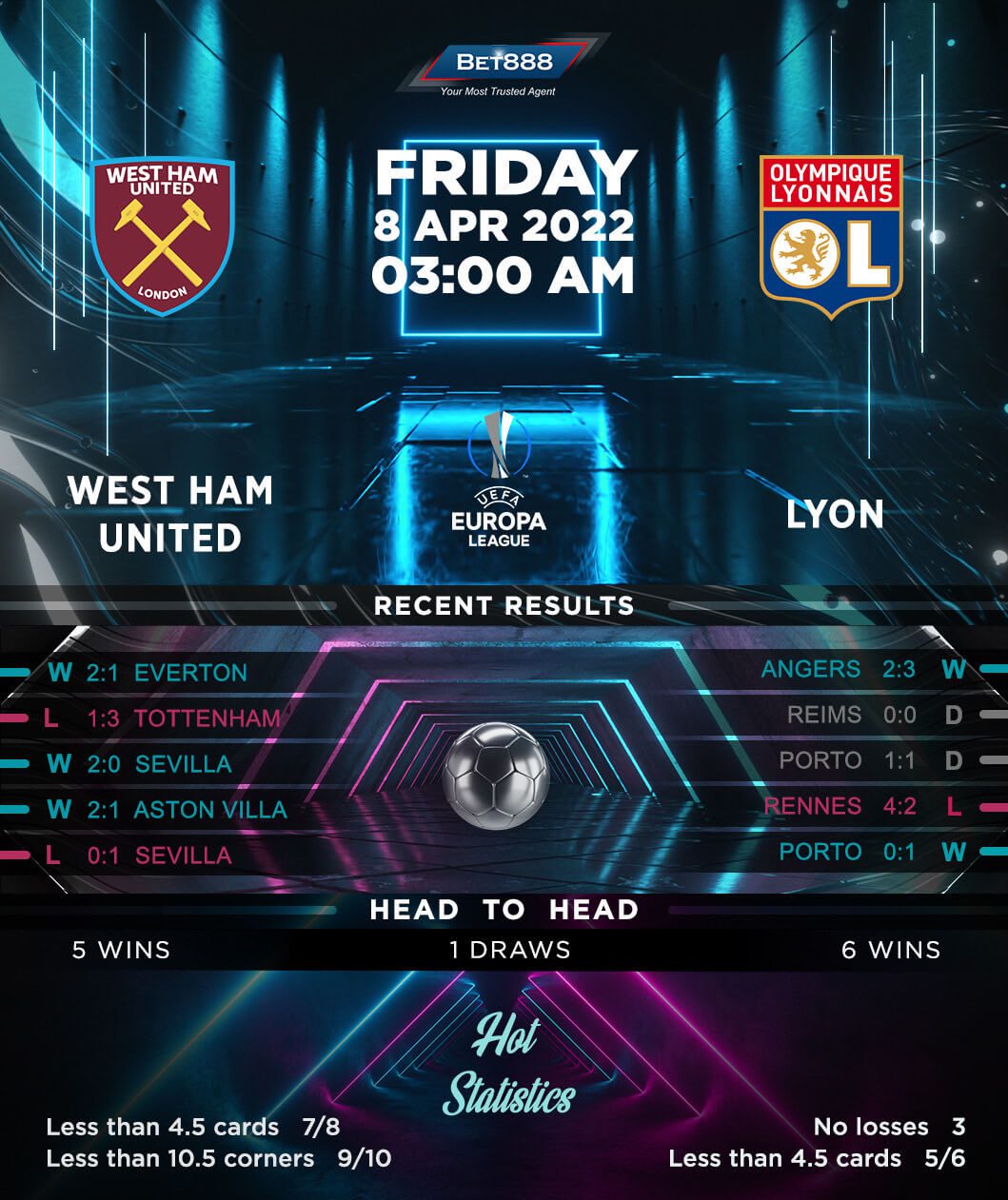