West Ham United and Manchester United will trade tackles at the London Stadium in a high-stakes Premier League top-four six-pointer.

A slight drop-off in form has seen West Ham go from a two-game winning Premier League start to back-to-back draws, though their unbeaten league streak now stretches to seven matches (W4, D3), last season included. Despite being held to a goalless draw away to Southampton last time out, it’s safe to say the ‘Hammers’ have been scoring for fun this term. Indeed, David Moyes’ men have netted 2+ goals in their remaining four competitive games in 2021/22 so far, averaging 3.33 goals per game across their opening three Premier League fixtures. But Moyes himself has failed to beat ex-employers Manchester United in all seven meetings across all competitions (D2, L5) since being sacked in 2014. Breaking that streak could be tough to achieve, as West Ham will have to make it out without suspended headline performer Michail Antonio, who has had a hand in 70% of his side’s league goals this term.

On the other hand, Manchester United fell to a dismal 2-1 defeat to Young Boys in their midweek’s Champions League opener despite Cristiano Ronaldo’s deadlock-breaker. Ronaldo inspired the ‘Red Devils’ to an overwhelming 4-1 victory over Newcastle United on his second Premier League debut last time out, helping his side extend their unbeaten league run to six straight matches (W4, D2). Ole Gunnar Solskjaer’s men are riding on an all-time high 28-game unbeaten streak in away Premier League fixtures, conceding an average of just 0.67 goals per match in that sequence. However, United’s trips to the London Stadium have not always been pleasant, as witnessed by a return of just one win from their last four top-flight games at this venue (D1, L2). That said, the visitors have won both previous Premier League meetings with West Ham and could post three straight top-flight triumphs over this opposition for the first time since September 2014. 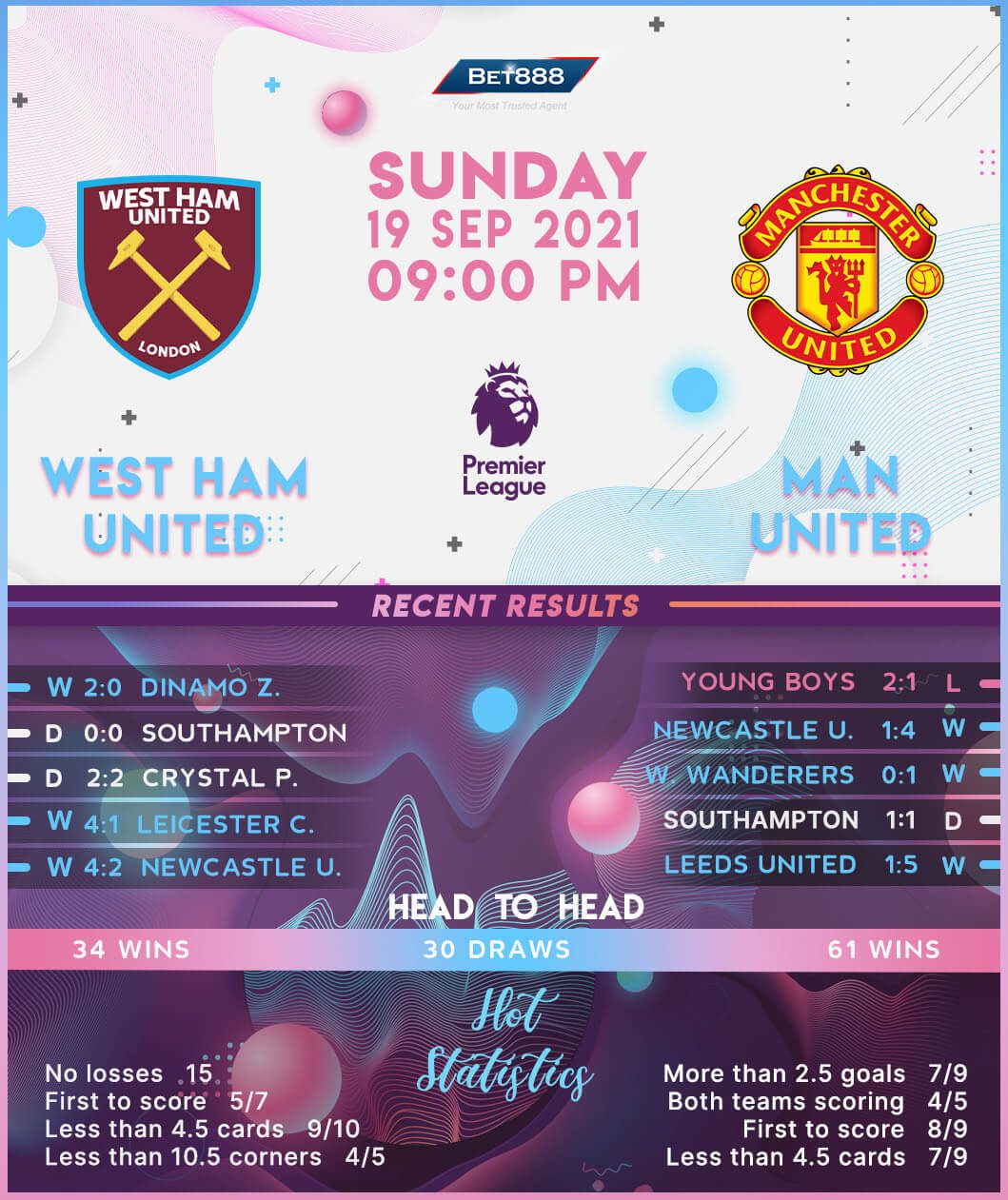