London Stadium is the venue as West Ham United and relegation-battling Watford go head-to-head in a tasty-looking Premier League showdown.

After squeezing past sixth-tier side Kidderminster Harriers in weekend FA Cup action, West Ham United will be looking to put an end to their two-game losing streak in the Premier League. Sat only one point adrift of fourth-placed Manchester United, West Ham’s hopes of claiming their first-ever top-four finish in the Premier League are very much alive. Watford’s visit to the nation’s capital should reinforce those hopes even further, with the ‘Hammers’ winning each of their last four top-flight H2Hs by an aggregate score of 14-4. Though conceding first has often proved detrimental to the home side’s winning prospects this season – they lost four out of five such Premier League matches (W1) – David Moyes’ men came from behind to thrash Watford 4-1 in the reverse fixture back in December.

On the other hand, Watford have gone winless in nine consecutive Premier League outings (D2, L7) since defeating Man United 4-1 at home in mid-November. An abysmal run of form saw the club hierarchy cut ties with Claudio Ranieri in January and appoint Roy Hodgson as the new chief of staff, with the ex-Crystal Palace boss holding Burnley to a goalless draw on his touchline debut at the weekend. However, the ‘Hornets’ head into proceedings languishing in the drop zone, one point adrift of safety, with plenty of work on Hodgson’s hands in the remainder of the season. Defying the odds in London could prove essential to Watford’s hopes of securing top-flight survival. But after losing 73% of their Premier League fixtures in the nation’s capital (29/40), that looks a bit far-fetched. 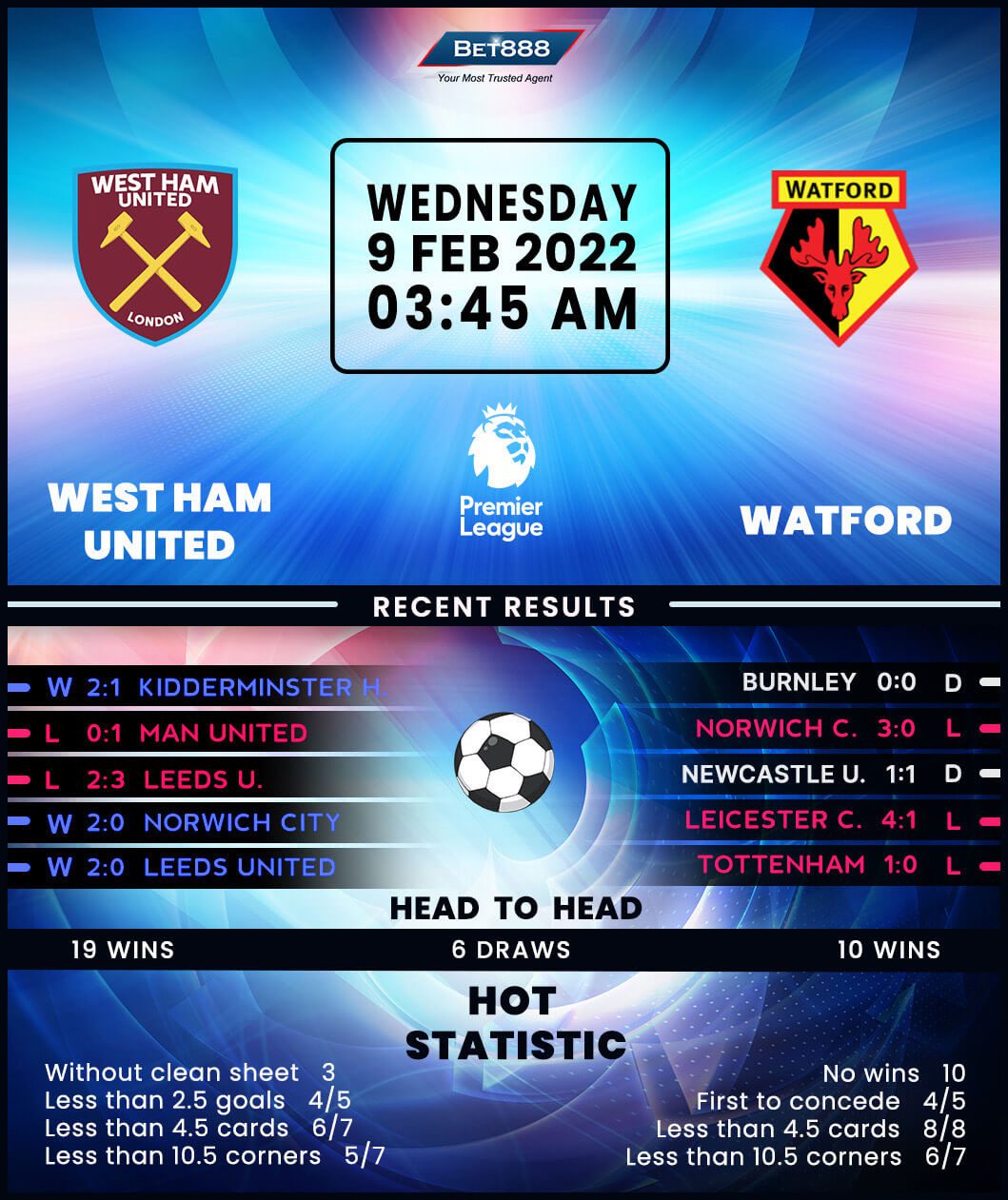