Borussia Monchengladbach travel to Volkswagen Arena, looking to post their first away Bundesliga triumph against Wolfsburg since November 2003.

Wolfsburg have enjoyed a notable upturn in form lately, going from two identical 2-2 Bundesliga draws in a row to four consecutive league victories ‘to nil.’ Coming into this matchday, ‘Die Wolfe’ are one of only two sides yet to taste defeat at home this Bundesliga campaign (W6, D3), with two of those three stalemates arriving against the sides currently sitting in the top-seven. Remarkably, Wolfsburg have won 15 (75%) of their last 20 top-flight meetings with Borussia Monchengladbach at home (D3, L2), becoming Gladbach’s most formidable Bundesliga rivals. Quick out of the blocks, Oliver Glasner’s men have managed a league second-highest 11 first-half goals scored at home this season, which accounts for 64.71% of their total Bundesliga home goals netted so far.

On the other hand, Borussia Monchengladbach have encountered a dip in form recently. They have gone from back-to-back Bundesliga victories to two successive league matches without a win (D1, L1), falling four points behind fourth-placed Eintracht Frankfurt. It will be a daunting prospect for Gladbach to return to winning ways now, as they meet a side they’ve failed to beat in any of their last 15 top-flight H2Hs away from home (D3, L12)! However, Marco Rose’s men will be confident of getting on the scoresheet after finding the net in each of their previous 19 Bundesliga outings, a tally only bettered by Bayern Munich (33) at this point. During that 19-game sequence, ‘Die Fohlen’ managed more than a decent average of 1.94 goals scored per match. 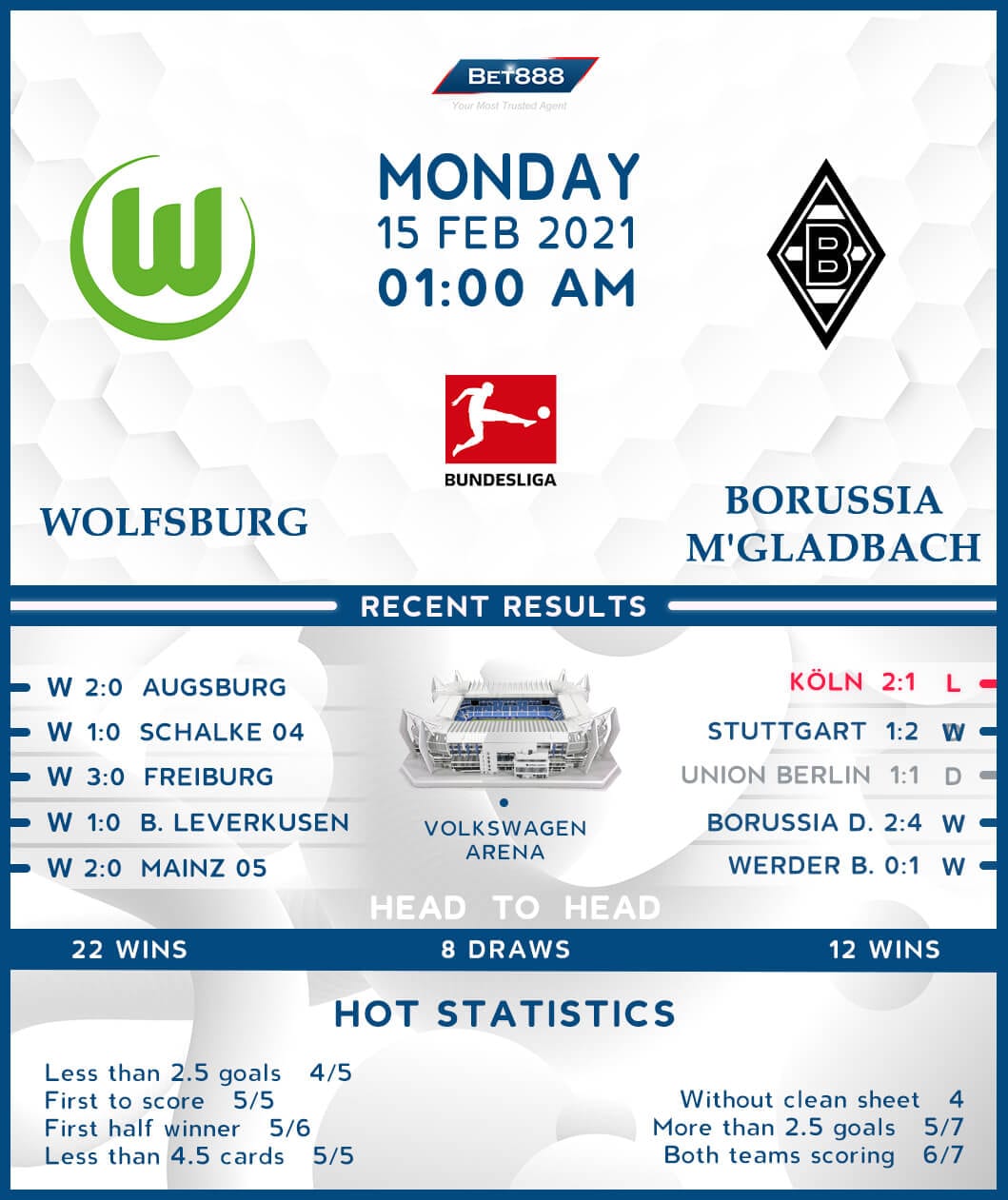