Volkswagen Arena is the venue, as Wolfsburg and RB Leipzig go head-to-head in an exciting Bundesliga showdown.

Having conceded precisely two goals per game in their first two Bundesliga matches this calendar year (D1, L1), Wolfsburg will be looking to secure their first top-flight win in 2021 when they meet a Leipzig side they’ve failed to beat in their last four competitive meetings (D2, L2). However, ‘Die Wolfe’ boast an almost perfect home Bundesliga record this season (W5, D2), having let in just 0.85 goals on average per home league fixture so far. Particularly cagey before the break, they have registered only 33.33% of their total home Bundesliga goals conceded this term in the first half of play. Another bright spot has been Wolfsburg’s ability to grind out a result after conceding first – Oliver Glasner’s men have picked up points in six of the seven league matches in which they’ve shipped the match opener (W2, D4, L1).

Meanwhile, a 3-1 home loss to Borussia Dortmund last time out did bring Leipzig’s eight-game unbeaten Bundesliga streak to a halt (W5, D3), marking only the second league match this season in which they’ve conceded over 1.5 goals. Indeed, ‘Die Roten Bullen’ possess the best Bundesliga defense this term, having shipped just 12 goals thus far on an average of 0.8 conceded per game. However, given Julian Naglesmann’s attacking-minded football, it may come as some surprise that his men have netted twice per away league match in just two of their opening seven Bundesliga trips this season, scoring a total of nine. Additionally, Leipzig have drawn a blank in both of their previous top-flight trips to Wolfsburg after precisely one apiece in the first two (W1, D2, L1). 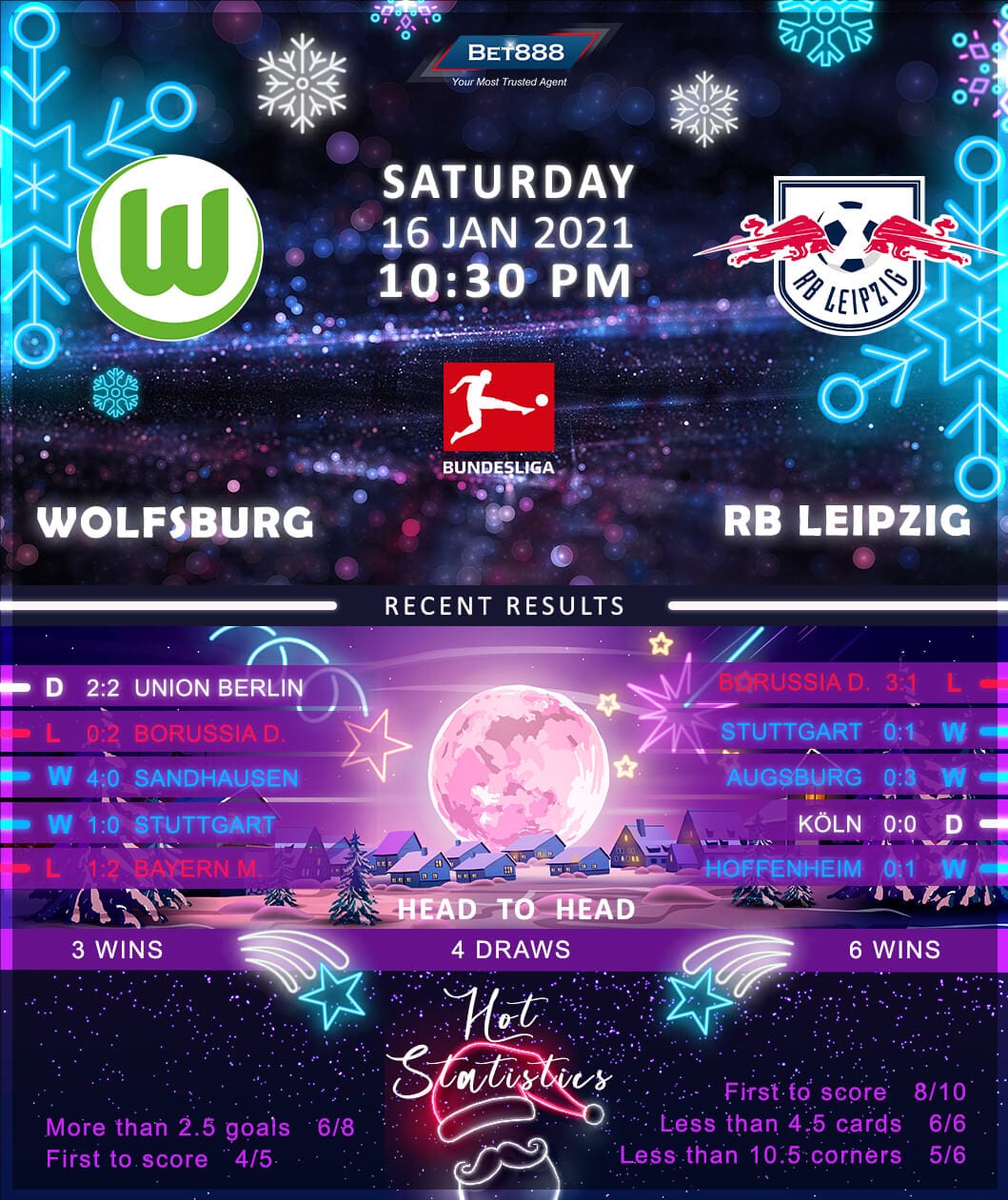