Wolverhampton Wanderers and Brighton & Hove Albion are set to square off at Molineux Stadium in a lower-half-of-the-table Premier League clash.

Wolves have experienced a dip in form ahead of this encounter. The hosts have gone from back-to-back Premier League triumphs to two successive league games without winning (D1, L1), both of which saw them concede precisely once beyond the 60th minute. At home, Nuno Espirito Santo’s men have not drawn any of their last five Premier League fixtures (W2, L3), with four of those results (win/loss) seeing the victor keep a clean sheet. Worryingly, slow-starting Wolves have conceded the opening goal in the second-highest 64.71% of their home league games this season (11/17), including three of the last four. Adding to a long list of troubles, the ‘Wanderers’ have managed to defeat Brighton in just one of their previous 13 league clashes, with each of the last four ending in a draw.

On the other hand, Brighton sealed a 2-0 home win over Leeds United in their most recent Premier League outing to snap a run of four Premier League matches without a victory (D2, L2). The clean sheet has been a common theme in Brighton’s recent Premier League fixtures as five of the last six have seen one or both sides fail to find the back of the net. Topically, each of their previous four league trips to Wolverhampton has seen at least one side register a shutout, with three of those encounters yielding the same 0-0 scoreline. Though it may sound a bit strange, the ‘Seagulls’ have yet to lose a Premier League match against Wolves, having won seven of their previous 11 such contests (D4). To keep that record going, Graham Potter’s men need to avoid conceding the opener, considering they’ve ended up on the losing side in 85.71% of the away league games in which they fell behind this term (GP7 – D1, L6). 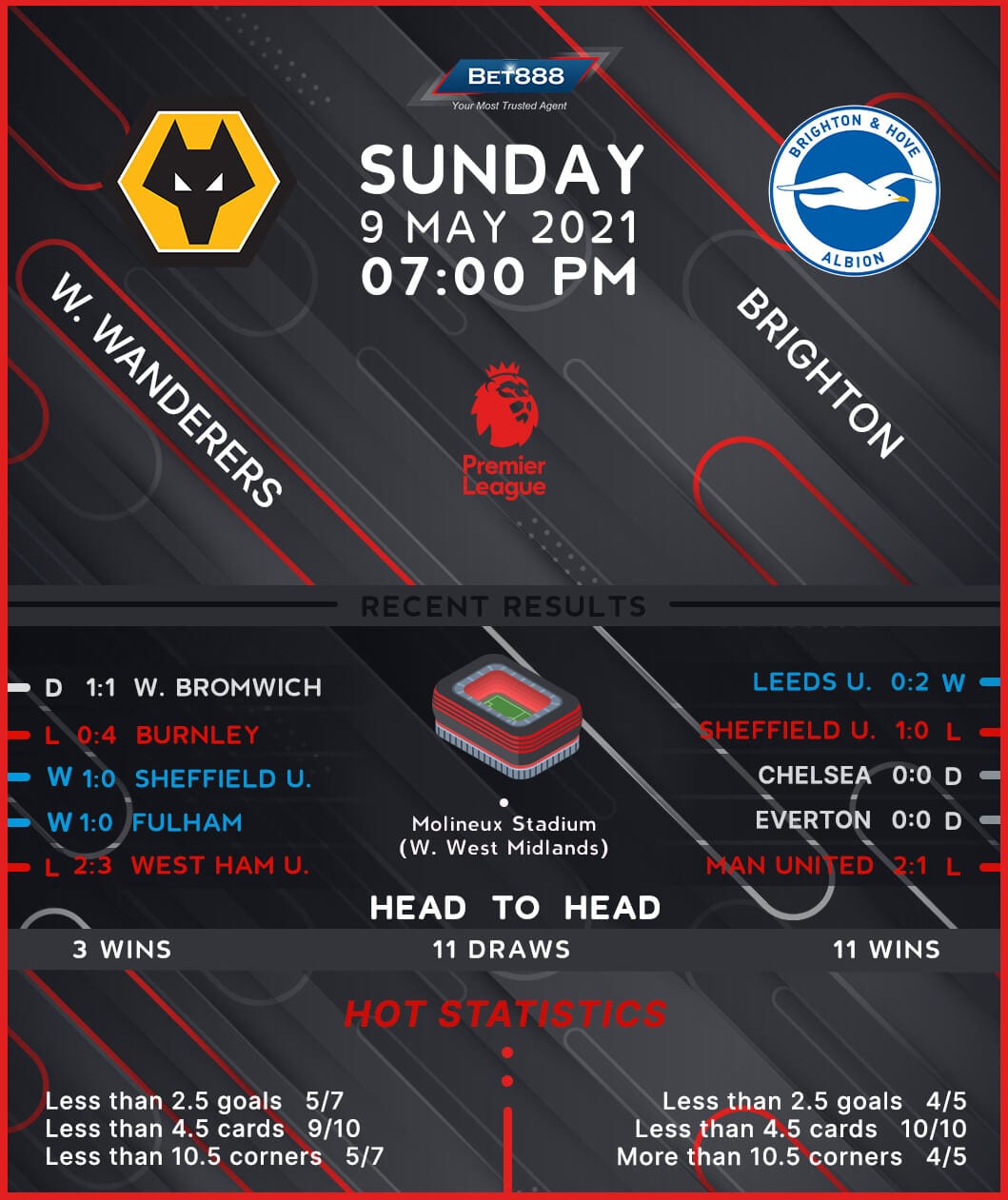