Wolverhampton Wanderers and Brighton & Hove Albion are set to trade tackles in a mid-table Premier League fixture at Molinuex Stadium.

Conceding first once again proved detrimental for Wolverhampton as a 1-0 defeat against Burnley last time out marked their 12th loss in the 13th Premier League match in which they shipped the opener this season (W1). However, Wolves still have outside chances of securing European qualification for next season, as they sit three points adrift of sixth-placed West Ham United with a game in hand. Though playing at Molineux should inject confidence into their veins, Bruno Lage’s men have blown hot and cold at home this season, as evidenced by their indifferent Premier League record in the West Midlands (W7, D2, L7). Indeed, the ‘Wanderers’ have alternated between victories (4) and defeats (3) across their last seven league outings at home, with four of those results (win/loss) yielding a single-goal margin.

On the other hand, after pulling off back-to-back one-goal margin wins at Arsenal and Tottenham Hotspur, Brighton have gone winless in their last two Premier League games (D1, L1), conceding 2+ goals on each occasion. A first-ever top-half Premier League finish is still on the cards for the 11th-placed ‘Seagulls,’ who have won just one of their last 11 league visits to Molineux (D7, L3). Despite carrying a reputation as the ‘stalemate specialists,’ courtesy of playing out a league joint-high 14 draws this season, none of Brighton’s last five away league matches have ended level (W2, L3). Cagey openings have seen Graham Potter’s men keep a clean sheet by the 50th minute in their last three Premier League away outings (W2, L1), which could prove a winning formula for the visitors. 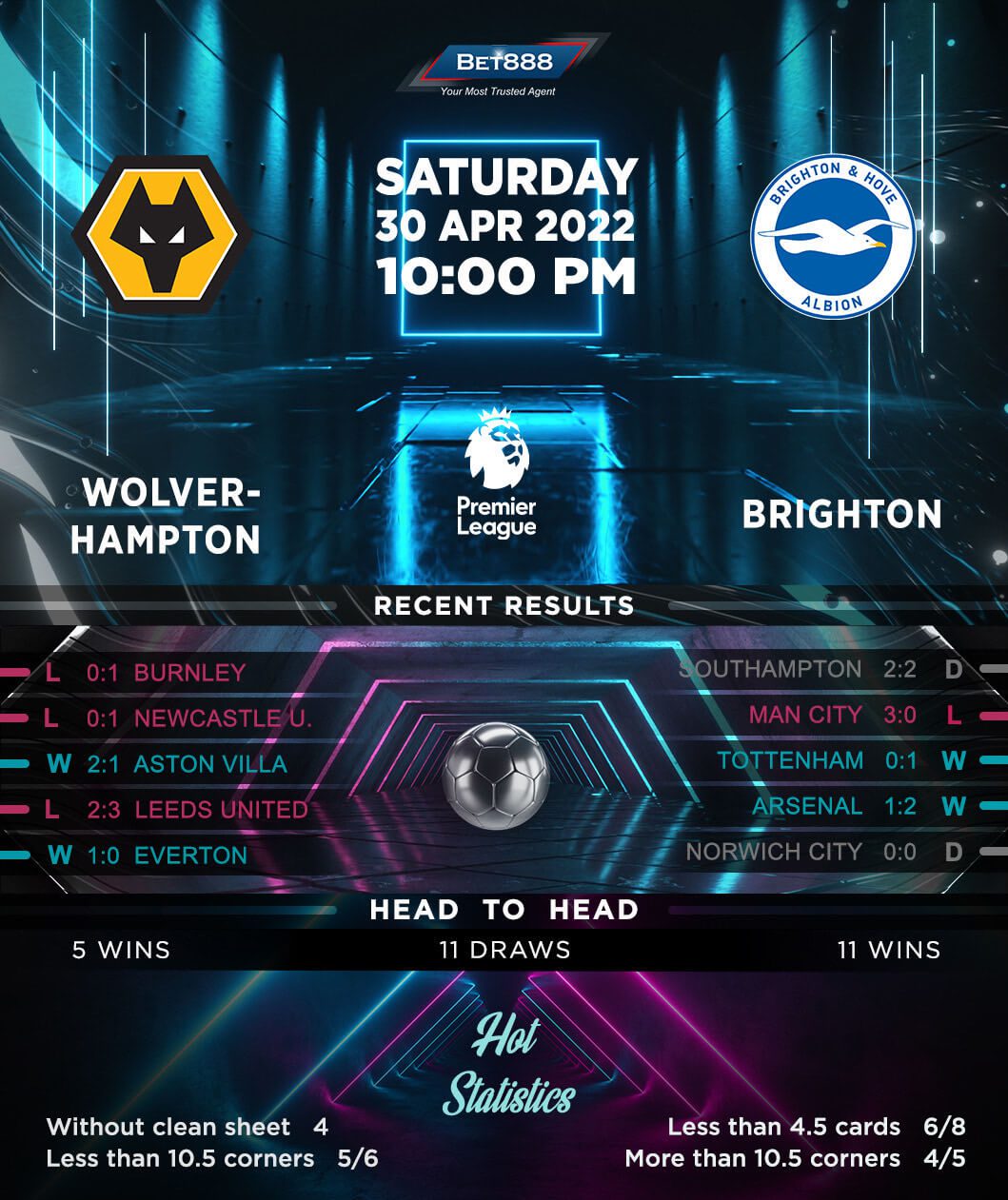