Wolverhampton Wanderers’ hopes of securing a top-seven finish in the Premier League this term are hanging by a thread as they welcome mid-table Crystal Palace to Molineux Stadium.

Wolverhampton’s unrelenting pursuit of a European finish suffered a couple of setbacks in the past ten days as they succumbed to back-to-back one-goal defeats to fellow rivals Arsenal and West Ham. That’s one more reverse than they had in their previous eight outings in the competition (W6, D1), though it’s worth noting that each of their last three Premier League losses have come against London-based clubs. In turn, Wolves have lost both previous top-flight encounters against Crystal Palace and could make it three H2H defeats in a row for the first time in history. To avoid that scenario, Bruno Lage’s men would be better off breaking the deadlock after losing all five Premier League home fixtures in which they conceded first this season.

Meanwhile, Crystal Palace have lived up to their reputation as the ‘stalemate kings’ of late, with three draws from their last five Premier League outings (W1, L1) taking their seasonal tally to a league joint-high 12! Topically, before a scintillating 4-1 romping of relegation-threatened Watford in their most recent Premier League travel, Palace had drawn three consecutive away league games, all of which featured under 2.5 total goals. Moreover, those four goals scored at Vicarage Road are as many as Patrick Vieira’s side had managed in their previous six league road trips combined. That said, the ‘Eagles’ are netting an average of 1.4 goals per Premier League match under Vieira, the best scoring ratio of any permanent Palace boss in the competition. Despite their scoring improvement, the visitors have only won once in their last eight league fixtures (D4, L3). 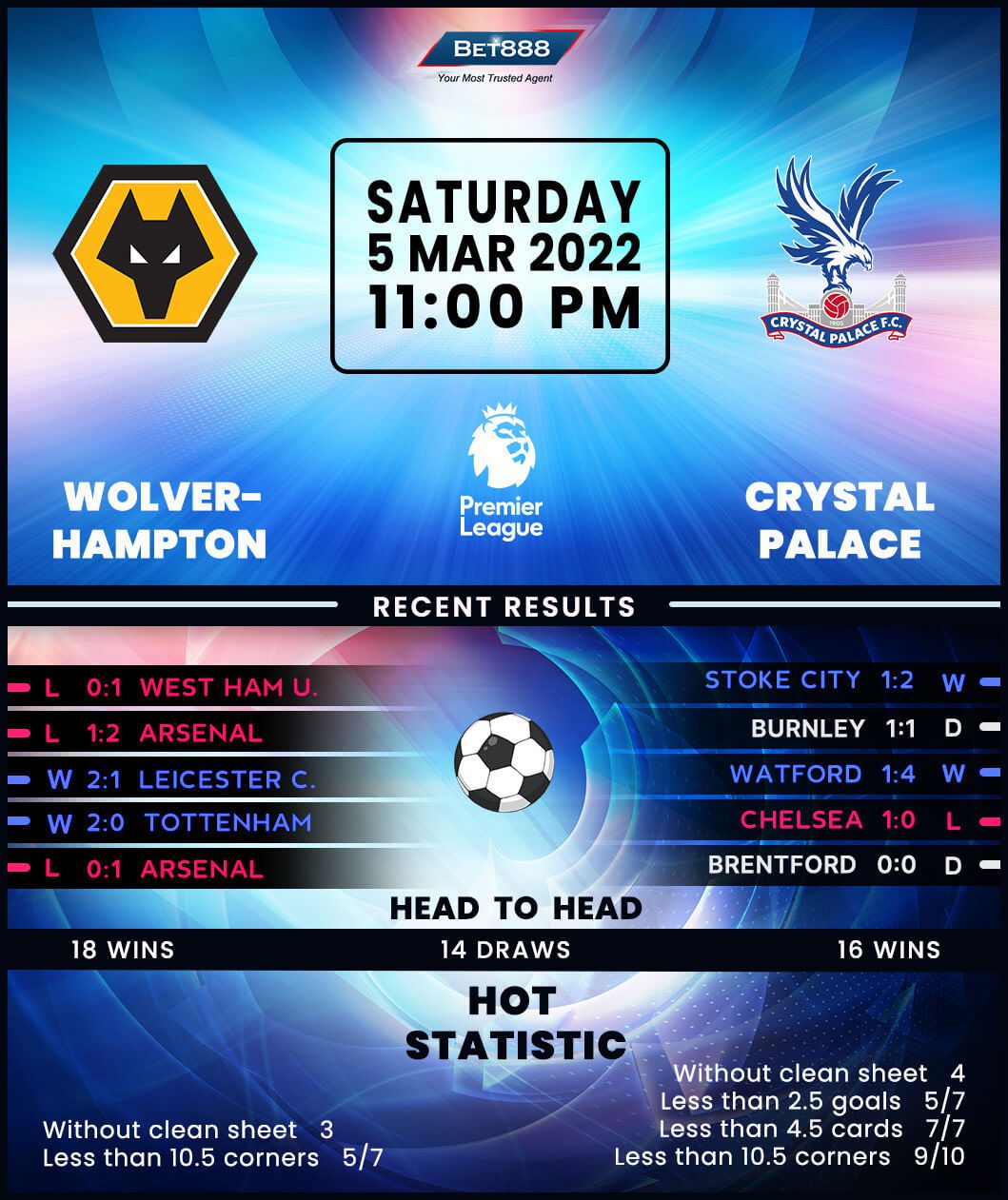