A couple of comprehensive triumphs over Watford and Everton, each by 2+ goals ‘to nil,’ got Wolverhamtpon’s European bid back on track, the hosts head into proceedings trailing sixth-placed West Ham by a mare two points. Before winning back-to-back Premier League matches, Wolves had lost three in a row by an aggregate score of 5-1, highlighting their topsy-turvy form this calendar year. However, before being held to a 1-1 draw in the reverse fixture at Elland Road, Wolves had racked up five consecutive H2H triumphs over Leeds in English league football. What’s more, the ‘Wanderers’ have gone unbeaten in nine successive top-flight H2Hs at home since a 2-0 defeat in 1973, winning each of the last five in a row, including a narrow 1-0 victory in this exact match-up in 2029/21.

On the other hand, Leeds’ hopes of securing Premier League survival were handed a massive boost last weekend as they eked out a 2-1 home win over rock-bottom Norwich City to end a run of six straight league losses. But winning Premier League outings in succession has been a daunting task for the ‘Whites’ this season, with Jesse Marsch’s side achieving that feat only once so far. Moreover, they have lost their last three away league games by an aggregate score of 10-0. Another defeat ‘to nil’ would see Leeds equal the club’s unwanted record of four consecutive away league losses without scoring dating back to 1927. The Yorkshire visitors have faltered defensively, having failed to keep a clean sheet in any of their last 15 Premier League fixtures. Indeed, no side has conceded more goals than Leeds (65) this Premier League season. 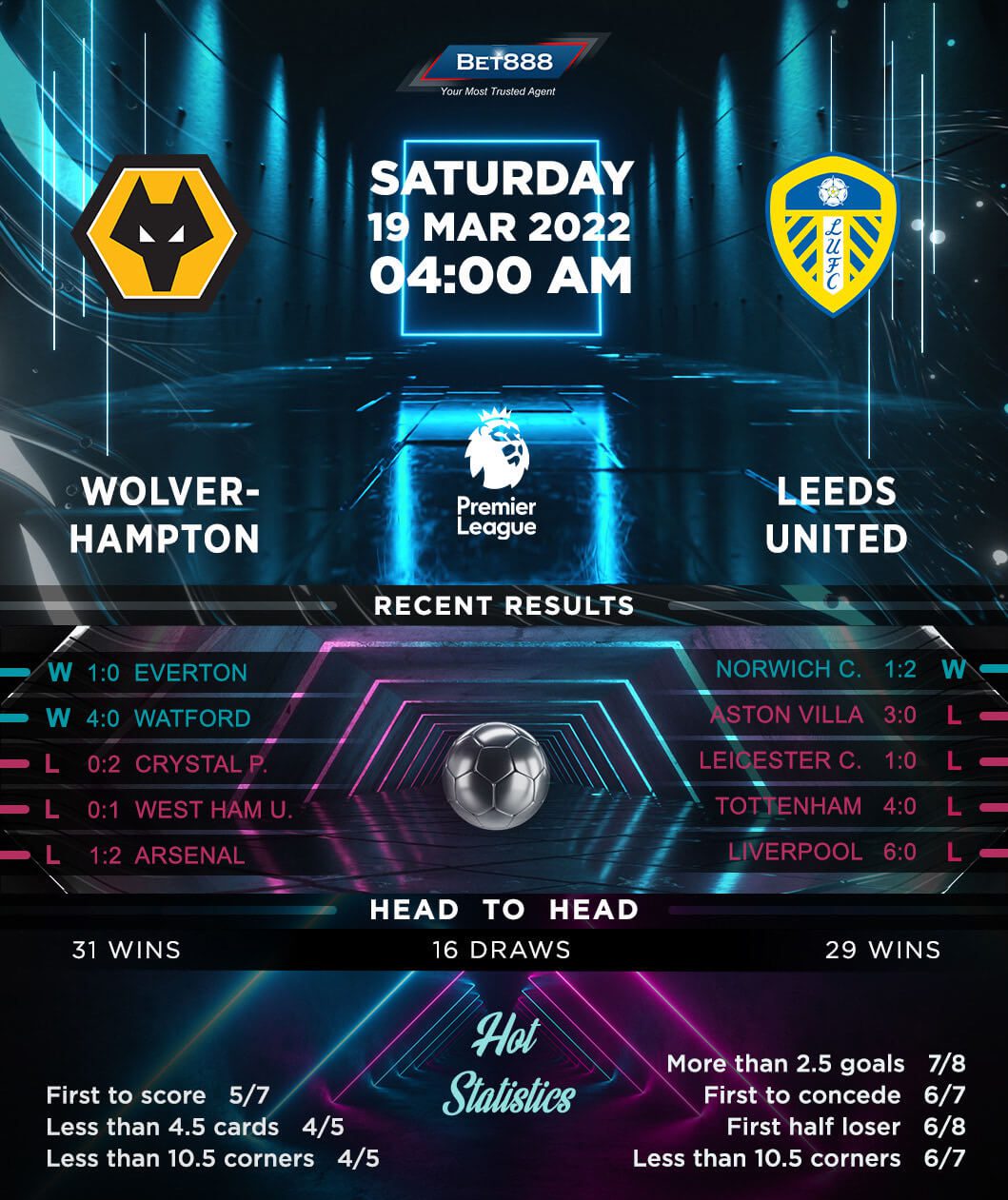