It’s been a dreadful start to the season for Yokohama so far, as they come into Matchday 16 rooted to the foot of the table with a single win from their opening 15 J1 League fixtures (D3, L11). Yokohama’s defensive woes have seen them concede a league-high 39 goals so far, 38.46% of which arrived at home, though. Tomonobu Hayakawa’s men have failed to impress at the other end of the pitch, too, having scored a league third-low 11 goals thus far. Only three teams have netted fewer second-half goals at home than the ‘Folie’ (3), with Yokohama yet to score inside the final 15 minutes of home J1 League action played this term. The hosts have conceded at least once in that same timeframe in 57.14% of their home league outings.

In the meantime, the visitors have enjoyed a massive upturn in form ahead of this trip, going from five consecutive league matches without winning (D3, L2) to six victories in a row. Fukuoka’s ability to prevail in close, keenly-contested games has seen 87.55% of their J1 League triumphs this season come by a single-goal margin. Topically, their away league fixtures have been notably tight, as seven of their eight J1 League road trips have yielded a full-time margin of under 1.5 goals. If they manage to score here, Fukuoka seem likely to do it after the half-time break, with eight of their ten league goals scored on the road this season arriving in the second half of play. The ‘Hachi’ have found the net in four of their last five competitive trips to Yokohama, scoring 2+ goals on three occasions. 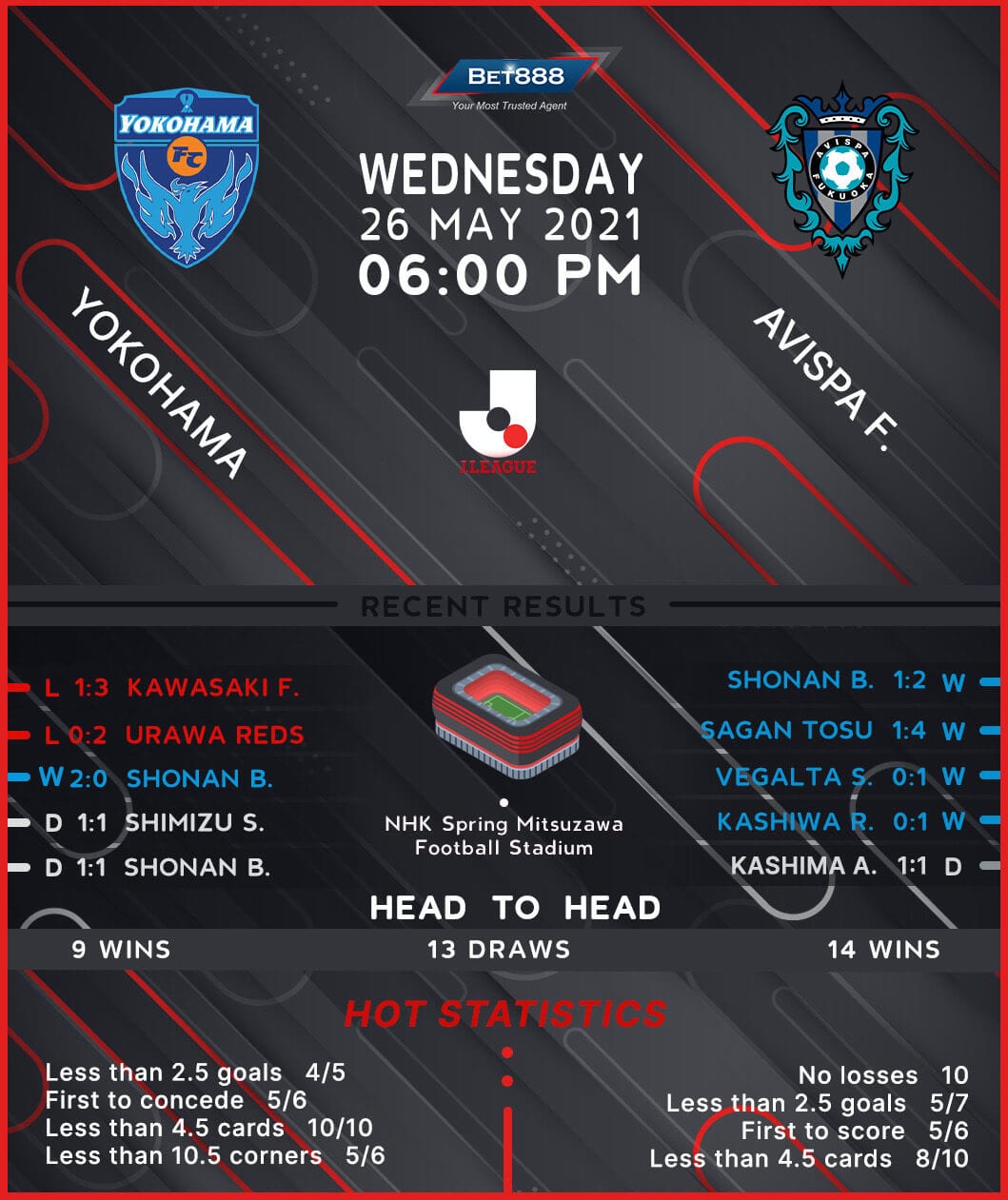