Out-of-sorts AC Milan will host relegation-threatened Benevento to the Stadio San Siro in a must-win Serie A contest this weekend.

Back-to-back defeats to Lazio and Sassuolo have thrown Milan’s hopes of securing a top-four Serie A finish into a corridor of doubt as they take the field in fifth, albeit level on points with fourth-placed Juventus. However, a return of three victories from their ten home league fixtures since the turn of the year puts ‘I Rossoneri’ in 15th position in the Serie A home match standings in 2021. Indeed, Stefano Pioli’s men have sealed just one triumph in their last six Serie A outings at the San Siro (D2, L3), netting under 1.5 goals five times in the process. Leading at half-time would likely propel Milan back to winning ways, considering their impressive 94.44% win-ratio across Serie A matches that saw them lead at the interval this season (W17, L1).

On the other hand, Benevento head into this encounter winless in their last five Serie A games (D2, L3), a sequence that saw them fall back into the drop zone. Since the calendar flipped to 2021, Filippo Inzaghi’s men have picked up just two victories in 18 top-flight fixtures (D7, L9), halving their points-per-game ratio from the first part of the season (1.2) to a miserly average of 0.6 in the second half of the campaign. Despite their recent form woes, ‘Gli Stregoni’ have produced notably high-scoring affairs of late, as four of their last five league matches have seen both sides score at least twice. Topically, each of their last three Serie A games has witnessed 3+ first-half goals, with both teams scoring on every occasion. 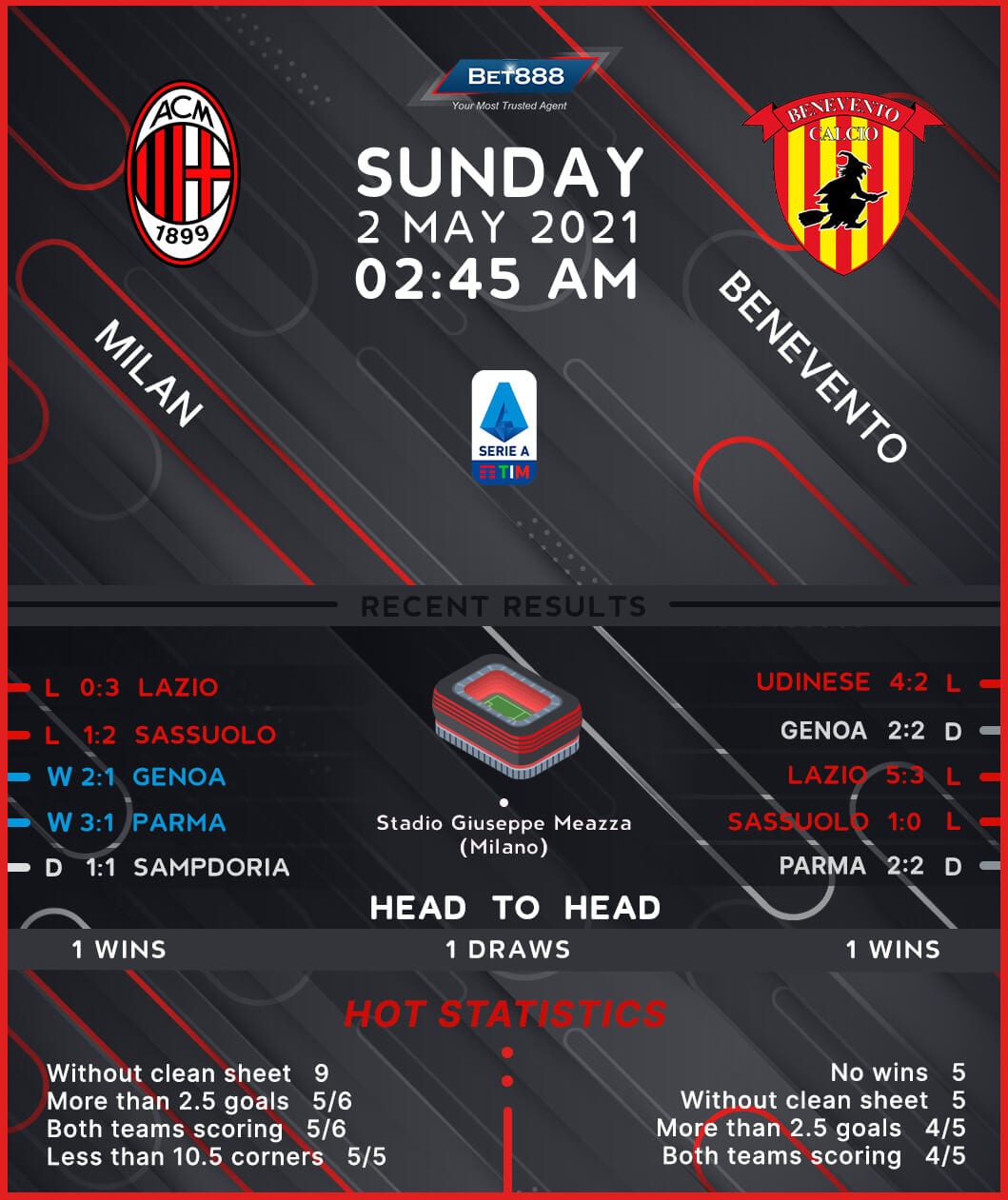