AC Milan’s bid to win a long-awaited Scudetto continues this weekend as they play host to European hopefuls Fiorentina at the Stadio San Siro.

Milan pulled off a stunning second-half comeback to win 2-1 at Lazio last time out, making it two Serie A victories on the spin and solidifying their place at the summit. With only four league matches to go and a two-point lead on second-placed Inter Milan in hand, ‘I Rossoneri’ could almost smell their first Scudetto since 2011. But to get it over the finishing line, Stefano Pioli’s men will have to avenge a frustrating 4-3 defeat in the reverse fixture and stretch their impressive 12-game unbeaten Serie A streak (W7, D5). Milan’s defensive strength has been off the charts in 2022, as they’ve conceded a mere eight goals in 15 Serie A matches this calendar year, with only Liverpool (6) shipping fewer in that span across Europe’s top-five leagues.

In stark contrast to Milan’s high-flying run of form, Fiorentina head into this matchday amid a sticky patch, having lost their last three competitive matches by an aggregate score of 8-1. Back-to-back defeats to sub-par opponents Udinese and Salernitana in the build-up to this clash mean Fiorentina could lose three consecutive Serie A outings for the first time since December 2019. Away from home, ‘La Viola’ have gone winless in three of their four previous Serie A games (D1, L2), conceding 2+ goals three times. By extension, Vincenzo Italiano’s men have failed to keep a clean sheet in their last 13 Serie A fixtures outside Florence, their second-worst such run in the competition in a three-points-per-win era. A lack of the bounce-back ability has witnessed Fiorentina go winless in all nine Serie A away games in which they conceded the opener this season (D2, L7). 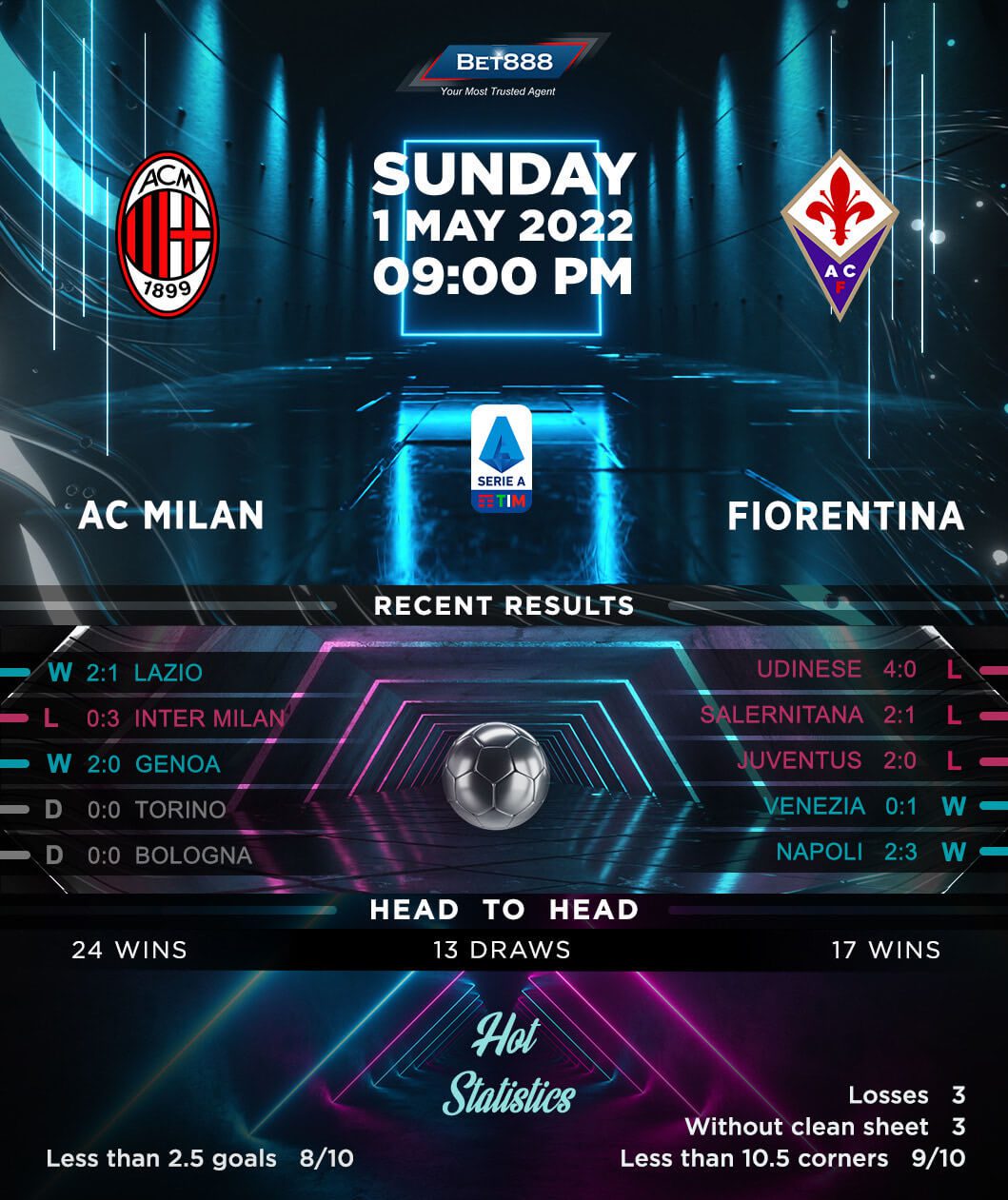