AC Milan will be looking to claim their place in the Coppa Italia quarter-finals when they face out-of-sorts Genoa at the Stadio San Siro.

It’s been a stellar start to the new calendar year for AC Milan so far, with Stefano Pioli’s side winning both Serie A fixtures in 2021 by an aggregate score of 6-1. Delivering action from the onset, ‘I Rossoneri’ opened the scoring within eight minutes of play in both matches, with each of their last four Serie A outings now featuring an opening goal inside the first 12 minutes. However, last season’s Serie A runners-up have blown hot and cold on home turf lately, winning just two of their previous five home fixtures while losing the other three. Going back to late September, Milan’s competitive home games have been notably tight, with seven of their last ten such contests yielding a full-time margin of under 1.5 goals.

On the other hand, a narrow 1-0 home defeat to fellow Serie A relegation strugglers Spezia at the weekend maintained Genoa’s embarrassing Serie A form as they are now winless in their last 18 outings in the competition (D9, L9). New boss Andriy Shevchenko is on the verge of being dismissed only two months into his tenure at the Luigi Ferraris. Since taking charge of ‘Il Grifone’ back in November, the former Milan hero has overseen his side drawing a blank in six of their nine Serie A fixtures and scoring precisely once per game in the other three. Encouragingly, though, Shevchenko’s solitary success at Genoa arrived precisely in the Coppa Italia, where they ousted Serie A basement boys Salernitana 1-0 in the previous round. After losing their last two meetings with Milan by an aggregate score of 5-1, the visitors look like an already doomed outfit here. 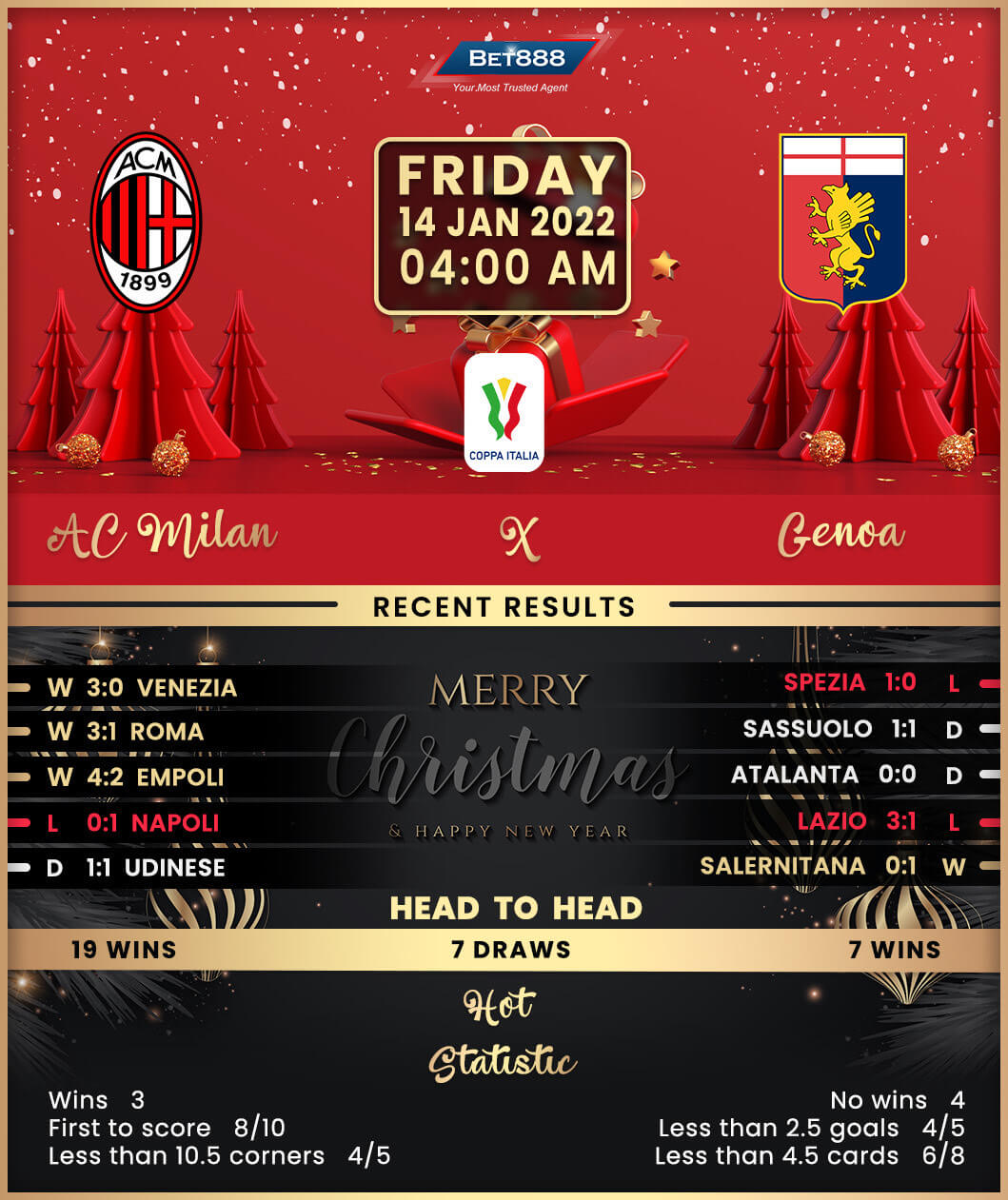