Stadio San Siro is the venue, as AC Milan and Internazionale go head-to-head in the 174th Derby della Madonnina in Serie A.

A shocking 2-0 away loss at Spezia last time out saw AC Milan surrender the top spot to Inter, meaning ‘I Rossoneri’ have failed to score in two of their previous four Serie A outings (W2, L2). At home, Stefano Pioli’s men have alternated between a win and a defeat in their last five Serie A matches (W3, L2), with both reverses coming against the current top-six sides. Curiously, though, Milan beat Inter 2-1 in the reverse fixture back in October and could win both duels in a single Serie A campaign for the first time since lifting the league title back in 2010/11. The ‘clean-sheet’ theme could play a significant role, as all of Milan’s last four competitive home games have seen one or both sides fail to get on the scoresheet (W2, D1, L1) – if considered only 90 minutes of play.

Meanwhile, Inter have racked up three consecutive Serie A wins since being held to a goalless away draw on Matchday 19, with each success in that run coming by at least a two-goal margin. A 2-0 away win at Fiorentina in their last Serie A trip put an end to Inter’s three-game winless top-flight streak on the road (D2, L1), marking their second away league clean sheet in a row in the process. At the other end of the pitch, Antonio Conte’s men have netted the division-high 54 goals this season and are the only team to smash a 50-goal barrier so far. Far more dangerous after half-time, ‘I Nerazzurri’ have registered a clear majority (66.67%) of their total Serie A goals scored this season in the second half (36/54), with 50% of their league matches featuring at least one goal inside the final 15 minutes of play. 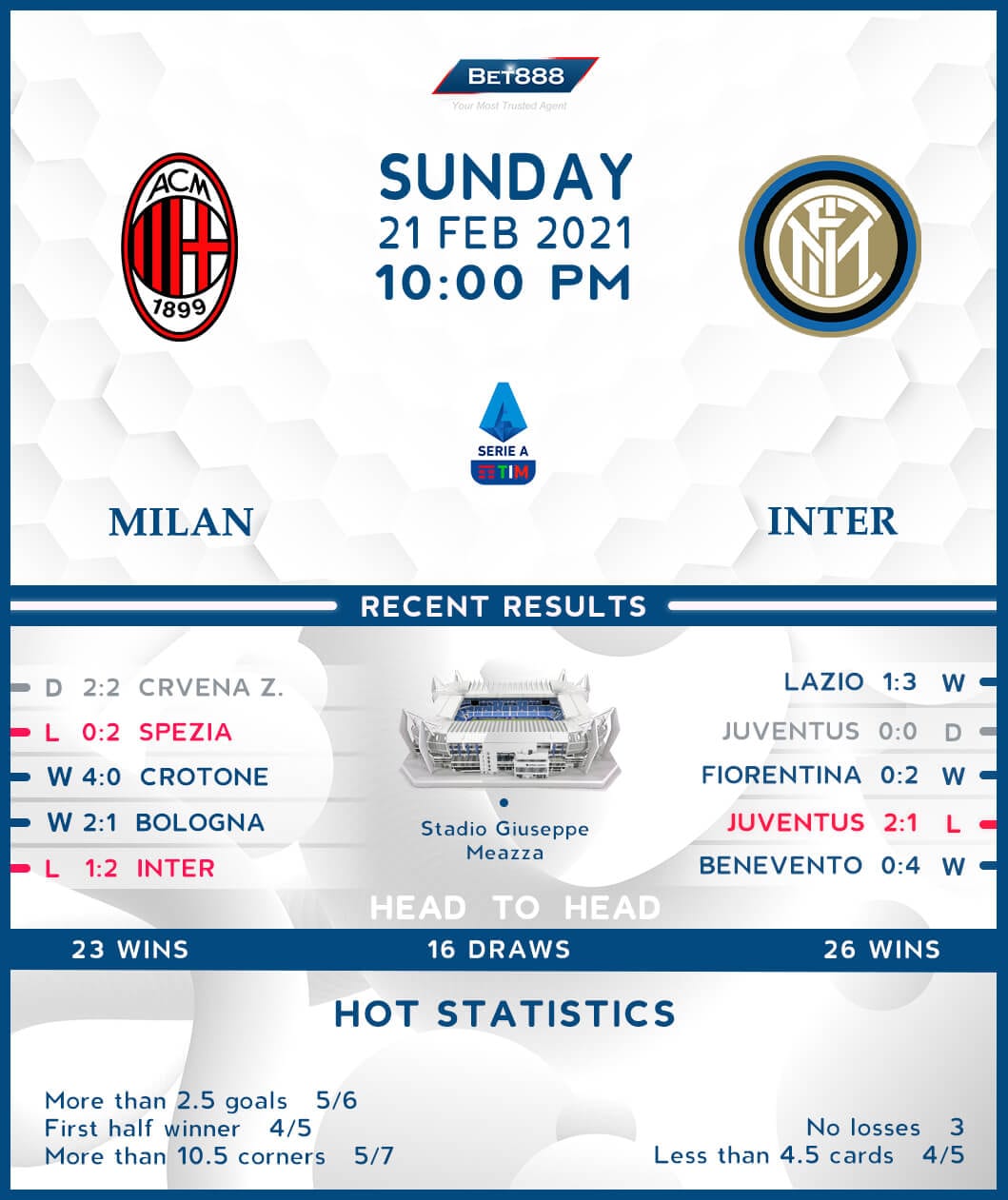