AC Milan will be looking to overcome Lazio and maintain their impressive unbeaten Serie A run post lockdown when the two Italian giants lock horns at the Stadio San Siro.

It’s been one hell of a start to the season for AC Milan, who enter this round as one of just two sides yet to taste defeat in Serie A (W9, D4). Remarkably, ‘I Rossoneri’ are the only team to score 2+ match goals in each of their opening 13 league outings, racking up a division second-high 29 goals. Particularly prolific after the half-time break, they have registered the majority (64.29%) of their total Serie A goals scored at home in the second half of play (9/14). Against this backdrop, Stefano Pioli’s men have netted under 1.5 goals in each of their last three competitive H2Hs as hosts (W1, L2). The ‘clean-sheet’ theme seems to be off the table, though, as Milan have failed to shut out their opponents in nine of their 13 Serie A fixtures so far.

Meanwhile, the visitors have been struggling to establish some consistency across their last five Serie A matches (W2, D1, L2), with each game won/lost in that period seeing the victor win the first half ‘to nil.’ Away from home, though, ‘I Bianconcelesti’ have gone undefeated in four league fixtures (W3, D1) since losing 3-0 to Sampdoria on Matchday 4, scoring 2+ goals in each match they won in this streak. But, Lazio’s hopes of winning here will only hinge on whether or not they can avoid conceding the opener, as they’ve failed to win any of their seven Serie A games in which they let in the first goal (D2, L5). It could be a daunting task for Simone Inzaghi’s men to do so, knowing 13 (65%) of their total 20 league goals conceded so far have come in the first half. 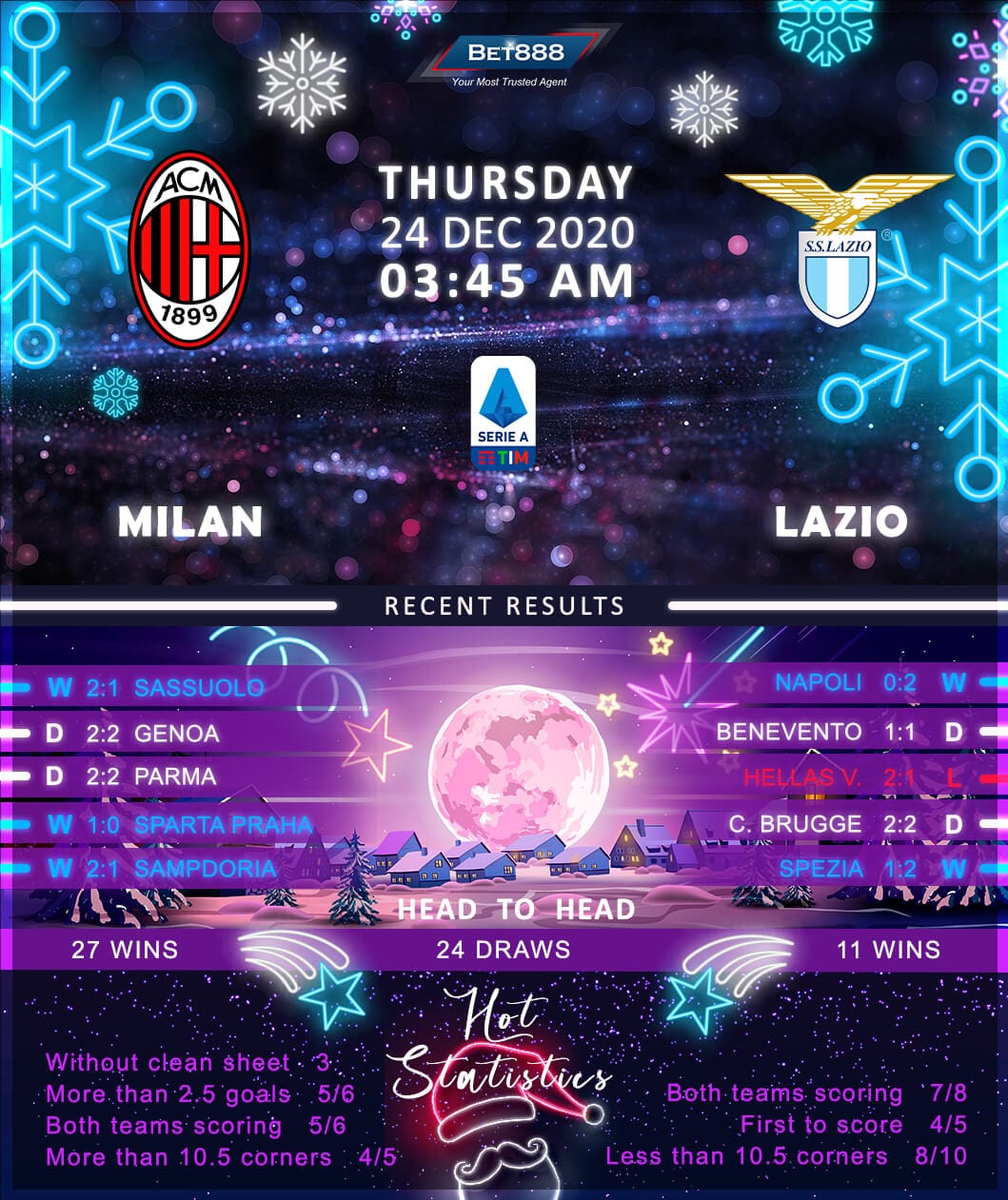