After a 1-1 first-leg stalemate at Old Trafford, AC Milan and Manchester United will both fancy their chances of reaching the UEFA Europa League quarter-finals as they prepare to trade tackles at the Stadio San Siro.

Following utterly impressive showings in the Europa League in autumn that saw them win four of the six games in the competition (D1, L1) to finish top of Group H, Milan barely managed to overcome Crvena Zvezda in the Round of 32 on the away goal rule (2-2 A, 1-1 H). ‘I Rossoneri’ have bettered English opponents in eight of their 14 UEFA two-legged ties, though they have only won 46.67% of their European clashes against Premier League visitors at home (W7, D4, L4). Yet, Stefano Pioli’s men boast a solid overall record in the Europa League home matches, having won ten of their 15 such contests so far (D2, L3). Even though they come into this encounter as underdogs, resurgent Serie A heavyweights can take confidence from the fact they have won 24 of the previous 28 UEFA competition ties in which they drew away in the first leg.

Having moved across from the UEFA Champions League, Manchester United ousted Real Sociedad on a 4-1 aggregate score in the Round of 32 (4-1 A, 0-0 H). A victory against the Basque giants slightly improved United’s indifferent away record in the Europa League (W7, D4, L6). But it is worth noting that they have only lost one of their 11 trips in the competition (W6, D4). Remarkably, the ‘Red Devils’ have found the net in all 13 of their away fixtures in the Europa League knock-out stages outside England. However, the Premier League giants have encountered all sorts of trouble on Italian soil, having won just five of their 18 UEFA European trips to the country (D3, L10) though winning each of the last two. United have failed to progress from seven of the 12 UEFA competition ties in which they drew the first leg at home. 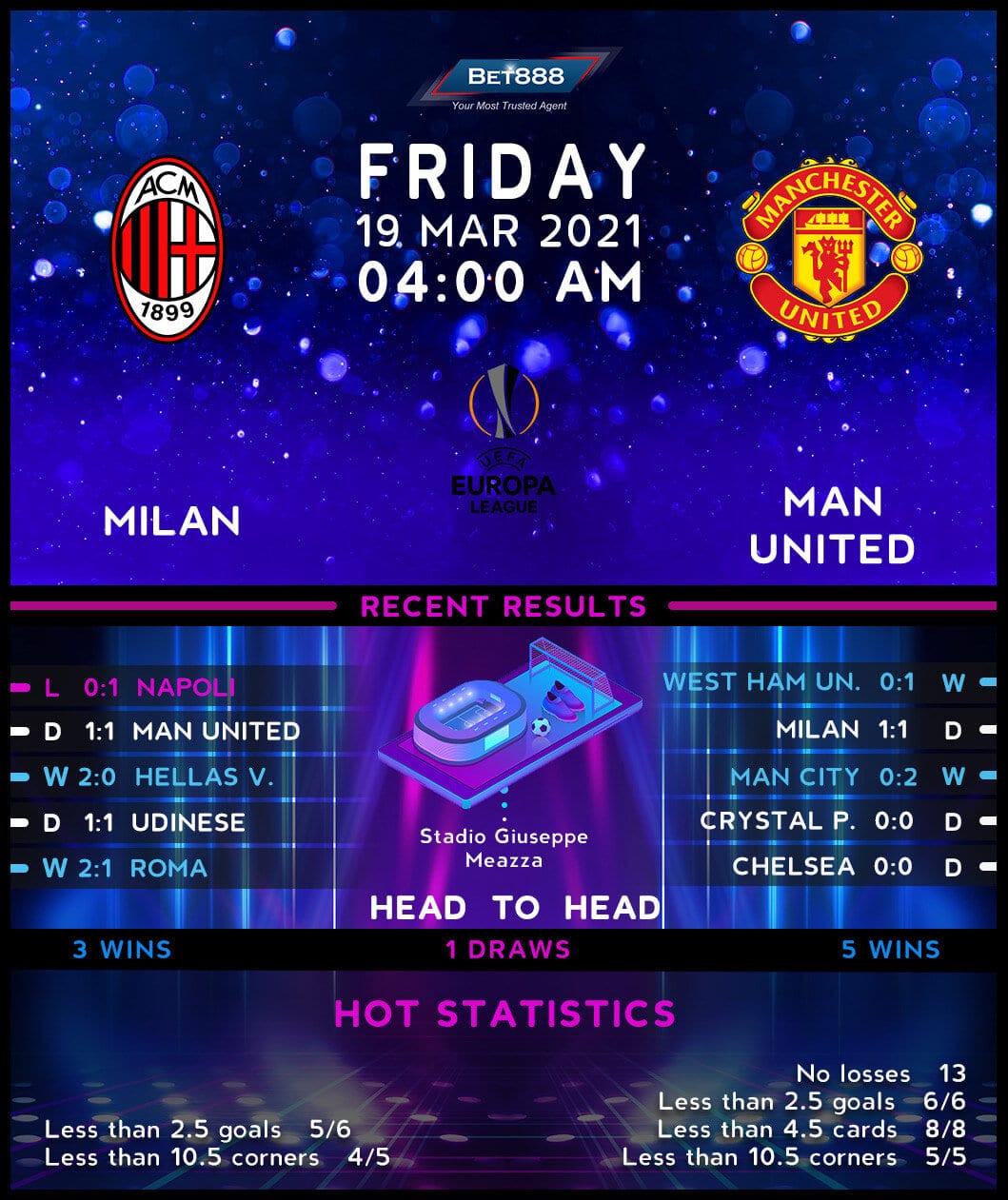