AC Milan and Napoli will square off at the Stadio San Siro in a blockbuster Serie A showdown.

An upturn in form has seen Milan go from back-to-back Serie A defeats ‘to nil’ to three consecutive league matches without losing (W2, D1), as they remain within a touching distance from table-toppers Internazionale. At home, ‘I Rossoneri’ have picked up only one win in their last four Serie A games (D1, L2), with each fixture won/lost in that sequence coming by over 2.5 goals ‘to nil.’ Stefano Pioli’s men have not lost any of their previous four top-flight meetings with Napoli (W1, D3), with a 3-1 victory at the Stadio Diego Armando Maradona putting Milan in a position to claim a league double over the Naples outfit for the first time since 2010/11. However, the Lombardian giants last won a home Serie A clash against Napoli in 2014, drawing three and losing two such encounters since then.

Meanwhile, ‘I Partenopei’ have scored over 1.5 goals in each of their last five Serie A outings, with seven of their ten goals netted in that period coming in the second half of play. Away from home, Napoli have gone winless in four league matches on the bounce (D1, L3) since beating Udinese on Matchday 17, with each of those fixtures seeing over 2.5 goals and both teams on the scoresheet. Gennaro Gattuso’s attacking set-up usually bursts into life after the interval, as witnessed by the fact that 72.73% of Napoli’s away league goals scored this term arrived in the second half (16/22). Indeed, the visitors’ cagey entries have seen them get on the scoresheet within 15 minutes of play in only two of their 12 Serie A trips thus far. Late action is well on the cards, though, as eight (66.67%) of their 12 away league games have featured a goal inside the final 15 minutes. 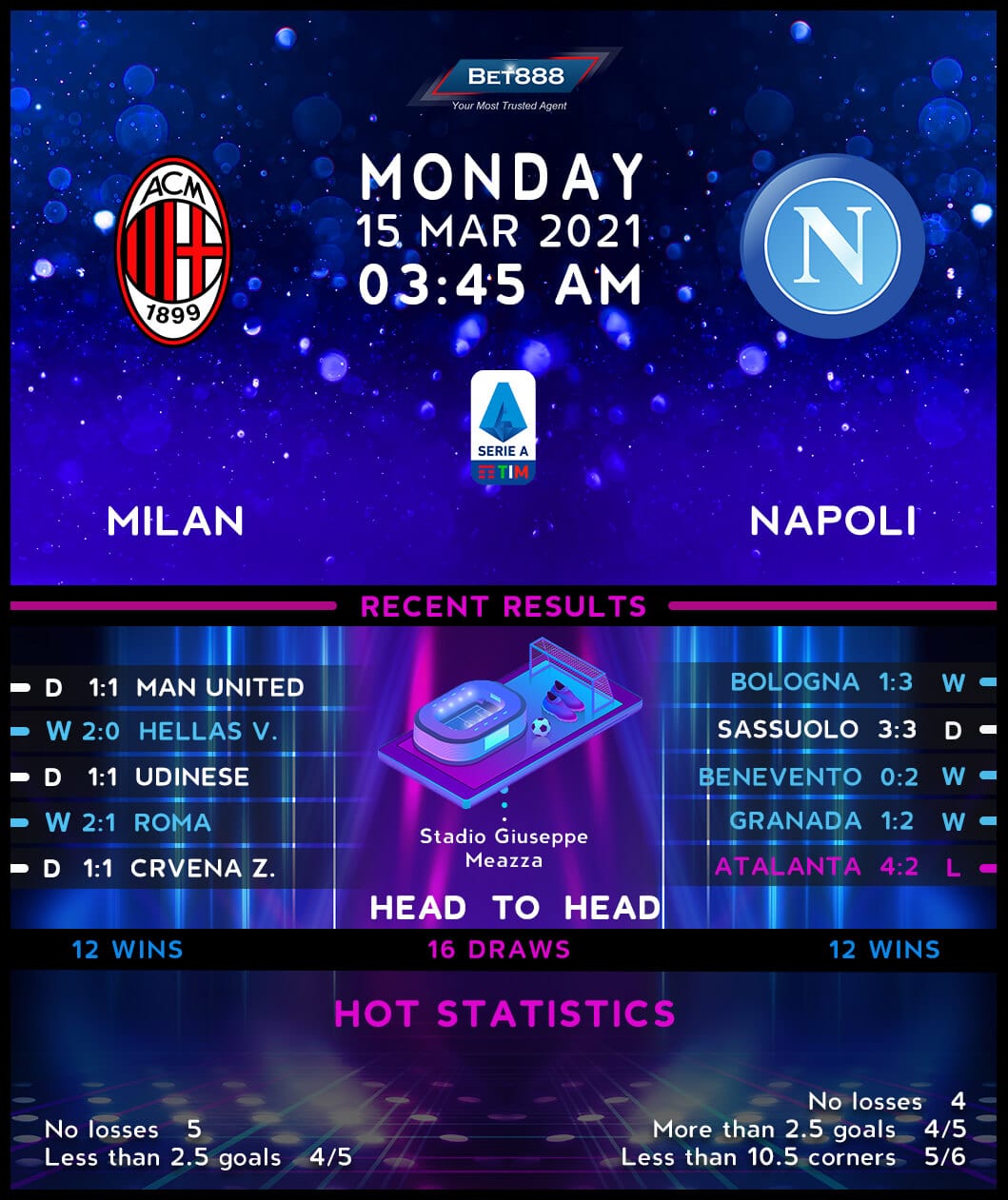