Serie A returns to action this weekend as AC Milan welcome Sampdoria to the Stadio San Siro in a must-win fixture for the home side.

Milan prevailed in a five-goal thriller to beat Fiorentina 3-2 on the road on the eve of the international break and keep a seven-point deficit of top-placed Internazionale. However, since a 4-0 thumping of relegation-threatened Crotone on Matchday 21, ‘I Rossoneri’ have gone winless in three consecutive Serie A home matches (D1, L2), drawing a blank in each defeat. Against this backdrop, Stefano Pioli’s men have suffered just one loss in their last seven top-flight H2Hs as hosts (W4, D2), shipping under 1.5 goals on six occasions. Keeping a clean sheet has been a daunting task for Milan on home turf lately, as they’ve conceded in each of their previous five home games in all competitions, letting in precisely one goal in the last four. Topically, 60.61% of their total Serie A goals conceded this season have come at the San Siro (20/33).

Meanwhile, Sampdoria snatched away a narrow 1-0 home win over Torino last time out, putting an end to their disastrous five-match winless streak in Serie A (D2, L3). Also, it was the first time since late January that ‘La Samp’ had kept a clean sheet in a top-flight fixture, having conceded at least once in eight league matches in a row beforehand. Away from home, the visitors have alternated between a draw and a loss across their last four Serie A games (D2, L2), falling behind on each occasion and failing to score before half-time three times. There might not be a way back for Sampdoria if they concede first here, knowing they have not won any of the nine away league matches when doing so this term (GP:9 – D3, L6). Curiously, Claudio Ranieri’s men have not drawn any of their previous 20 Serie A games against the teams starting the day in the top two (W5, L15). 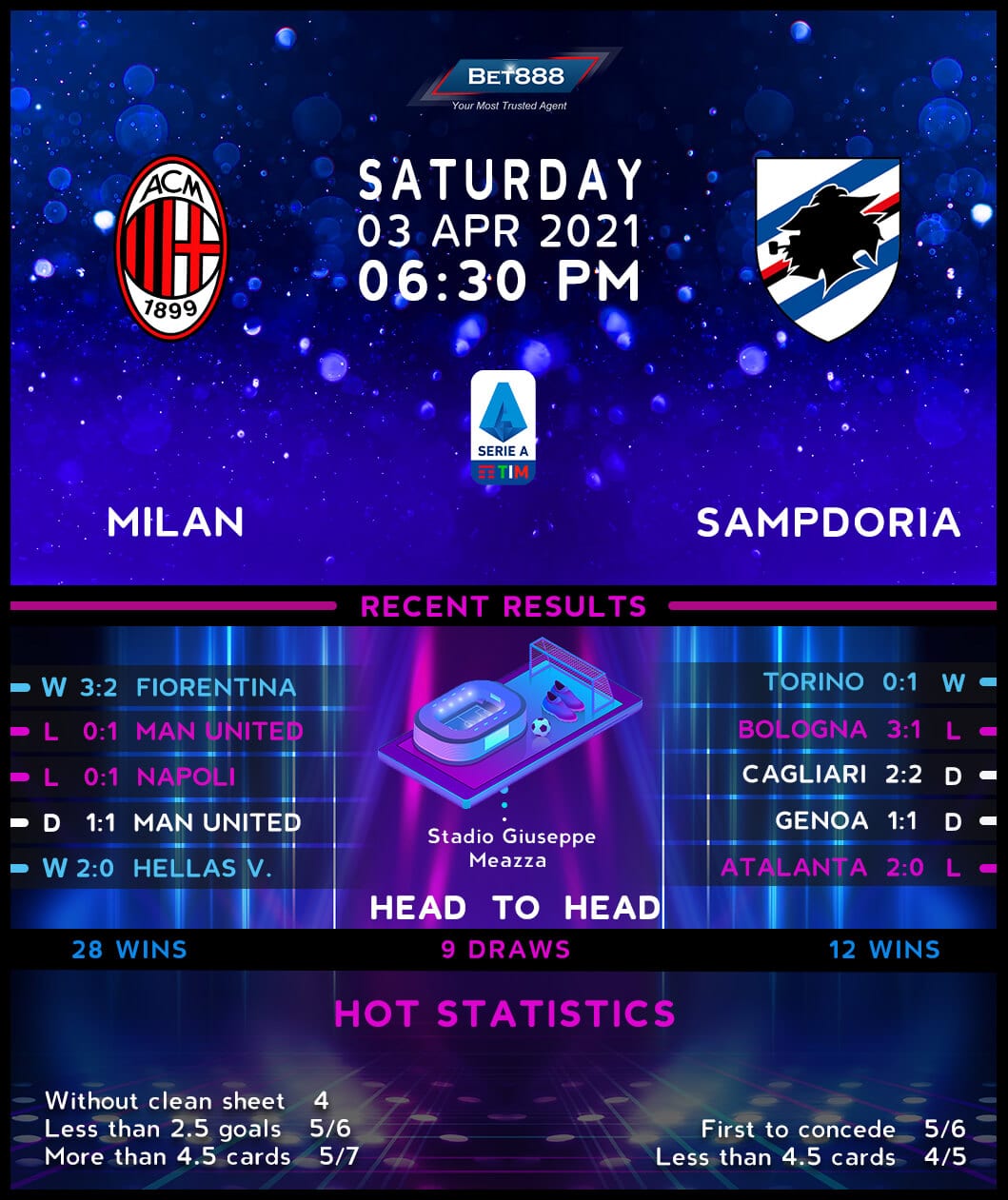