AC Milan and Sassuolo will trade tackles at the Stadio San Siro in Serie A this midweek, as the hosts hope to solidify their position in the top-four race.

Unbeaten in their last four Serie A outings (W3, D1), Milan will be looking to win three consecutive league matches for the first time since January. Adding to their confidence, ‘I Rossoneri’ have avoided defeat in their previous nine top-flight meetings with Sassuolo (W7. D2), winning the last two by the identical 2-1 scoreline. Before beating Genoa 2-1 in their most recent home Serie A fixture, Stefano Pioli’s men were winless in six competitive games at the San Siro (D3, L3), scoring under 1.5 goals on each occasion. Quick out of the blocks, the hosts have netted the joint-high 21 goals inside the opening 30 minutes of play this Serie A season, with 75% of their home league matches featuring at least one first-half goal.

Meanwhile, Sassuolo have enjoyed an upturn in form lately, going from three successive Serie A games without winning (D1, L2) to back-to-back triumphs. Away from home, a 1-0 win at Benevento in their most recent road league fixture ended a run of three defeats, all of which had seen ‘I Neroverdi’ concede 2+ goals. Sassuolo’s away action usually sparks into life after the break, with 61.54% of their Serie A goals scored/conceded on the road this term coming in the second half of play (32/52). Late action is also well on the cards, as 62.5% of their away league fixtures have featured a goal beyond the 75th minute. Interestingly, Roberto De Zerbi’s men have avoided defeat in 57.14% of the Serie A games in which they conceded first this season (GP14 – W2, D6, L8). 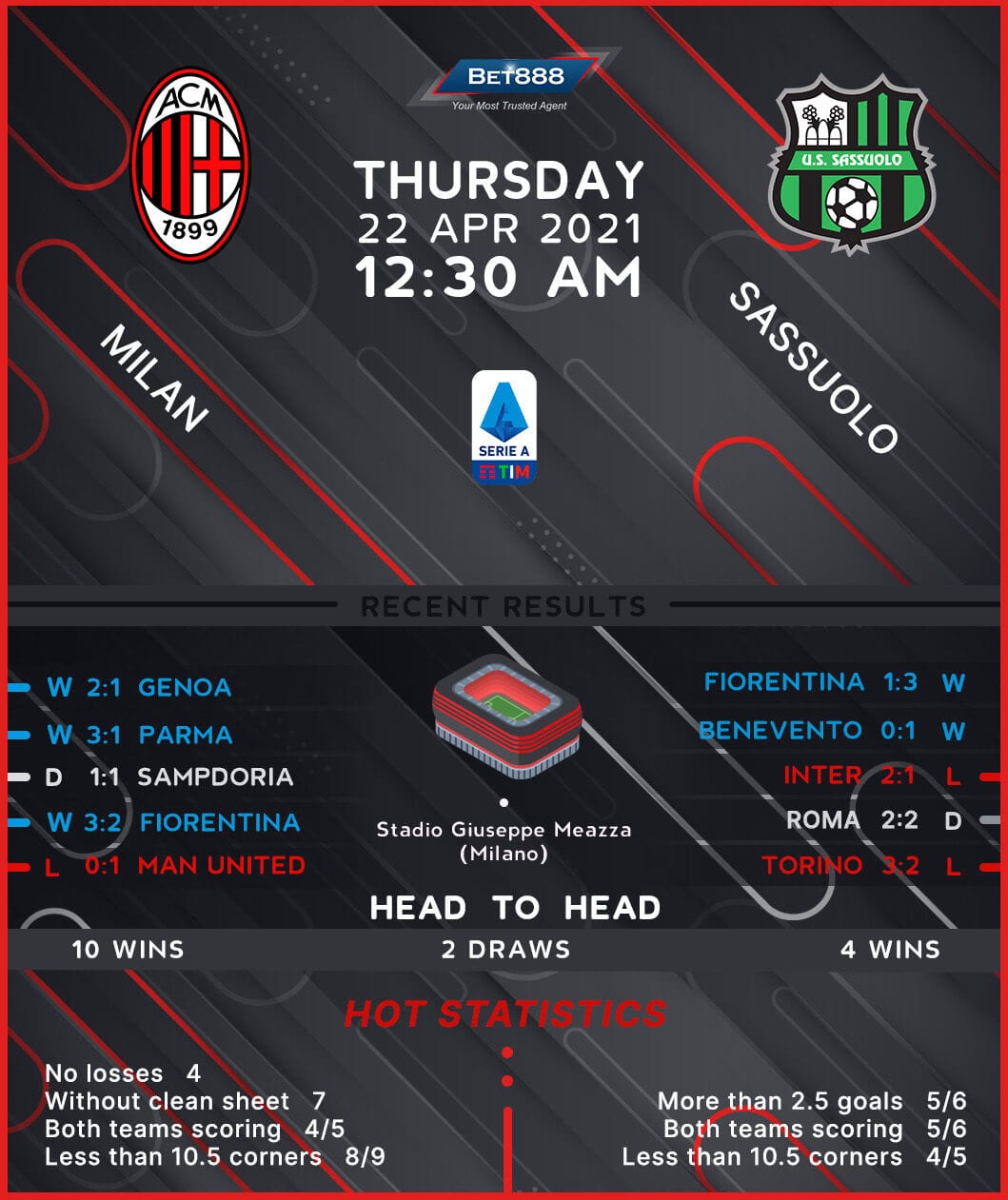