AC Milan and Torino are set to face off at the Stadio San Siro, with the home side looking to return to winning ways in Serie A following a midweek failure.

Milan’s exceptional 27-game unbeaten Serie A run (W20, D7) was brought to a halt with a 3-1 home defeat at the hands of Juventus last time out. Torino’s arrival at the San Siro will be a perfect opportunity for ‘I Rossoneri’ to bounce back immediately, as they’ve not lost any of their 24 previous top-flight H2Hs here (W16, D8). It’s been over a year since the current table leaders last failed to score in a Serie A match, with Stefano Pioli’s men bagging 2+ goals per league game in 15 of their 16 such fixtures this season. However, Milan’s leaky defense has kept a clean sheet in only a quarter of their Serie A outings this term (4/16), conceding over 1.5 goals in each of their last three home league games.

Meanwhile, Torino have enjoyed a slight upturn in form lately, going from three consecutive Serie A defeats to four league matches without losing in a row (W1, D3), with each draw in this sequence coming by the same 1-1 scoreline. Away from home, just one of Torino’s last six league games has ended level (W2, L3), with each fixture won/lost in this period seeing the victor score 2+ goals on the day. However, only one team has conceded more Serie A goals than Torino (33) this season, with Marco Giampaolo’s men letting in a league-high 20 goals beyond the 60-minute mark. Additionally, ‘Il Toro’ have developed a habit of falling behind without recovering, losing five of six Serie A matches in which they conceded the opening goal (D1). 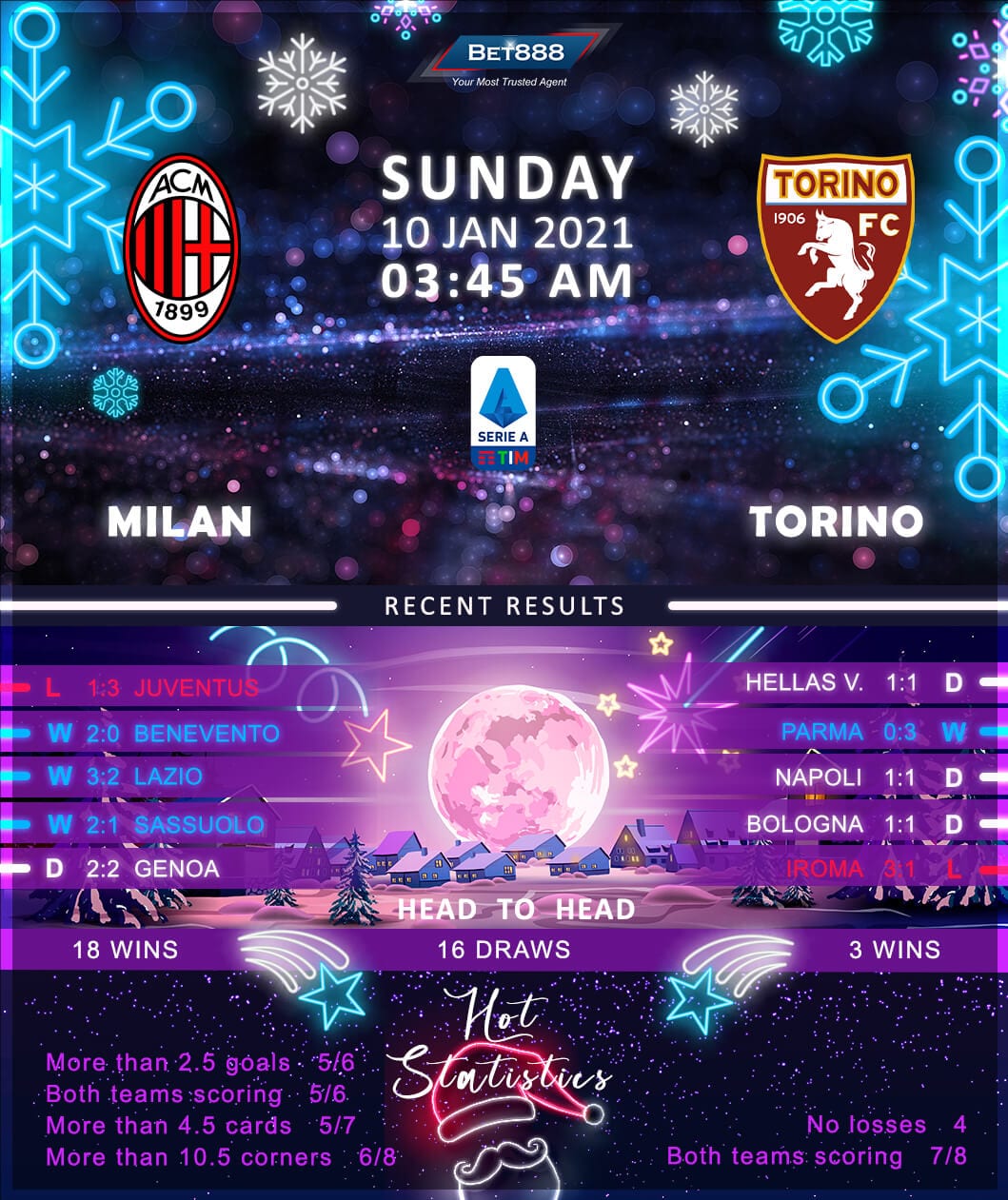