AC Milan and Torino will lock horns at the Stadio San Siro for the second time in a matter of days, though this time around, the Coppa Italia elimination is at stake.

‘I Rossoneri,’ who ran out 2-0 winners when these two met in Serie A a few days ago, are massive favorites to progress from this round, especially considering they have not lost any of their last 16 competitive H2Hs as hosts (W10, D6). Remarkably, free-scoring Milan have scored over 1.5 goals per match in six of their seven previous competitive home outings to win four such fixtures (D2). By extension, Stefano Pioli’s men have only failed to get on the scoresheet in a competitive home game over the past 12 months! Curiously, they have conceded over 1.5 goals per match in six of their last eight home games across all competitions, keeping a clean sheet in the other two. Going back to 1998, Milan have managed to overcome Torino in three of their four Coppa Italia encounters held at this venue.

Meanwhile, Torino, who smuggled past Entella 2-0 in the previous Coppa Italia round, have claimed only one victory across their last nine matches (D4, L4), scoring under 1.5 goals on six of those occasions. Additionally, except for a 3-0 triumph against Parma, ‘La Granata’ have conceded at least twice in four of their last six away fixtures, losing each of them. Letting in the opener could pave the way for another disturbing night for the traveling fans, given that Marco Giampaolo’s men have lost six of their seven competitive games in which they conceded the first goal this season (D1). However, Torino have failed to find the net in four of their last five competitive trips to San Siro, with a 4-2 Coppa Italia elimination in 2019/20 being the lone exception. 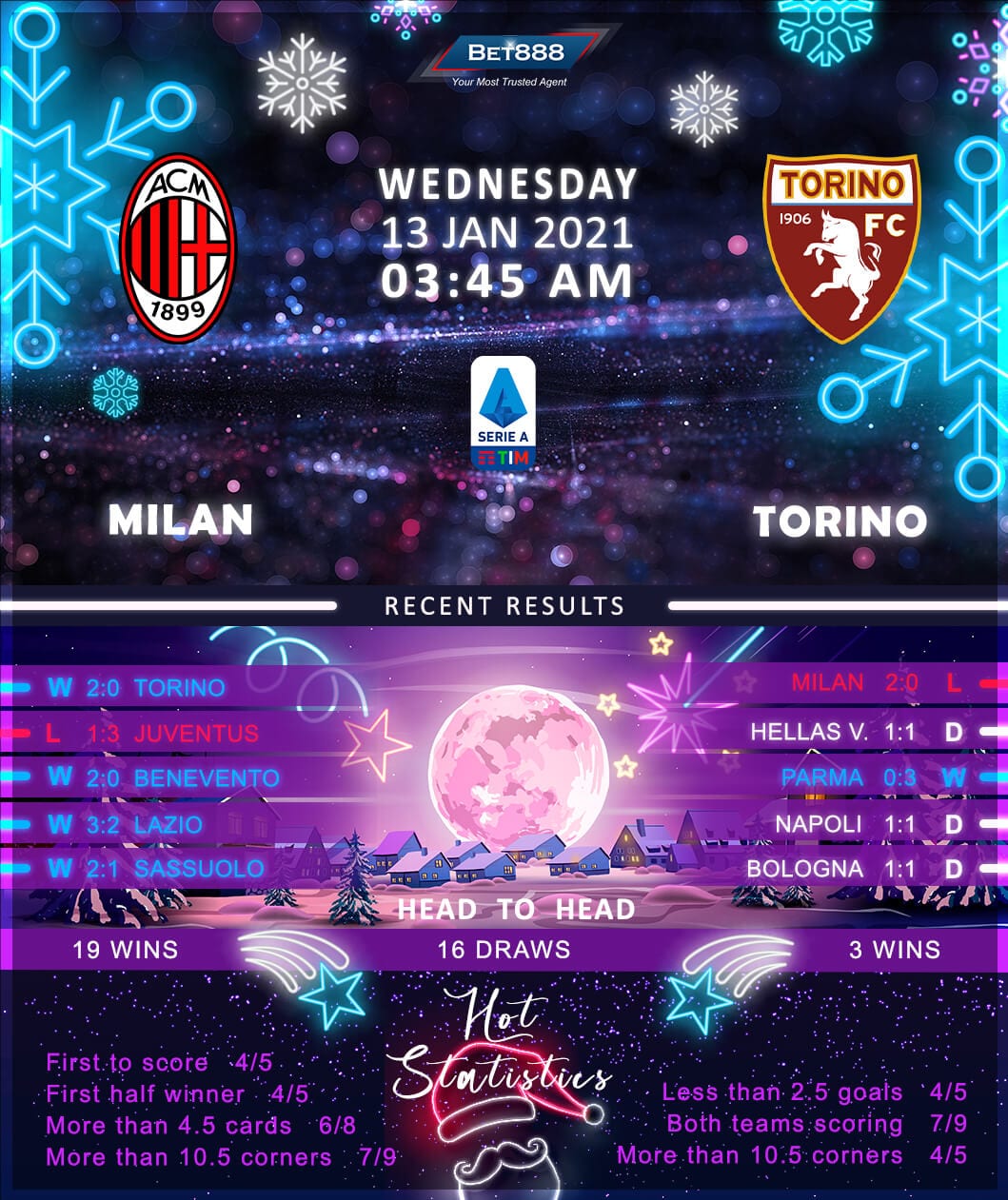