Milan put up a masterful performance to win 2-1 at Roma at the weekend and bring a two-game losing streak in Serie A to an end. At home, ‘I Rossoneri’ have not drawn any of their last six Serie A matches (W3, L3), alternating a victory with a defeat on each occasion. Interestingly, each of their three reverses in the abovementioned six-game sequence saw Milan concede precisely three goals, while two of their wins witnessed them score three or more. San Siro has been a venue of entertainment this season, as nine (75%) of Milan’s 12 Serie A fixtures here have featured over 2.5 total goals. Stefano Pioli’s men have not lost any of their last three top-flight meetings with Udinese at home (W2, D1), with each of those clashes seeing both teams scoring.

Meanwhile, the visitors clutched a late win against Fiorentina last time out, putting an end to their two-game winless run in Serie A (D1, L1). Udinese’s league matches in 2021 have been notably tight, as eight of 11 have seen the sides separated at full-time by under 1.5 goals. Additionally, for ‘I Friuliani,’ goals have been in short supply lately, as they’ve netted one or less in seven of their last nine Serie A outings, with 77.78% of their goals scored in that period coming in the second 45 minutes of play. Far more lethal after half-time, Luca Gotti’s men have registered the majority (68.75%) of their total Serie A goals scored away from home this season in the second half of play (11/16), getting on the scoresheet beyond the 75th minute in a third of their top-flight trips thus far. 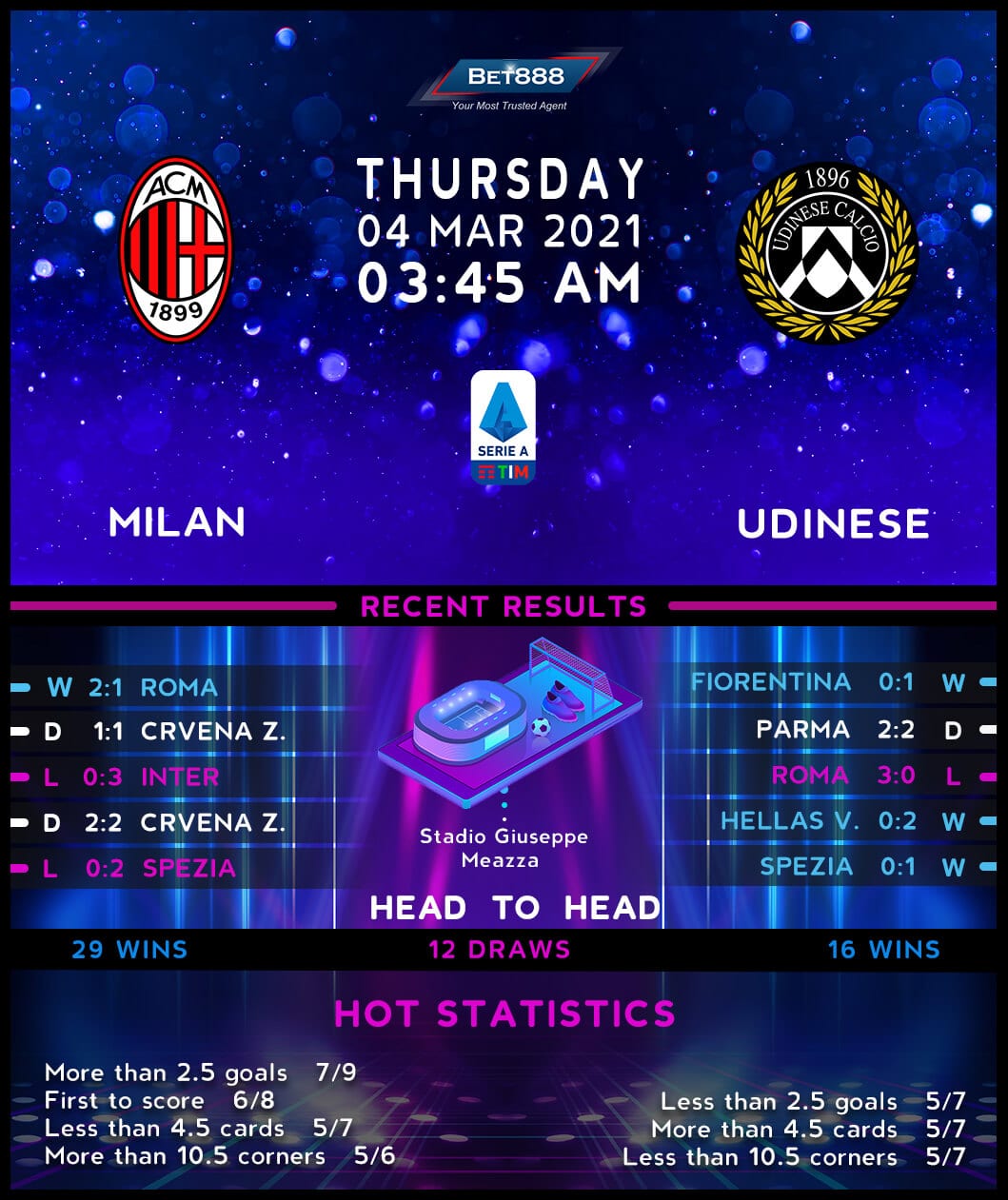