Sporting Braga will be looking to avoid losing to AEK Athens at the Olympic Stadium of Athens “Spiros Louis” in order to secure a place in the UEFA Europa League knock-out stage.

A dismal 3-0 defeat in the reverse fixture on Matchday 1 means the hosts have lost each of their last three European meetings with Braga. None of AEK’s four group stage matches this season has ended level (W1, L3), with three of those results (win/loss) coming by a three-goal margin. Curiously, though, the Greek side had gone unbeaten in nine fixtures in the Europa League prior to this season (W2, D7). However, Massimo Carrera’s men have failed to pick up a win in any of their last 11 home games in this competition, conceding over 1.5 goals on eight of those occasions, qualifying excluded (D5, L6). It’s also worth noting that none of AEK’s four European home clashes versus Portuguese visitors has ended in a draw (W2, L2).

In the meantime, Braga’s flying start to their Europa League campaign has started to fade lately, as they’ve gone from back-to-back group stage triumphs to two matches without a win (D1, L1). Still, they have been an exciting team to watch, as evidenced by the fact that each of their four games in Group G has produced over 2.5 total goals. Quick out of the blocks, ‘Os Arcebispos’ have registered half (4) of their total eight Europa League goals scored this term within 25 minutes of play. Although four of their six previous away fixtures in the Europa League ended in their favor (W4, L2), the Portuguese giants have to be wary of the fact both of their defeats in this run arrived in the last three road trips. Yet, Braga have avoided defeat in both of their only previous UEFA trips to Greece (W1, D1). 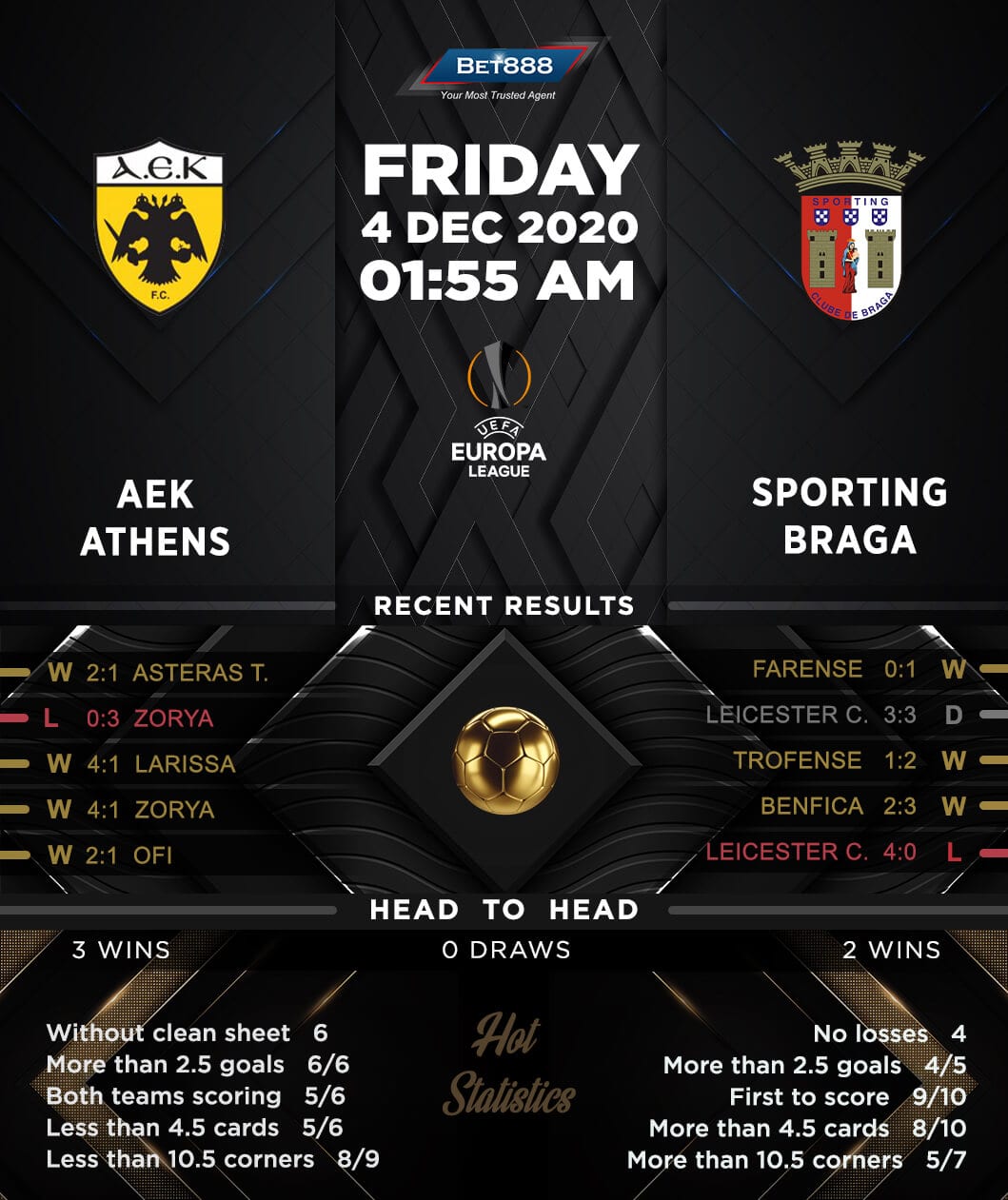