Johan Cruijff Arena is the venue as Ajax and Atalanta battle it out for a safe passage to the UEFA Champions League knock-out stage. With one point separating the teams ahead of the kick-off, the Dutch side must pick up the three points to secure a berth in the competition’s Round of 16.

Ajax lost both of their group-stage clashes against Liverpool by the same 1-0 scoreline, with each of their remaining three matches in Group D seeing over 2.5 goals and both teams on the scoresheet (W2, D1). The ‘Lancers’ have gone unbeaten in seven consecutive Champions League meetings with Italian clubs since losing 1-0 to Inter Milan in 2006 (W2, D5). However, the Eredivisie giants have won their final group stage fixture only twice in their last 13 Champions League campaigns (D5, L6). Interestingly, none of Ajax’s eight competitive home games has ended in a draw this season (W6, L2), with Erik ten Hag’s men netting an intimidating average of 3.83 goals across their victories in that sequence.

Meanwhile, Atalanta could become the fourth team to qualify for the Champions League knock-out stage after failing to land a single triumph at home in the group phase (D2, L1). However, away from home in the Champions League, Gian Piero Gasperini’s men have won both of their matches this season by an aggregate score of 6-0. Indeed, Atalanta will be looking to become only the second Serie A side to win five consecutive away games in the Champions League after Juventus. Curiously, each of their five Champions League group-stage fixtures this season has seen the visiting team on the day get on the scoresheet first. Notably, ‘La Dea’ have kept a clean sheet in three of their last four road trips in all competitions (W3, D1), scoring at least twice in each victory in this run. 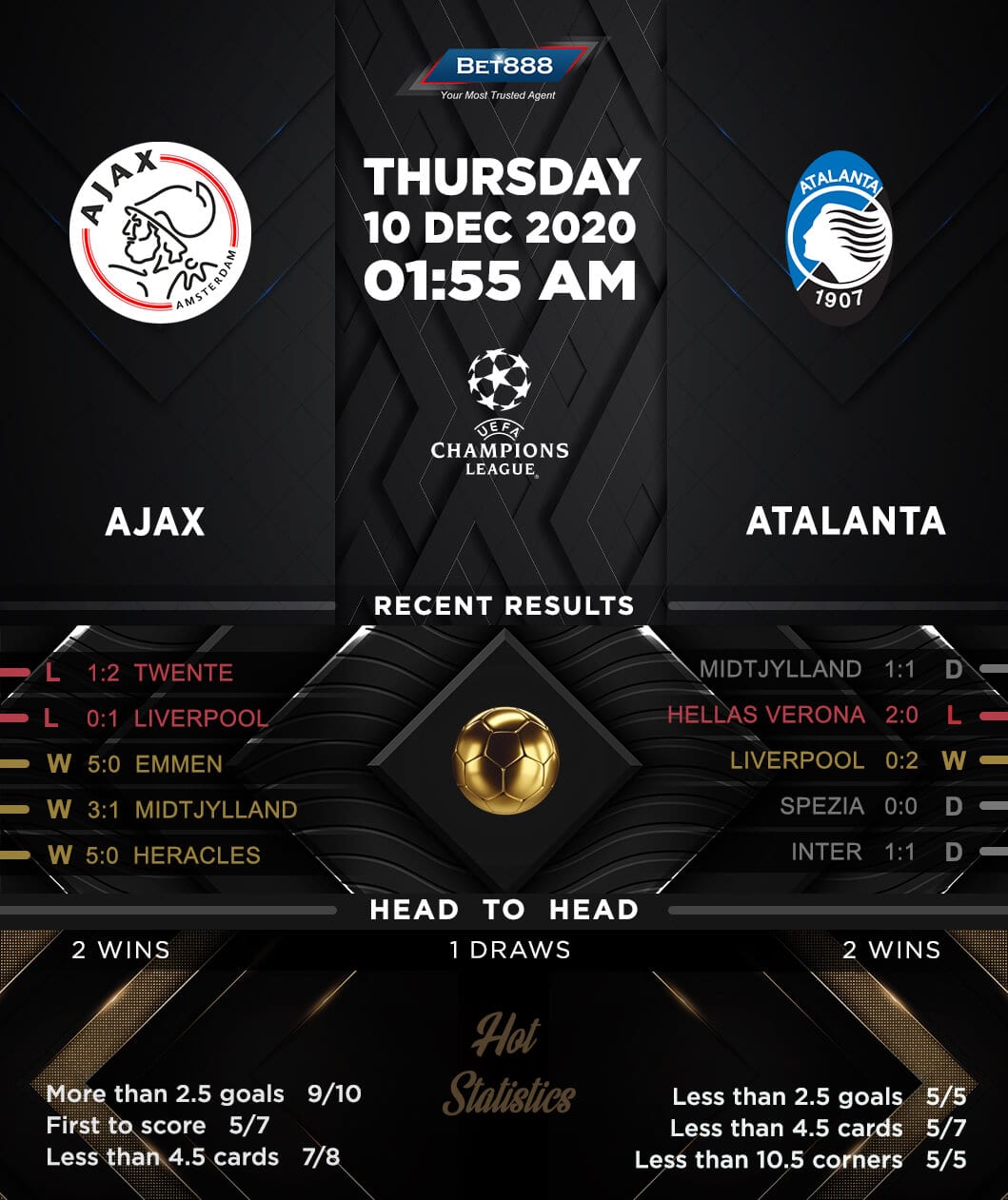