A 2-1 win in France puts Ajax in a prime position to land a spot in the UEFA Europa League last-16, as they prepare to welcome Lille to the Johan Cruijff Arena for the return leg of their last-32 tie.

Since exiting the UEFA Champions League back in December 2020, Ajax have turned into a force to be reckoned with, racking up an impressive 15-game unbeaten run in all competitions (W13, D2) and winning each of their last ten competitive outings. Free-scoring Dutch giants have netted over 1.5 goals in six of their last seven home games (W6, D1), managing an average of 3.00 goals per match over that stretch of fixtures. Ajax’s European contests have been notably tight this season, as six of seven have seen the teams separated at full-time by under 1.5 goals (W3, D1, L3). Yet, Erik ten Hag’s men have won each of their last seven home games in the Europa League group stages. Adding to their confidence, ‘de Godenzonen’ have only suffered one defeat in their previous seven European meetings with French oppositions (W4, D2, L1), qualifying included.

Meanwhile, a home loss to Ajax in the reverse fixture represents Lille’s lone failure across their last ten outings in all competitions (W8, D1). The ‘clean-sheet’ theme is well on the cards, as seven of their previous ten competitive matches have seen one or both sides fail to get on the scoresheet. On the flip side, though, each of Lille’s three European trips this season has seen the winner on the day score over 2.5 goals (W2, L1), with only one of those results (win/loss) returning a blank sheet. ‘Les Dogues’ historically struggle away from home in the Europa League, as witnessed by the fact they have only won a third (3) of their 15 road trips in the competitions (D5, L7). That said, they have lost all three of their UEFA European meetings with Ajax this millennium, conceding 2+ goals on each occasion. 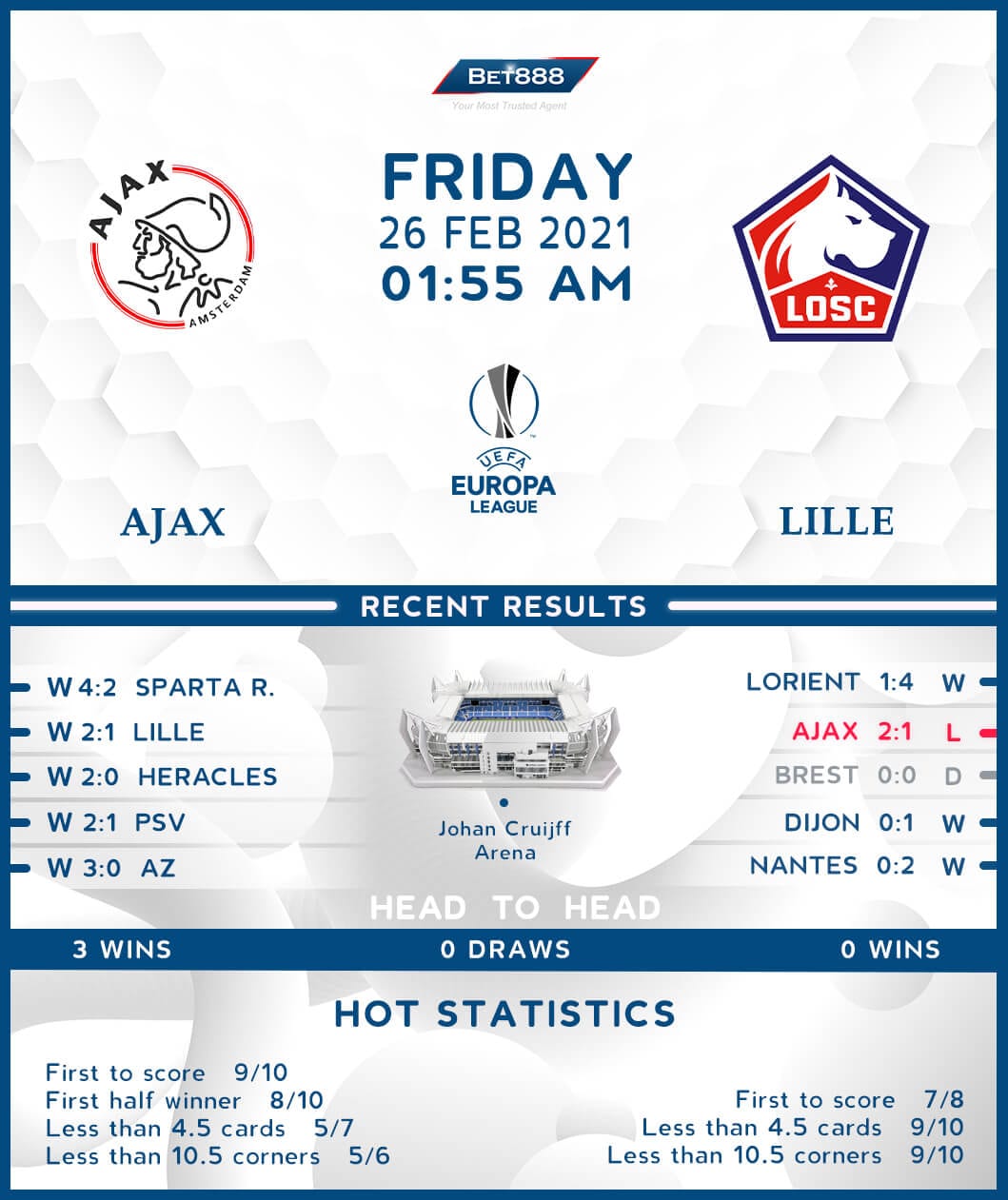