Ajax and Roma go head-to-head at the Johan Cruijff Arena in the first leg of their UEFA Europa League quarter-final tie.

Moving across from the UEFA Champions League for the second season running, Ajax went past Lille in the Europa League round of 32 after winning both legs via the same 2-1 scoreline. The ‘Lancers’ swept aside Young Boys in the last-16, running out 5-0 aggregate victors (3-0 H, 2-0 A) to reach the competition’s quarter-finals for the first time since 2016/17. Notably, the Eredivisie heavyweights have won all nine of their previous Europa League knock-out home matches. Having picked up ten consecutive home victories in the Europa League, Ajax are now one win short of equaling Sevilla’s record in the competition. Furthermore, Erik ten Hag’s men have gone unbeaten in 15 consecutive Europa League games in Amsterdam (W12, D3) since succumbing to a 3-0 defeat to RB Salzburg in the 2013/14 last-32.

Meanwhile, Roma finished top of Europa League Group A, having avoided defeat in all group-stage fixtures bar a Matchday 5 reverse to CSKA Sofia (W4, D1). ‘I Giallorossi’ have been relentless in the competition’s knock-outs this season, going past Sporting Braga and Shakhtar Donetsk in the round of 32 and the round of 16 respectively by winning all four matches across that sequence. Despite their handsome reputation in European football, the Serie A giants will make their debut in the Europa League quarter-finals. They had lost four consecutive UEFA two-legged quarter-final ties before bettering Barcelona in their famous 2017/18 UEFA Champions League last-8 encounter. Before winning 2-0 at Braga in the round of 32, Roma had gone winless in seven European knock-out games on the road (D1, L6). Their overall away record in springtime Europa League football now reads W4, D2, L2. 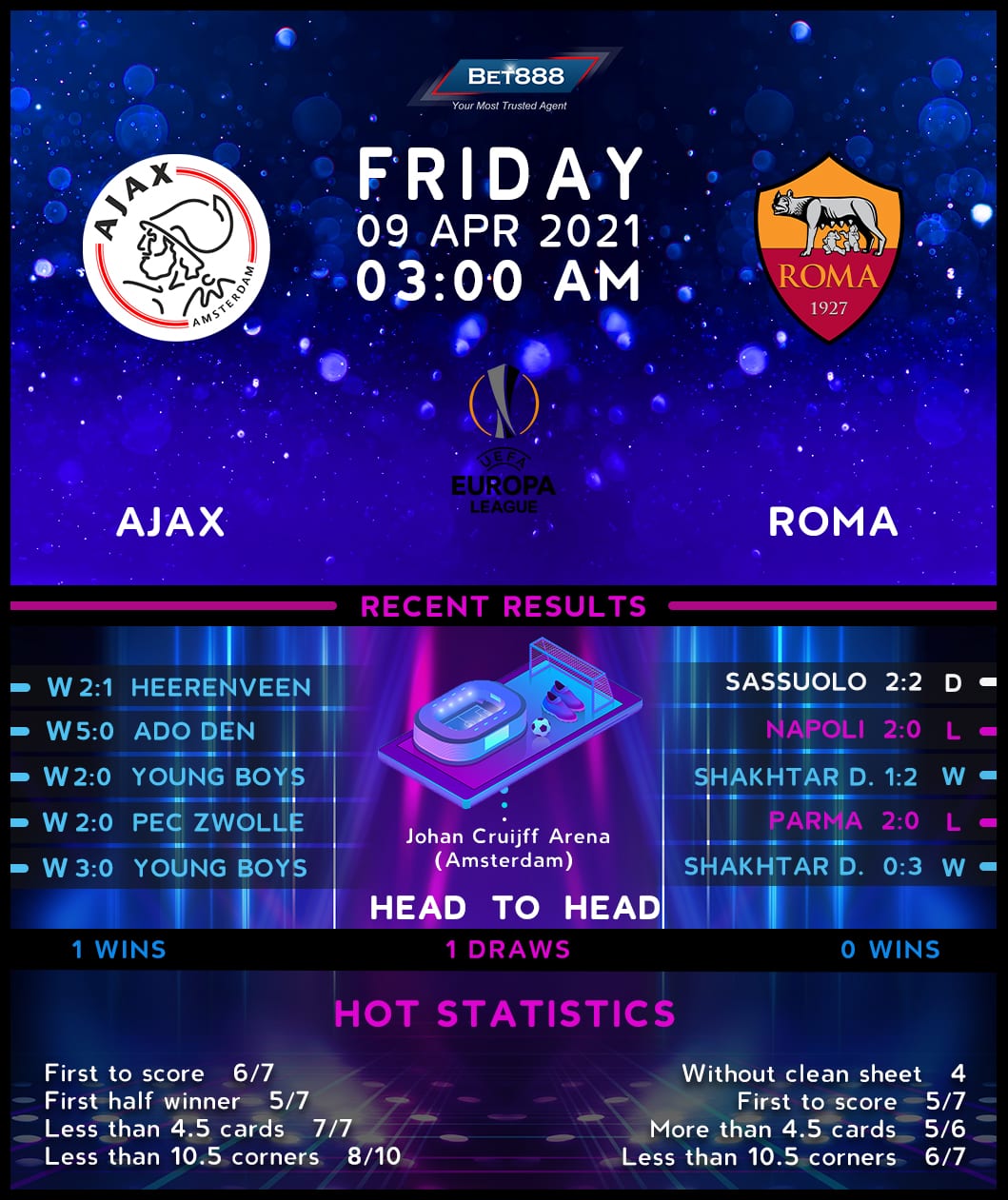