Ajax and Young Boys will square off at the Johan Cruijff Arena in the first leg of their UEFA Europa League Round-of-16 tie.

Ajax won both of their Europa League last-32 clashes against Lille via the identical 2-1 scoreline to reach this stage of the competition for the first time since 2016/17. Like it was the case last season, the ‘Lancers’ started their European campaign in the UEFA Champions League but finished third in their respective group. The Eredivisie giants have won both of their European meetings with Young Boys by an identical 1-0 score. Interestingly, five of Ajax’s eight European fixtures this season have seen over 2.5 goals and both teams on the scoresheet, with Erik ten Hag’s men losing the remaining three by the same 1-0 scoreline. It’s also worth noting that 11 of their last 12 European goals scored/conceded have arrived in the second half of play, with four of their previous five UEFA matches seeing a goal scored on or beyond the 80th minute.

Meanwhile, Young Boys’ heroic performance in the Europa League last-32 saw them eliminate Bundesliga powerhouse Bayer Leverkusen 6-3 on aggregate (4-3 H, 2-0 A). Curiously, the reigning Swiss champions last appeared in the Round of 16 of a major European competition in 1960/61, when they suffered a dismal elimination to Hamburg 3-8 on aggregate. This season alone, Gerardo Seoane’s men have accrued a win, a draw, and a loss in their three away Europa League matches, netting precisely once in each fixture. Young Boys have recently showcased their ability to score late, finding the net beyond the 85-minute mark in each of their last three outings in the competition. Though they enter this meeting as betting underdogs, the visitors can draw confidence from their stellar form in 2021 that has seen them avoid defeat in all 13 competitive games since the turn of the year (W9, D4). 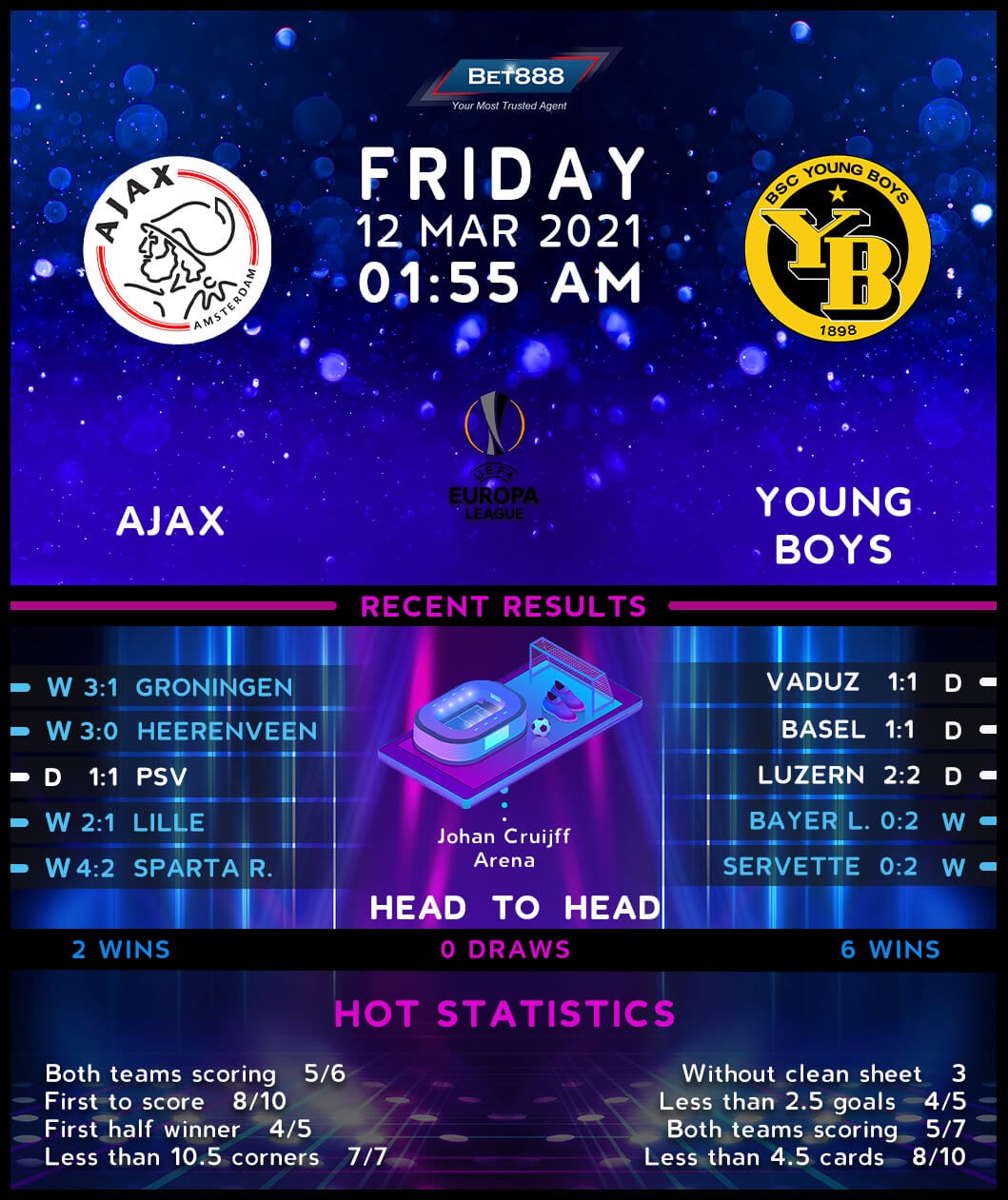