Albania welcome England to the Loro-Boriçi Stadium in the second round of the World Cup Qualifying fixtures.

A narrow 1-0 away triumph in their opening World Cup Qualifying encounter sets Albania up for this showdown against top seeds England, in a one-way traffic H2H that has seen the Albanians lost all four previous editions by a margin of 2+ goals. The hosts can take some comfort from their decent form in recent time that has witnessed them avoid defeat in their last five matches in all competitions (W3, D2) and win four consecutive games overall. A potential success against England would see the ‘Red and Blacks’ put together five triumphs in a row for the first time in their history. Additionally, Edoardo Reja’s men may begin their World Cup Qualifying campaign with back-to-back victories for the second time, last doing so in their qualifying series for the FIFA 2018 World Cup.

On the other hand, England’s 5-0 thumping of Apennine minnows San Marino in their opening Group I outing means none of their last five competitive matches have ended in a draw (W3, L2), four of which have seen the victor keep a clean sheet. However, after winning three consecutive away games without conceding, the visitors have failed to win twice in a row, drawing a blank on each occasion (D1, L1). On the bright side, though, the ‘Three Lions’ have suffered just two defeats in their previous 29 away fixtures in World Cup Qualifying series (W19, D8), last losing such encounter to Ukraine back in October 2009. Furthermore, Gareth Southgate’s men have clocked up 42 goals across their last nine qualifying games for major tournaments (W8, D1), notably scoring 5+ goals on six of those occasions. 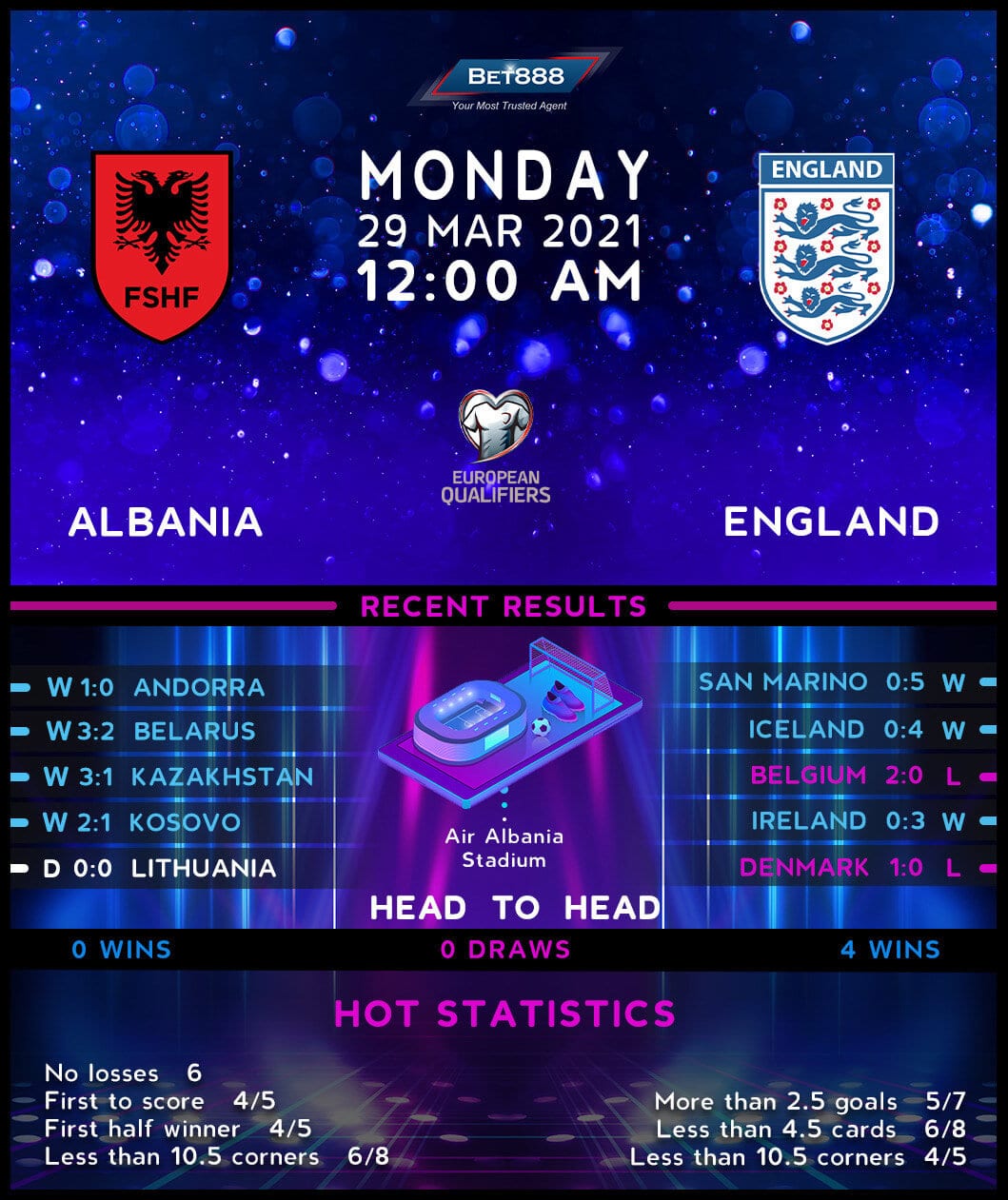