Lille head to the Stade Raymond-Kopa to meet injury-hit Angers, looking to claim all three points and end PSG’s three-year tenure in Ligue 1.

Since being held to a 1-1 home stalemate to Montpellier in early April, Angers haven’t drawn any of their subsequent six Ligue 1 matches (W1, L5), with five of those results (win/loss) seeing the victor keep a clean sheet. Before a 3-0 thumping of Dijon in their most recent home Ligue 1 outing, the hosts had gone winless in six home league games on the bounce (D2, L4). Furthermore, ‘Les Scoïstes’ lost this exact fixture 2-1 back in 2019/21 after avoiding defeat in four consecutive top-flight meetings with Lille at home beforehand (W3, D1). Alarmingly, Stéphane Moulin’s men have failed to win any of their previous 17 Ligue 1 matches against a club starting the day at the top of the tree (D2, L15), losing the last eight in a row.

Lille have gone into overdrive since succumbing to a shocking 2-1 home defeat to Nimes on Matchday 30, putting together seven straight Ligue 1 games without a loss (W5, D2). They enter the season finale with a single-point lead on reigning champions PSG, having won 11 of their last 12 away Ligue 1 matches, with a goalless draw at Monaco in mid-March being the lone exception in this run. Christophe Galtier’s men have been a rock-solid defensive unit this season, conceding a league-low 22 Ligue 1 goals so far. Additionally, ‘Les Dogues’ have kept a clean sheet in the division-highest 61.11% of their away league fixtures this term (11/18), including four of the last five. The one concern could be a lack of concentration before half-time that has seen Lille register seven of their 11 away Ligue 1 goals conceded arrive in the first half of play. 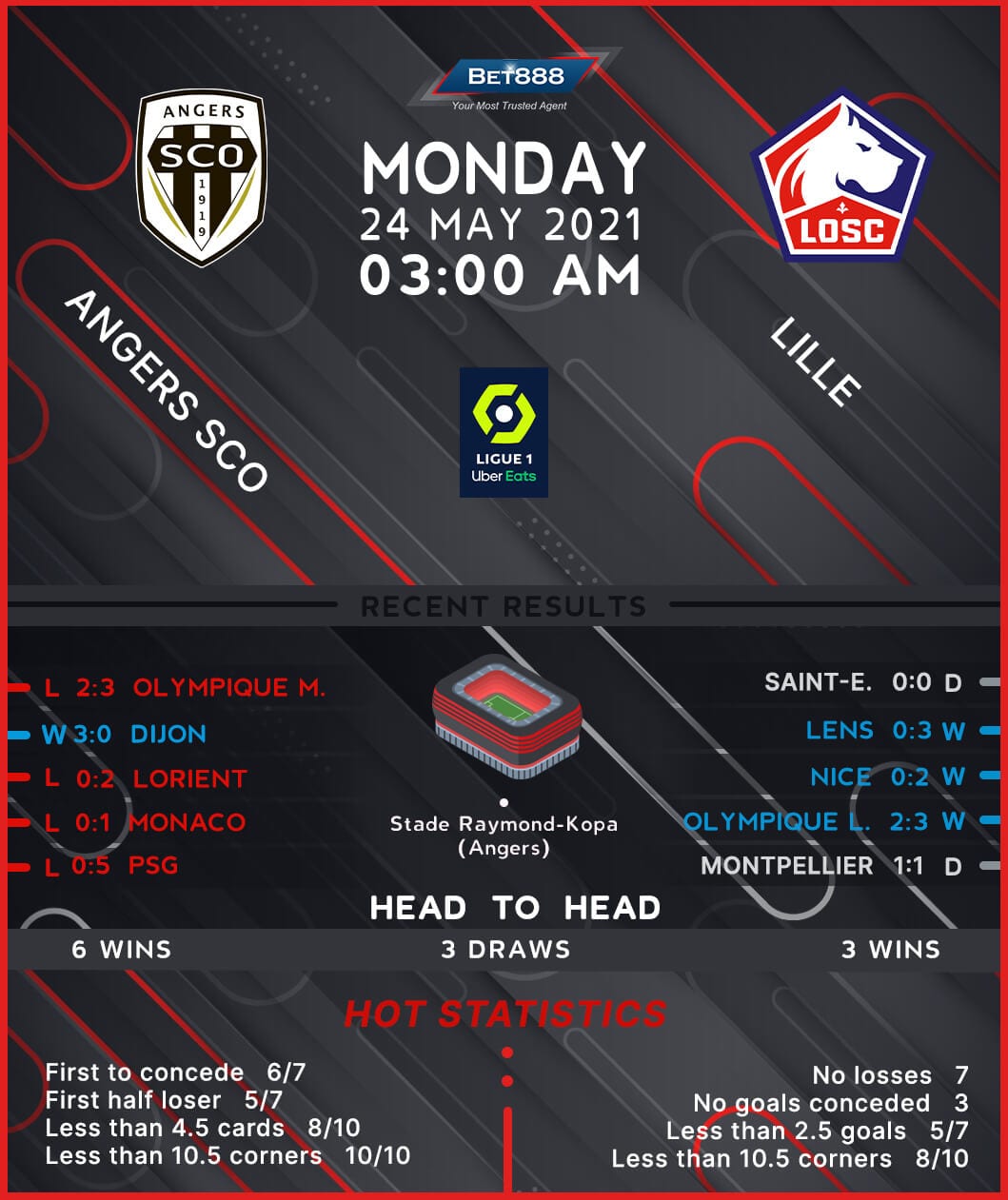