Angers and Rennes are set to lock horns at the Stade Raymond-Kopa in their one-off Coupe de France Round 1 tie.

Angers have been sinking without a trace lately after losing all but two of their last six competitive matches (W1, D1) and failing to score on four occasions in that run. At home, ‘Les Scoïstes’ have alternated between a win and a loss across their previous six outings (W3, L3), beating Nimes 3-1 in their last such fixture. The clean sheet has been a theme at the Stade Raymond-Kopa recently, as five of the last seven competitive matches here have seen one of the sides fail to get on the scoresheet. Against this backdrop, each of the last four competitive meetings between Angers and Rennes has seen over 2.5 goals and both teams on the scoresheet, with two of them producing exactly six FT goals.

In the meantime, Rennes have failed to record a win in five of their last six matches in all competitions (D4, L1), drawing a blank on three of those occasions. Curiously, three of their five goals scored in that six-game sequence arrived inside the opening 20 minutes of play, highlighting the potential for a quick-fire start. Away from home, ‘Les Rennais’ are unbeaten in five consecutive games (W3, D2), keeping a clean sheet four times in the process. However, Rennes’ defensive continuity will be tested against a side they’ve conceded precisely three goals per match against in both of their previous competitive H2Hs held at this venue. Yet, a low-scoring contest is well on the cards, given four of their last six away fixtures in all competitions have featured under 1.5 FT goals. 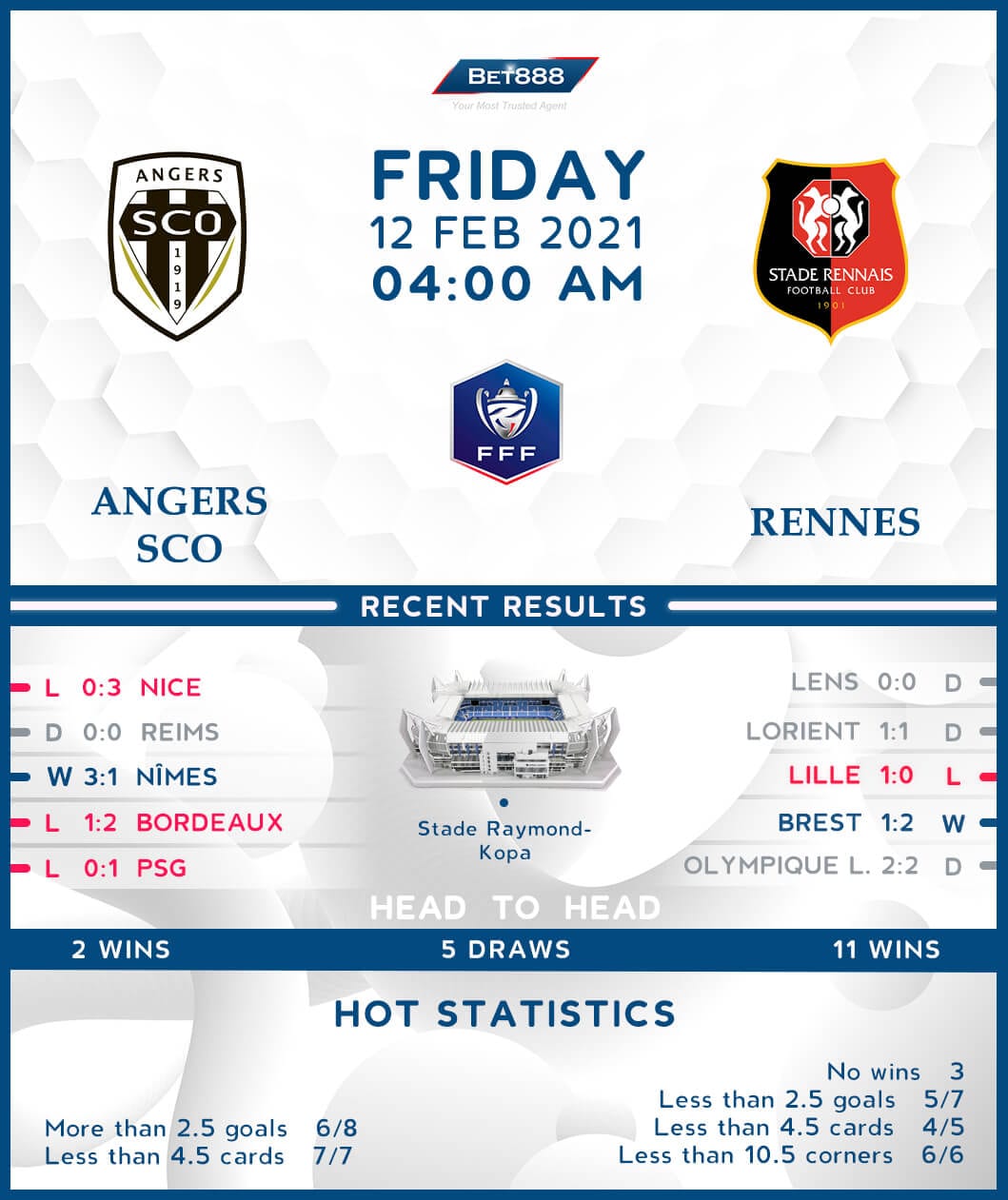