The two sides that have had identical returns from their last five Ligue 1 games (W1, D2, L2) meet at the Stade Raymond-Kopa as Angers take on Saint-Etienne.

Angers ran out 1-0 victors away at Metz last time out, snapping a run of five Ligue 1 fixtures without winning (D2, L3). They now entertain the prospect of securing back-to-back top-flight wins for the first time since the calendar flipped to 2021. Scoring remains an issue for the hosts, as they’ve netted under 1.5 goals in five of their previous six league outings. In fact, no side sitting in the upper half of the table has scored fewer goals than ‘Les Scoïstes’ (33) this term, with Stéphane Moulin’s men managing an average of 1.17 goals scored per Ligue 1 fixture. Topically, Angers’ tally of six Ligue 1 goals scored inside the final 30 minutes of play is the worst in the French top-flight this season.

In the meantime, St Etienne have gone winless in three Ligue 1 matches on the trot (D1, L2) since winning at Rennes on Matchday 25. The visitors go into this encounter frantically looking over their shoulders as they harbor a five-point lead on relegation-threatened Nimes. Encouragingly, however, Claude Puel’s men have picked up two victories in their last five away Ligue 1 games, as many as they had in their 13 road contests in the competition in 2020 (W2, D3, L8). Interestingly, ‘Les Verts’ have found the net after a set-piece play in each of their last four league trips. But, St Etienne will want to avoid conceding the opening goal at all costs, as they have failed to win any of their 13 Ligue 1 fixtures in which they fell behind this term (D3, L10). 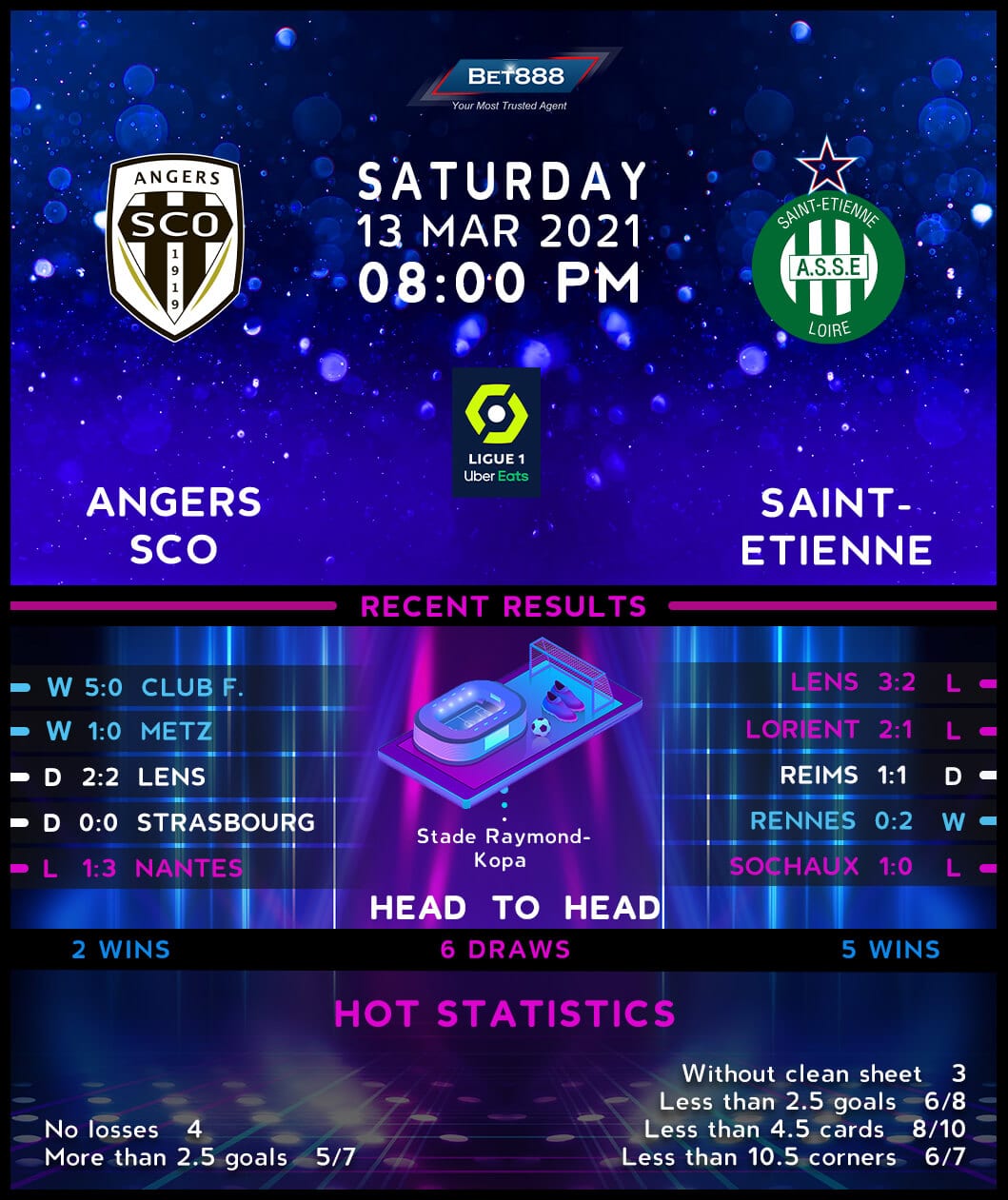