Corendon Airlines Park plays host to the first-ever encounter between Antalyaspor and Napoli.

Following an abysmal nine-game start to the 2022/23 Super Lig season (W2, D1, L6), Antalyaspor hit their stride on the brink of the World Cup break, putting together three consecutive league wins, including a 4-2 humbling of Fatih Karagumruk last time out. After fighting their way into mid-table comforts, Nuri Sahin’s players thumped second-tier Pendikspor 3-0 in the inaugural cup round. But while they did fare superbly in the pre-World Cup matches, the ‘Scorpions’ conceded on either side of halftime in a 2-1 loss to Maccabi Tel Aviv in their opening mid-season friendly. Yet high scoring remains a common theme in Antalya’s recent fixtures, with five of their last six games featuring over 2.5 total goals, suggesting the Corendon Airlines Park crowd could be in for a treat.

Anything less would be surprising as runaway Serie A leaders Napoli touch down in Turkey’s capital to embark on their mid-season preparation. Hellbent on halting the club’s infamous 32-year wait for the Scudetto, Luciano Spalletti’s men have taken Serie A by storm this season, going unbeaten in all 15 league games (W13, D2) while winning the last three in a row via an aggregate score of 7-3. Except for a 2-0 defeat at Liverpool on the final Champions League group-stage matchday, when they already had a top spot in the group in the bag, ‘I Partenopei’ haven’t lost any of their 20 competitive fixtures in 2022/23 (W18, D2). Having developed into one of the most formidable teams in Europe, let alone Italy, Napoli will hope to carry that momentum when club football restarts. 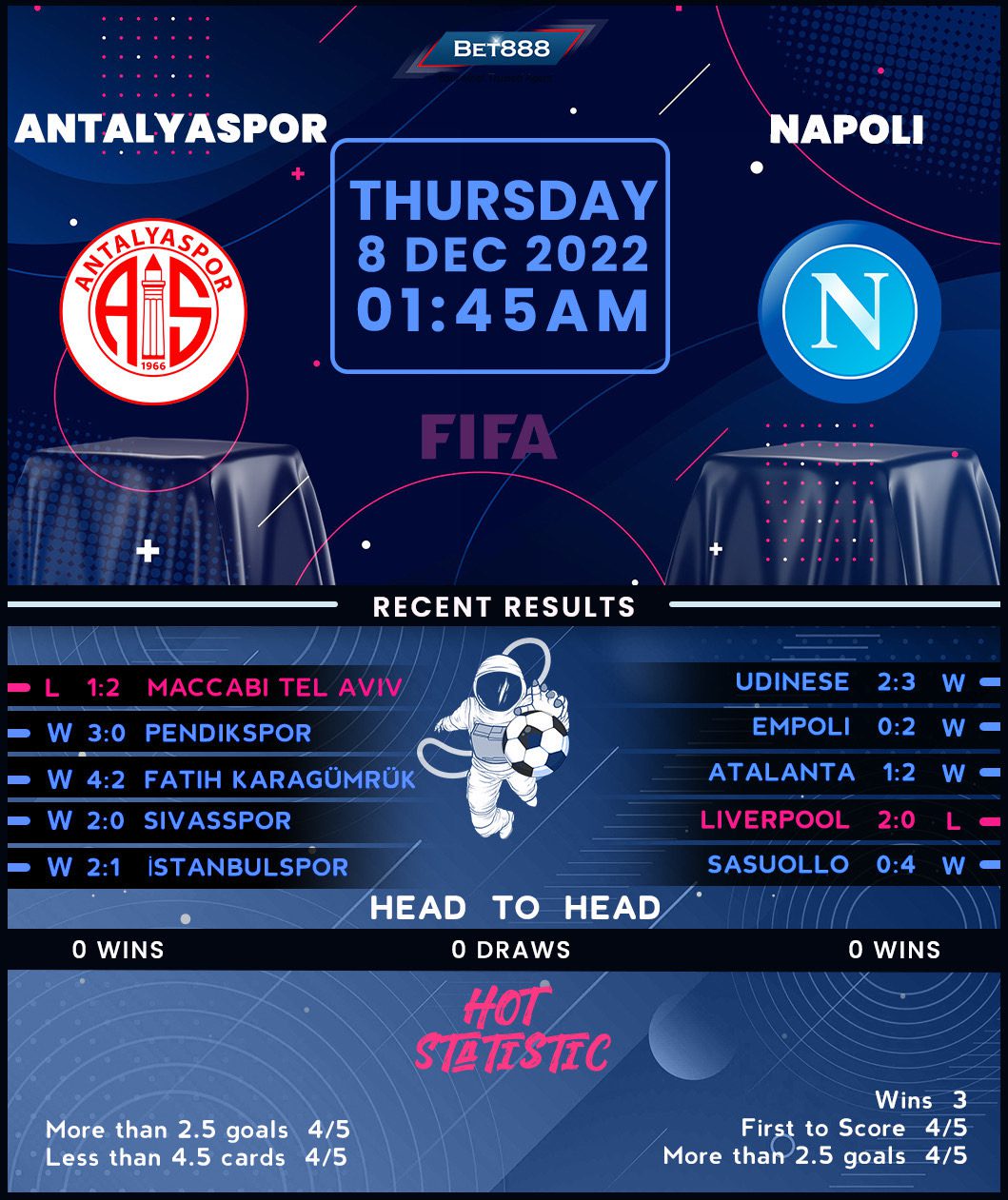