The fifth round of CONMEBOL World Cup Qualifying continues as Argentina welcome Chile to the Estadio Unico Madre de Ciudades, looking to preserve their unbeaten start to the competition.

Only Brazil (W4) have enjoyed a better start to the World Cup Qualifying campaign than Argentina, who tallied three wins in their opening four games (D1). Argentina’s tendency to prevail in tight, keenly-contested affairs has seen two of their three qualifying victories yield a single-goal margin. Delivering action from the onset, each of Argentina’s four qualifying games has seen the opener scored by the 24th minute. In fact, they have found the net before half-time each time in this World Cup Qualifying edition. Since finishing third in the previous Copa America, ‘La Albiceleste’ haven’t lost any of their subsequent ten outings, friendlies included (W6, D4). However, Lionel Scaloni’s men failed to impress as pre-match favorites during that sequence, winning just four of seven such encounters (D3).

On the other hand, the visitors have started their World Cup Qualifying campaign with a whimper rather than a bang, picking up just a single win from their opening four qualifying fixtures (D1, L2). Chile’s defensive woes saw them concede in both halves in three of those four matches, with each of their three second-half goals shipped in that period coming beyond the 80th minute. Despite their indifferent form, ‘La Roja’ have been a fun team to watch away from home following their 2019 Copa America exit, with four of their five games on the road in that stretch seeing over 2.5 goals and both teams on the scoresheet (W1, D1, L3). Worryingly, though, Chile have failed to beat Argentina within 90 minutes since 2008, losing six of their last nine encounters in various competitions (D3). 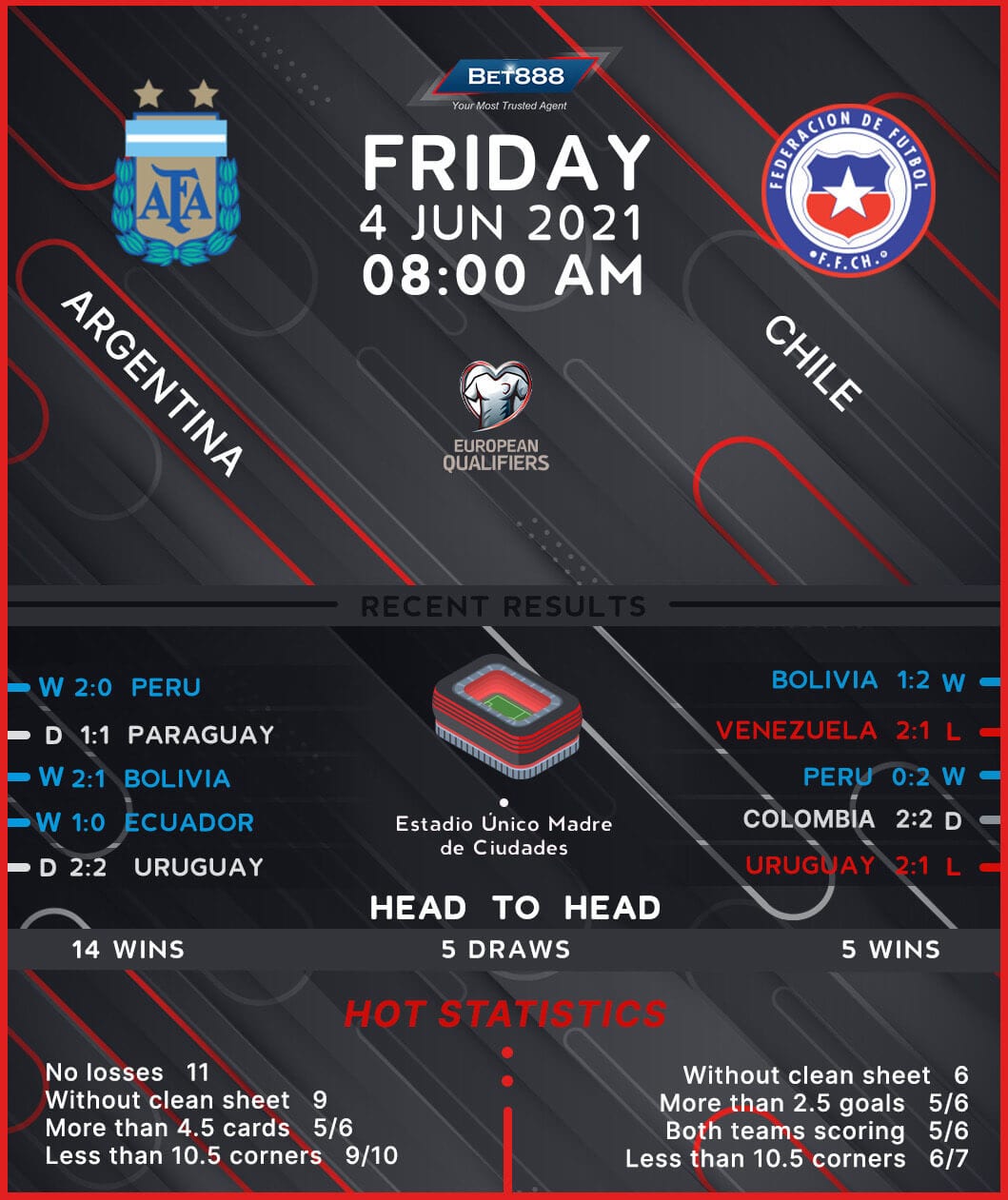