Since crashing out of the Copa America 2019 semi-finals to arch-rivals Brazil, the Argentineans have gone unbeaten in their subsequent 13 international matches, friendlies included (W7, D7). However, Lionel Scaloni has to be wary of the fact his men have won just once in their last three competitive fixtures despite scoring the opening goal on each occasion (W1, D2). Argentina’s return to the Estadio Olimpico Nilton Santos might stir some unpleasant memories within the ‘La Albiceleste camp,’ as their last contest at this venue resulted in a 1-0 extra-time loss to Germany in the 2014 World Cup final. Another psychological setback for Argentina could be that they’ve lost each of their last four Copa America finals since winning the crown in 1993, including the two most recent losses to Chile in 2015 and 2016.

On the other hand, the Chileans have avoided defeat in each of their three international games in 2021 (W1, D2), with the last two yielding the identical 1-1 scoreline. Chile’s defensive woes have seen them keep just one clean sheet in their previous eight internationals. ‘La Roja’ are highly motivated to spark the winning mentality again after missing out on the 2018 World Cup tournament as they go up against a side they’ve failed to overcome in their last ten competitive encounters (90 minutes only – D4, L6). Playing the Copa America finals in Brazil has proved fatal to Chile’s hopes of establishing continental dominance, considering they have failed to progress from the group stage four times in the last five tournaments hosted by Brazil. 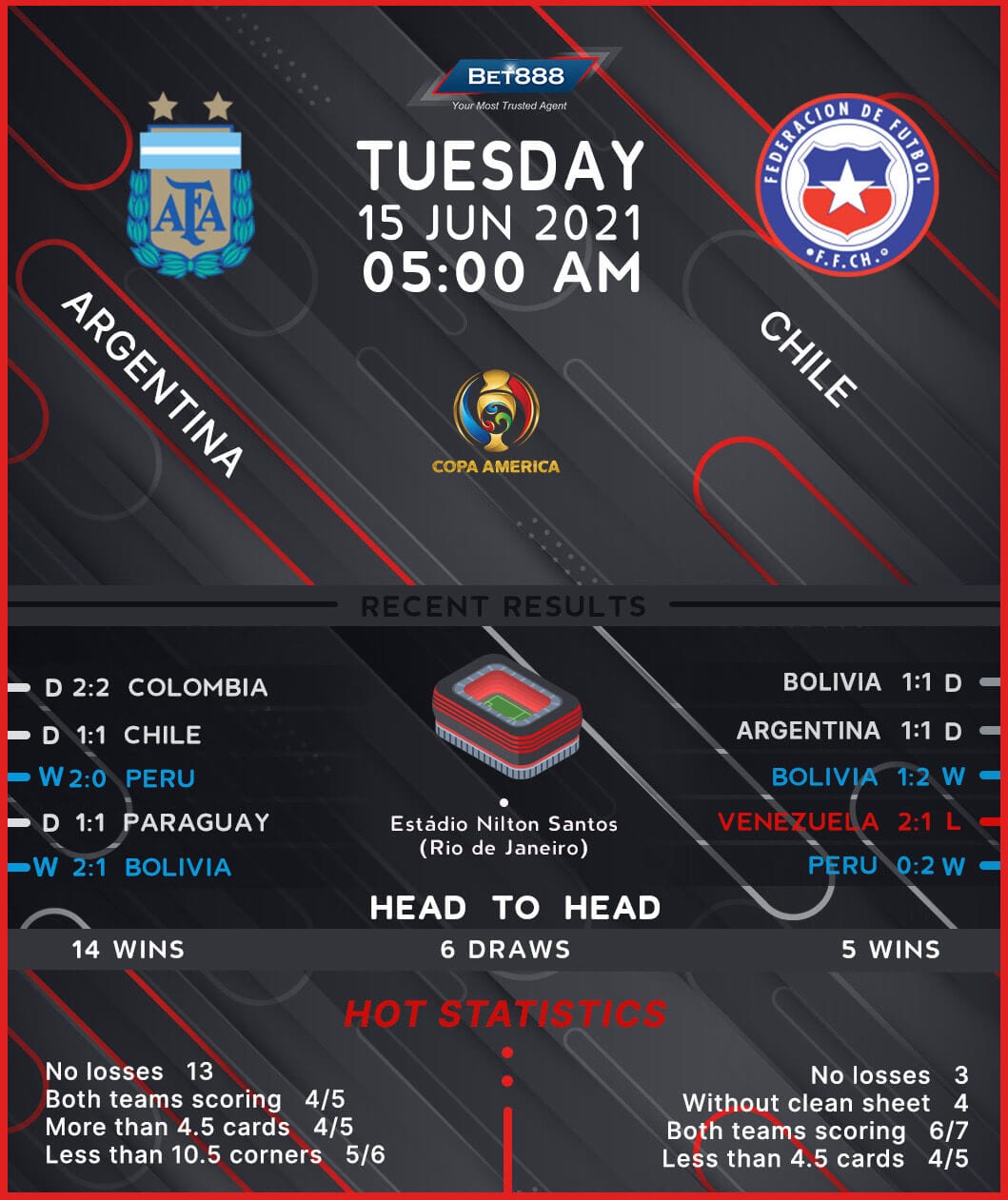