Familiar foes are set to trade tackles at the Estádio Nacional de Brasília as Argentina take on Paraguay in an intriguing Copa America 2021 clash.

After failing to hold onto a half-time lead against Chile in their inaugural Copa America 2021 fixture (1-1), Argentina eked out a 1-0 win over Uruguay last time out to kick-start their continental journey. Seeking a top-two finish in Group A that is likely to help them avoid Brazil and Colombia in the quarter-finals, the Argentineans go up against a Paraguay side they haven’t lost to in any of their 25 Copa America H2Hs (W19, D6). With the said, ‘La Albiceleste’ head into proceedings winless in their last four meetings with Paraguay (D1, L2), a sequence that saw them score just a single goal from open play. Curiously, Lionel Scaloni’s men have opened the scoring within 33 minutes in each of their four internationals in 2021 but failed to score beyond the 35-minute mark on three occasions.

In the meantime, Paraguay staged a breathtaking second-half comeback to defeat Bolivia 3-1 in their Group A opener, ending a run of four matches without a win (D3, L1). Despite last winning the tournament in 1979, the Paraguayans are confident of at least making the quarter-finals, having progressed from the Copa America group stages nine times in their last 11 appearances. Paraguay’s victory against Bolivia was actually their first Copa America success in 12 matches (D6, L5) if considered just 90 minutes of play. ‘Los Guaraníes’ are now aiming to begin their Copa America journey with back-to-back wins for the first time since 2007 as they meet a team they’ve failed to defeat in their last four Copa America group stage H2Hs (D3, L1). 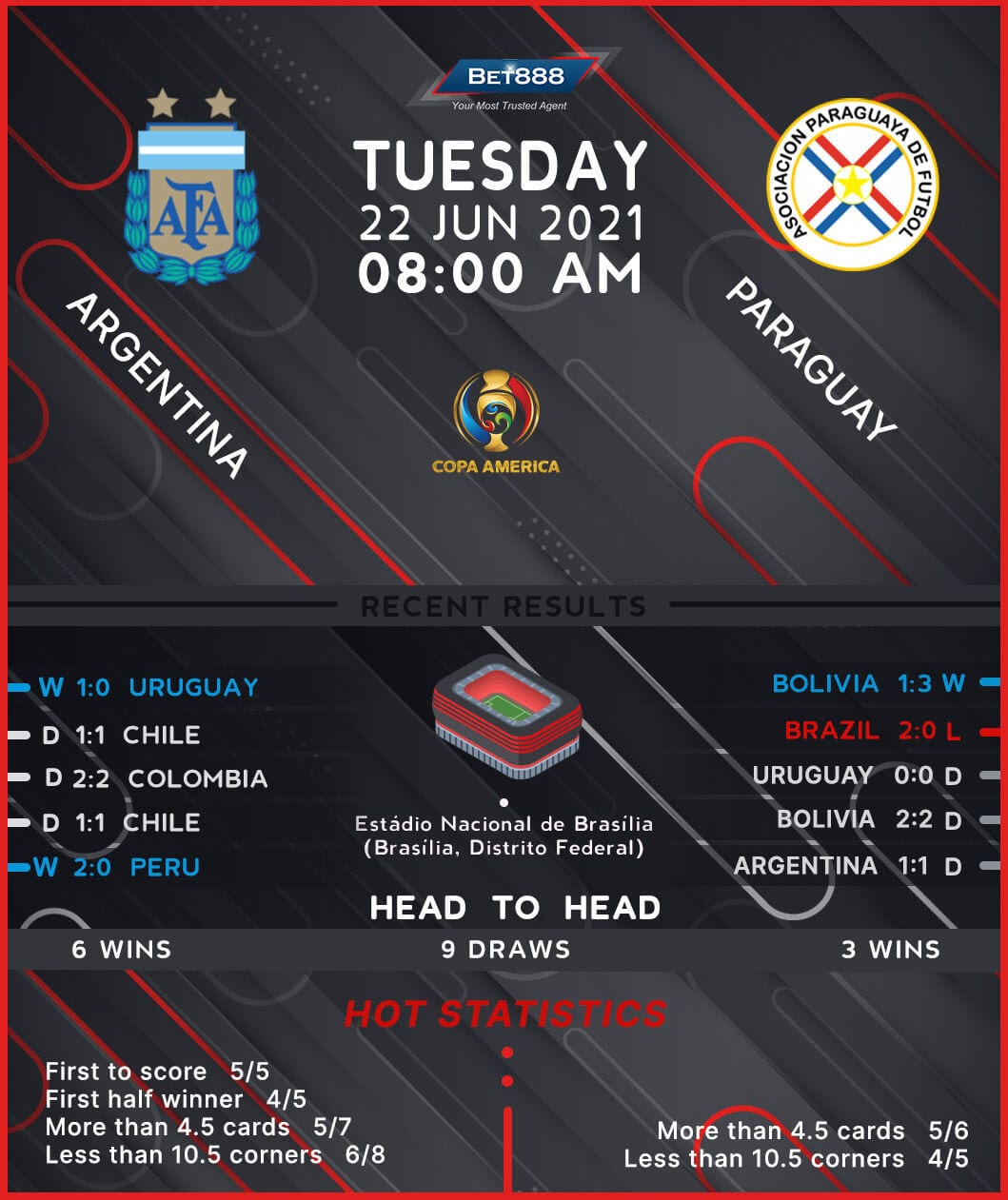