Argentina and Uruguay are set to square off at the Estádio Nacional de Brasília in the latter’s Copa America 2021 curtain-raiser.

Argentina squandered a half-time lead to draw 1-1 with Chile in their Copa America 2021 curtain-raiser, extending their unbeaten run to 14 matches (W7, D7). The Argentineans head into this encounter on the back of three consecutive stalemates, all of which saw them score the first-half opener. Argentina’s inability to capitalize on early leads has to be pinned on the clueless second-half performances that have seen them record just one of their last ten goals scored beyond half-time. Encouragingly, though, ‘La Albiceleste’ have come out victorious in each of their four previous Copa America round-robin meetings with Uruguay, keeping a clean sheet three times in the process. Additionally, Argentina are unbeaten in the last four ‘Clasico del Rio de la Plata’ editions (W2, D2), preventing Uruguay from scoring three times in that period.

Although they are the most successful team in Copa America history with 15 triumphs, Uruguay go into the tournament in the midst of a rough patch, having drawn a blank in each of their last three international outings (D2, L1). Since winning their last Copa America title in 2011, the Uruguayans have failed to go beyond the tournament’s quarter-finals and head into this encounter as underdogs. Uruguay’s disappointing H2H record against Argentina in their previous ten H2H meetings is worrying (W1, D3, L6), as is the fact they have averaged just 0.7 goals per game in that period. Topically, Oscar Tabarez’s men have failed to get on the scoresheet six times in their last ten matches against Argentina, which is in line with their recent scoring issues. 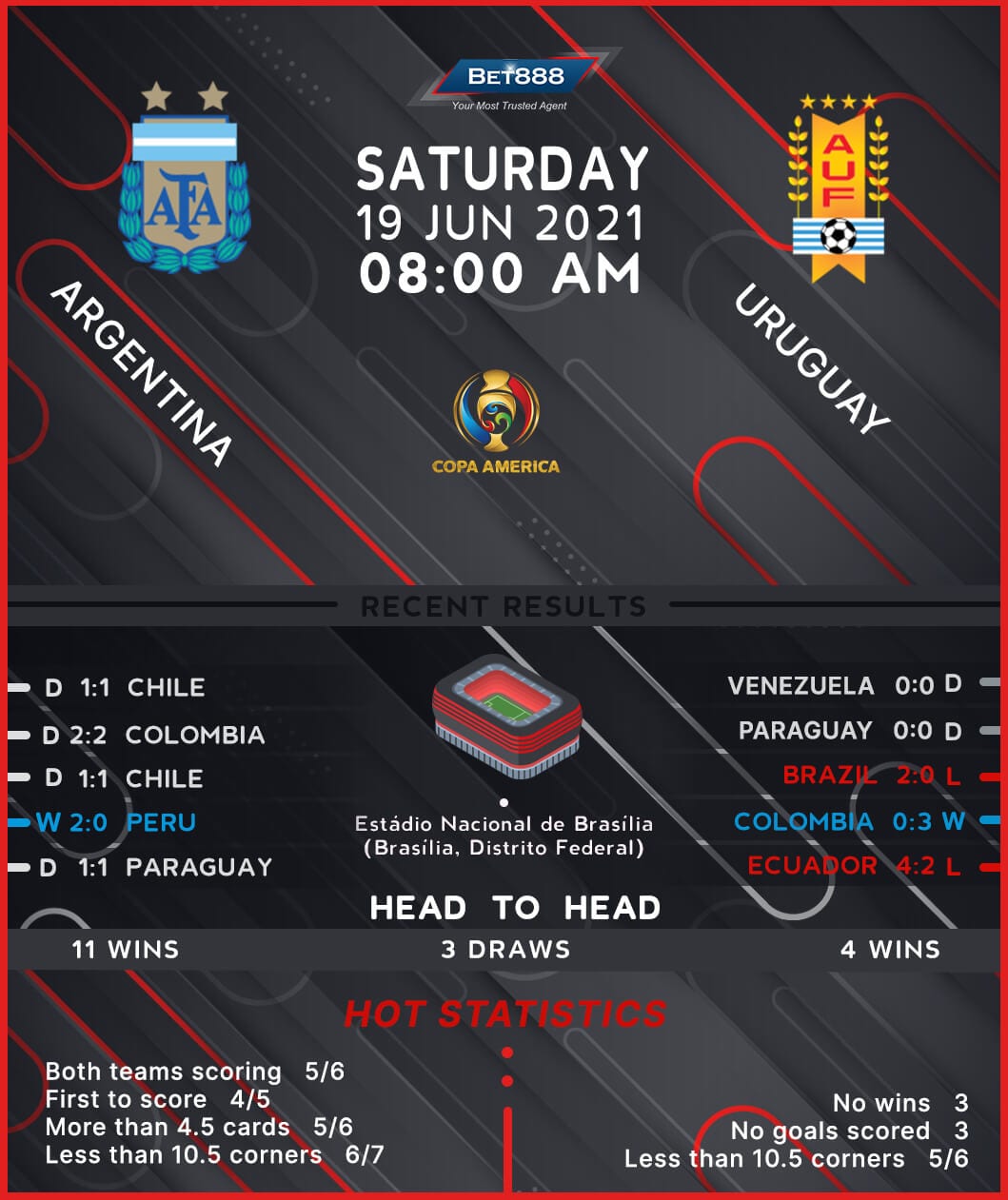