Argentinos Juniors’ form wobble continued with a goalless away draw with domestic opposition Independiente last time out, meaning they’ve returned just one win from their previous five matches in all competitions (D2, L2). The low-scoring theme has been the only constant in the hosts’ recent competitive games, as witnessed by the fact that 13 of their previous 14 outings have featured under 2.5 total goals, including the last seven in a row. On the bright side, ‘El Bicho’ have turned the Estadio Diego Armando Maradona into a fortress lately, suffering just one defeat in their last eight competitive home fixtures (W5, D2), a sequence that saw them register five clean sheets. Having that said, Gabriel Milito’s men are winless in three consecutive competitive H2Hs with River Plate on home turf (D1, L2).

In the meantime, the visitors have gone winless in the successive competitive games (D1, L2) since beating Santa Fe at home in mid-May, with the opening goal in each of those three fixtures coming within 25 minutes of play. Indeed, that victory remains River Plate’s solitary success in six competitive matches (D3, L2), with ‘Los Millonarios’ failing to keep a single clean sheet in that period. It gets worse away from home, where Enzo Francescoli’s men are winless in their last five encounters across all competitions (D4, L1 – 90 mins only), netting under 1.5 goals on each occasion. On the flip side, River Plate are undefeated in their previous eight away Copa Libertadores matches (W3, D5), with 62.5% of those clashes featuring under 2.5 total goals. 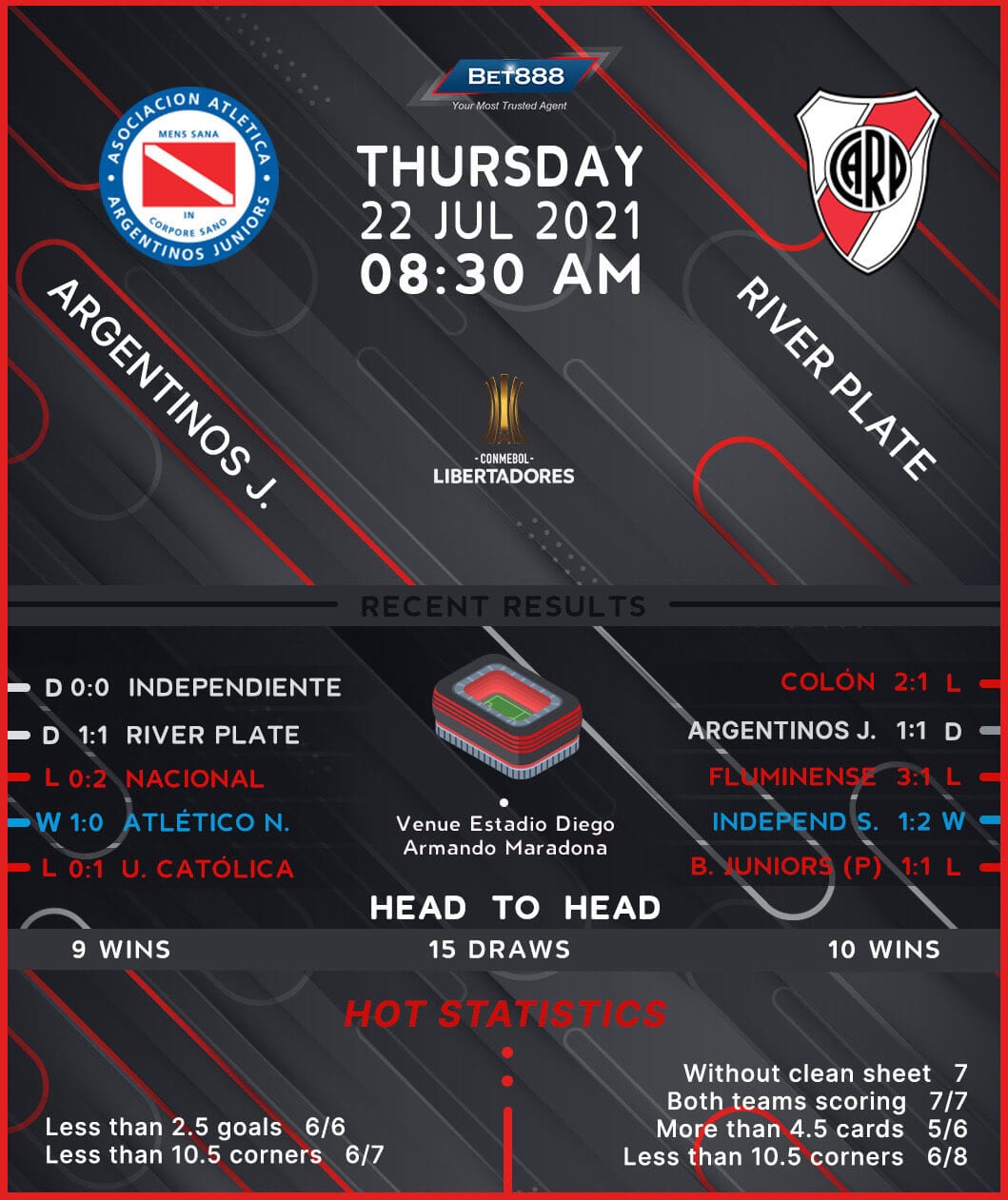